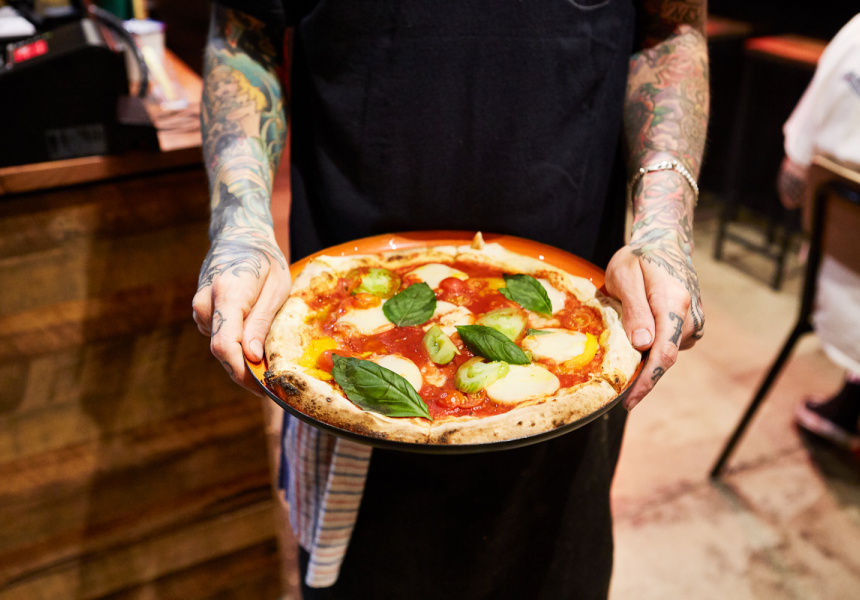 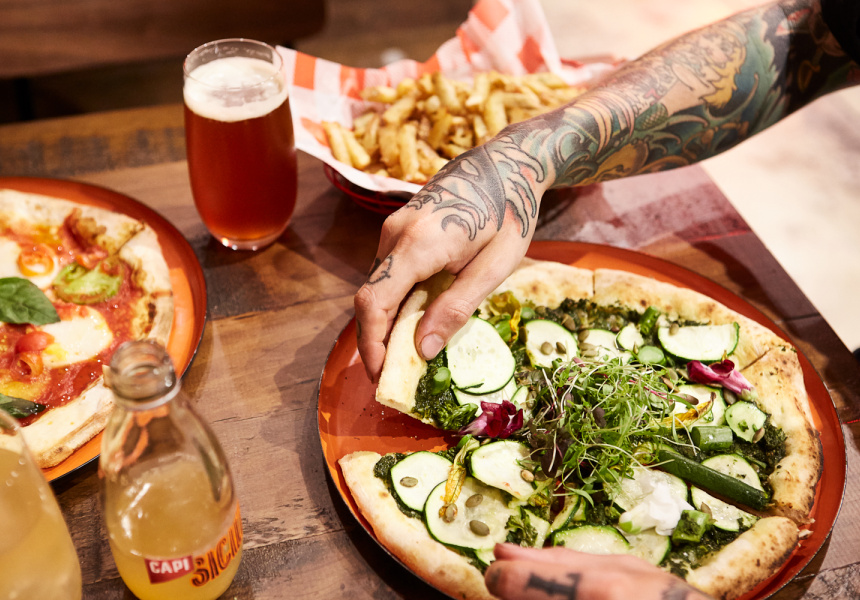 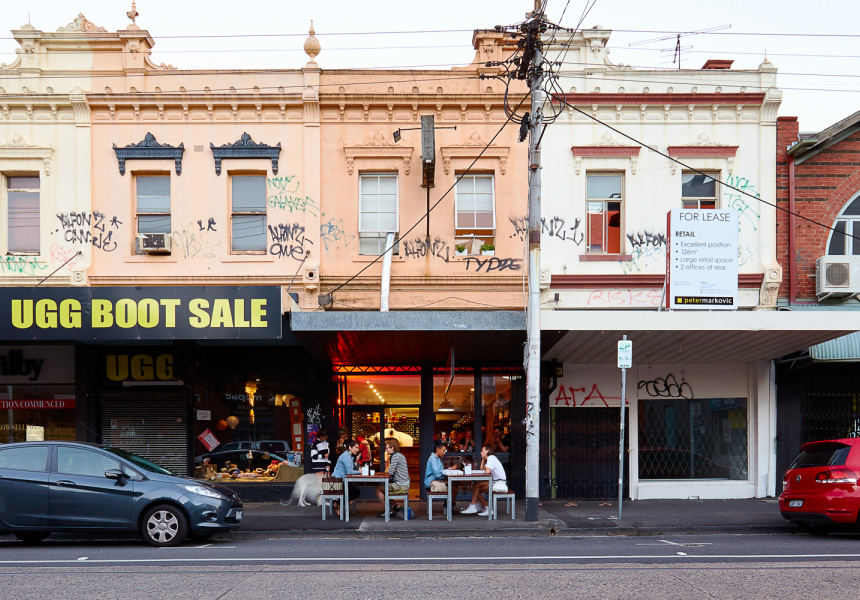 Working as a chef in Glasgow, Michael Craig saw the sheer number of animals and animal products that came into a commercial kitchen and were consumed daily. For ethical reasons, he stopped eating meat.

After 12 years as a chef – 10 of them as a vegetarian – he decided to open his own restaurant. When deciding what to serve, Craig simply asked himself, “What do I like to eat?”

His answer: wood-fired pizza using ingredients sourced from around Melbourne, Italy and the US – and it had to be vegan. He’d been inspired by the passion and conviction of local vegan restaurateurs – who serve great food without compromising their ethics – when working as head chef at Trippy Taco in 2013, and while looking for restaurant spaces in Fitzroy and Collingwood.

“Restaurants in the area like Smith & Daughters prove that if you do what you believe in, you can make it work,” he says.

Stepping inside Red Sparrow, your eyes are drawn to the hulking pizza oven in the front, which was imported in pieces from Italy and assembled in the shop. It’s held up by a four-legged metal frame that took Craig and five others to carry.

Craig’s partner, Shelley Scott, did much of the design – and furniture-building – herself, with the help of Bangs Boutique in Collingwood. Scott made the bench seats by hand and also did most of the interior painting and decorating. At the entrance, the neon red sparrow mounted on the brick wall is based on a sketch by Scott.

The name comes from a character in one of Craig’s favourite novels, Pulp by Charles Bukowski. The story follows a private eye who tracks the elusive something or someone known only in the book as “Red Sparrow”. The name felt appropriate for a food truck, which was Craig’s initial plan, but the name stuck when he decided to do a restaurant.

Craig has spent a decade tasting various vegan meats and cheeses, and is only serving the ones he likes to eat. A slice of pepperoni pizza has “meat” made from organic gluten and tofu with the same spices and herbs that normally go into pepperoni sausages.

The plant-centric Supergreen pizza is topped with spinach and kale pesto, zucchini, broccolini and pepitas. “This one doesn’t require any cheese substitutes,” he says. It’s one of his favourites.

If you’re in need of cheese though, order the Bianca pizza. It has a white base, confit garlic, potato, leek, rosemary, mozzarella and vegan parmesan. This version of mozzarella is made with mostly coconut oil and tapioca, making it melty and stretchy. The parmesan is made with coconut and coconut oil, and is a staff favourite.

Craig knows Melbourne does pizza well, but he feels there’s demand for a place that is dedicated to cruelty-free ingredients. He hopes Red Sparrow will compete with Melbourne’s pizza restaurants, rather than Melbourne’s vegan restaurants.

“Yes we’re a vegan pizzeria, but we’re also just a pizzeria,” he says.