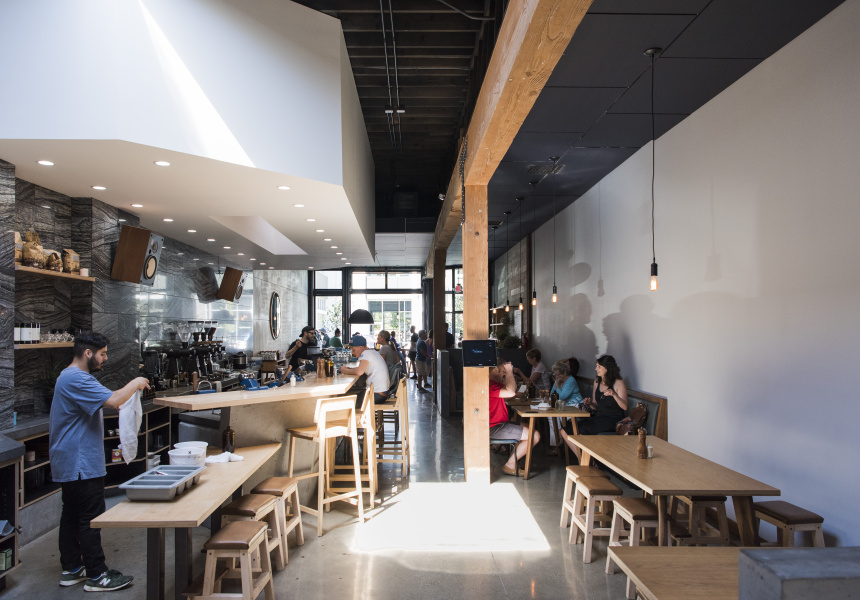 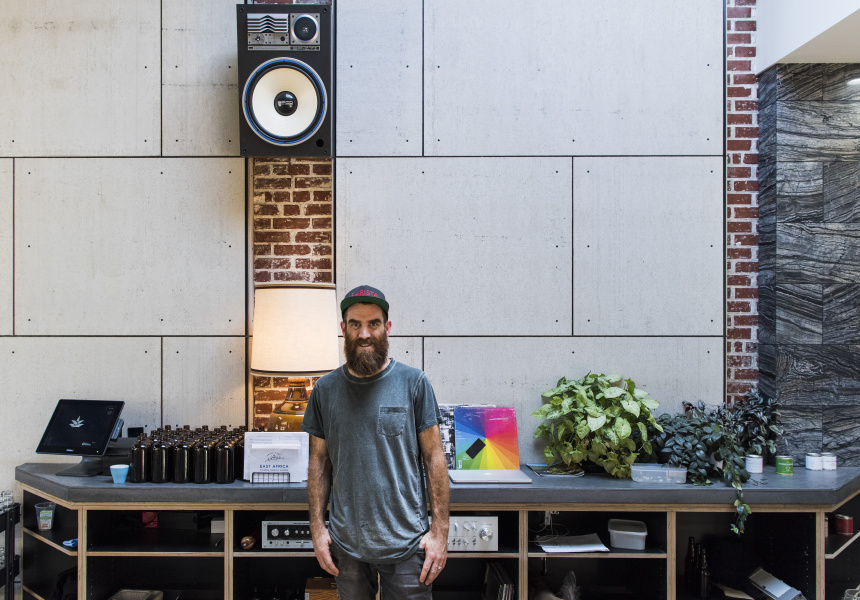 Last time we caught up with Nolan Hirte, he was preparing to open Proud Mary in Portland, USA.

“I think a lot of people read that story as, ‘Nolan’s going to go over, set it up and fuck off. Then there’ll be this soulless shell of Proud Mary,’” he says.

Not quite. The man behind Proud’s – and sister cafes Aunty Peg’s and Stagger Lee’s – has handed the Australian operation over to his brother; sold “everything” in his house (and the three treasured 1970s sports cars outside); and moved with his wife and two young children to the States for good. Portland is his first step to hopefully cracking the US, where he wants to sell canned cold-brew in supermarkets and open a second cafe in Austin, Texas.

It’s hard to believe, but in the land of Walmart greeters and tip-driven restaurants, American cafes can be somewhat impersonal. At most coffee shops, you line up to place your order, take your own coffee or food to the table and clear it when you’re done. And the menus, they can be a little … underwhelming.

It’s in this environment that friendly Australian cafes such as Bluestone Lane in New York, Paramount Coffee Project in LA and Common Room Roasters in California are flourishing.

Proud Mary joined what has become a well-publicised movement in June, opening its first American outpost in a former garage in Alberta, a neighbourhood in Portland’s northeast. Hirte and his dad designed and built the place with help from a friend, employing red brick, concrete, timber and naked cement sheet. “It’s got our personality in it,” he says.

He also built the stools himself – based on a more rudimentary IKEA design – with maple and walnut wood, and leather to make them more durable and attractive.

As at any cafe in Melbourne, customers are greeted as they walk in, then offered a table. Hirte says this makes many people uncomfortable at first: “They feel kind of bad, like they’ve walked into a restaurant when they just want a coffee.”

“It’s totally blowing people’s minds,” he says. “I sit them down and say, ‘Welcome to Proud Mary, is it your first time? Here’s the menu, on this side are all the drinks. We have freshly squeezed juice, smoothies, milkshakes, kombucha, specialty tea, specialty coffee and we roast everything in-house.’ You can just see them very quickly get overwhelmed and go, ‘Whoa, whoa, whoa. Okay. I think I need a minute to look through.’”

In line with Proud Mary’s mission to bring something different to Portland, Hirte’s kept the coffee all-Australian. The long black is called a long black, not an Americano. The cappuccino comes with chocolate dust on top. And when anyone asks if they can have a batch brew (percolator) coffee with cream on the side, Hirte says, “Yeah, you can, but have you had a flat white?”

Same goes for the food. Aussie chef Barney Hannegan has been sending out soft-shell crab burgers, ricotta hotcakes and other Melbourne cafe staples. To us, they’re familiar, maybe even boring. In Portland, this is uncommon cafe food.

Which brings us to why Hirte is here. To make money and spread a bit of genuine Australian culture, sure, but also to relive the magic he felt in his early days in Melbourne, co-owning Liar Liar and opening Proud’s in 2009.

“I have so much love for what Melbourne’s been able to do for us,” he says. “I’ve always been able to get as crazy as I want with my ideas about coffee. There’s always been someone to say, ‘Thank you, man.’ But in the last few years, it’s been harder and harder for me to excite customers. I’m pouring my heart and soul out and I’m feeling exhausted and flat at the end of the day from not seeing it come back.

“So for the first time in what feels like 10 years, I had a customer get out of her seat, come over to me and say, ‘Hey, can I give you a hug?’ She gave me this big hug and said, ‘Thank you, so much for coming to Portland.’ It was so heartfelt and genuine. That was exactly what I needed.”