A Dedicated Beer Bar for Armadale

Rustic, relaxed and more than 400 beers in the fridge at The Otter’s Promise. 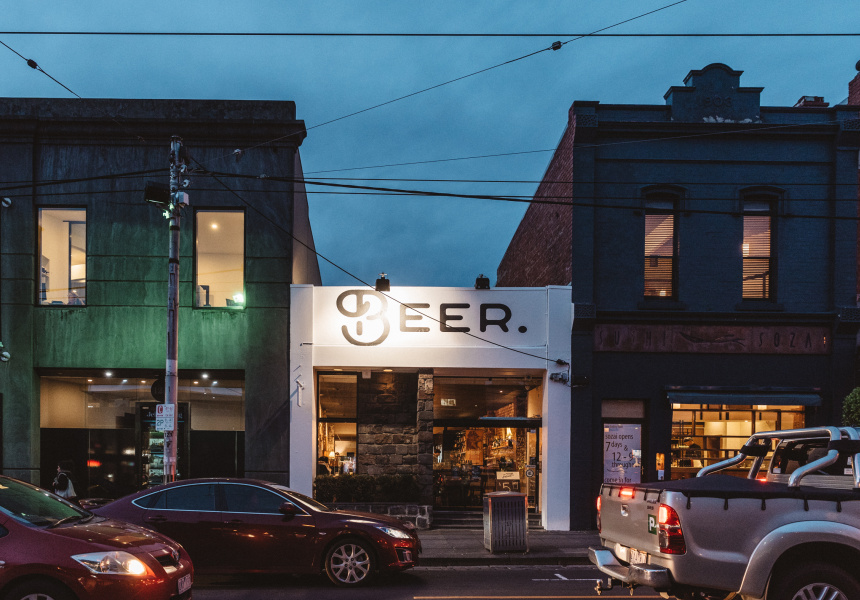 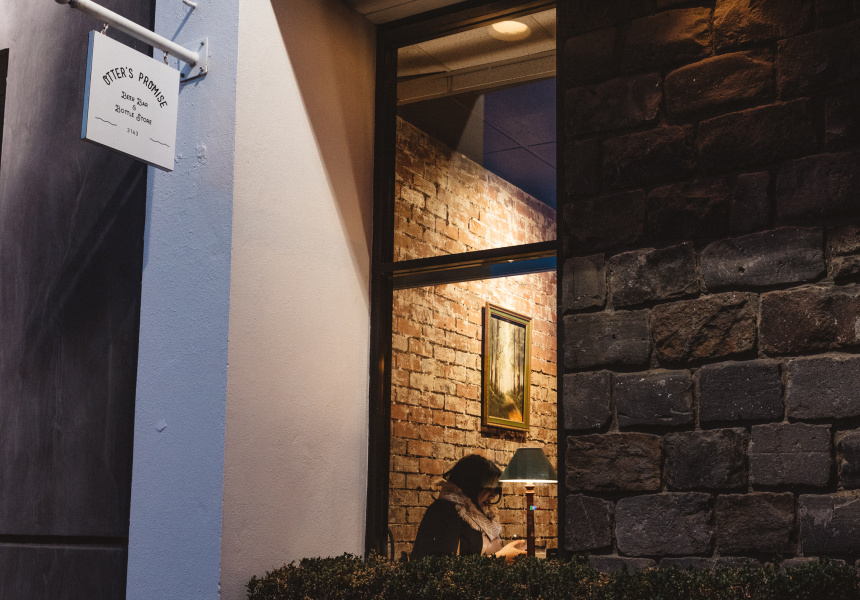 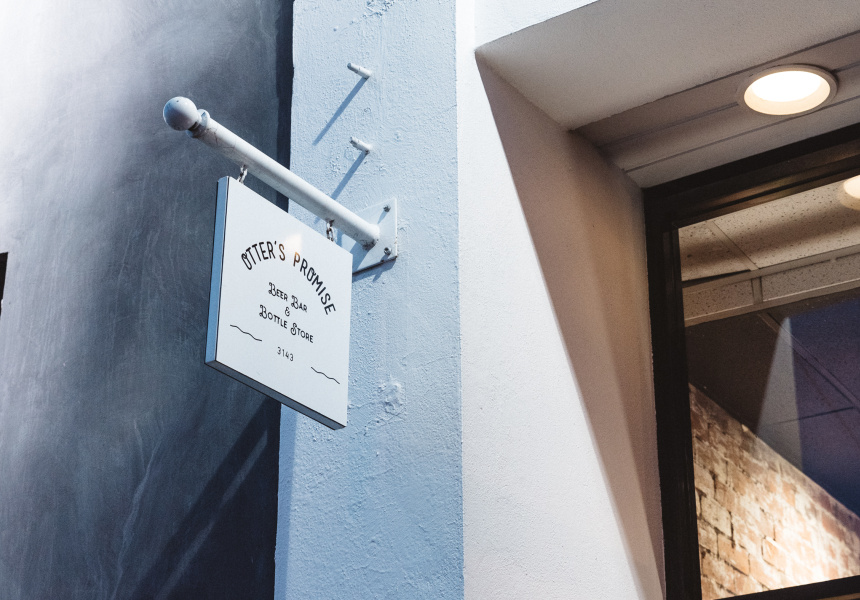 “Beer should be fun.” That’s the message from The Otter’s Promise owner, Dan Taranto.

The Armadale bar began as a takeaway-only stop in December last year, but with its licence approved, customers can now stay for a drink. There are more than 400 beers in the fridge, the majority of which are Australian, and six taps that rotate regularly through local options – currently beers by Kaiju, 3 Ravens and Bad Shepherd are on offer.

The wine list is small with a focus on quality at a good price. Wine from niche Australian producers such as Lucy Margaux, Jamsheed and Heartland can be bought by the glass. Spirits also lean local, with Starward, Melbourne Moonshine and Four Pillars Gin all featuring in the tight selection.

Taranto’s background is in engineering, but after a decade in the industry, he needed a change. He spent time as a social worker, then made bagels with 5 & Dime.

“While I was at 5 & Dime I thought I’d like to do my own thing and be my own boss and I’ve always been into beer and loved craft beer,” he says.

That love dates back to the ’90s and early ’00s, when he discovered beers such as Matilda Bay Redback, Jameson Beast and Grand Ridge Moonshine. During a trip to the US he saw the community that was building around craft beer, and when he returned to Australia he began volunteering at events and breweries. He says customers are increasingly excited by what Australian beer has to offer. That’s reflected in his range.

“It’s growing to be more and more Australian. We have some good stuff from Europe, the States and New Zealand, but at the moment it’s crazy in Australia,” he says.

The decor is sparse but homey, with a rustic vibe, exposed brick and a bespoke bar made from recycled timber. Op-shop paintings, old lamps, and a pair of snowshoes on the wall lend a North American feel. The name is a combination of two popular malts – Maris Otter and Golden Promise –used in the brewing process.

The bottleshop-and-bar concept is increasingly popular around Melbourne, and Taranto says places such as Slowbeer and Carwyn Cellars helped inspire his venue. “We aren’t doing anything new for Melbourne, but it’s new for this part of Melbourne,” he says of Armadale. “It lacked a good casual place to get a beer. There are a few places with taps but things are mostly wine focused.”

Outdoor seating is on the way for summer, and it hosts regular tastings, education sessions and events. Food is minimal, with snacks over the bar, but people are able to order takeaway or delivery from neighbouring restaurants.