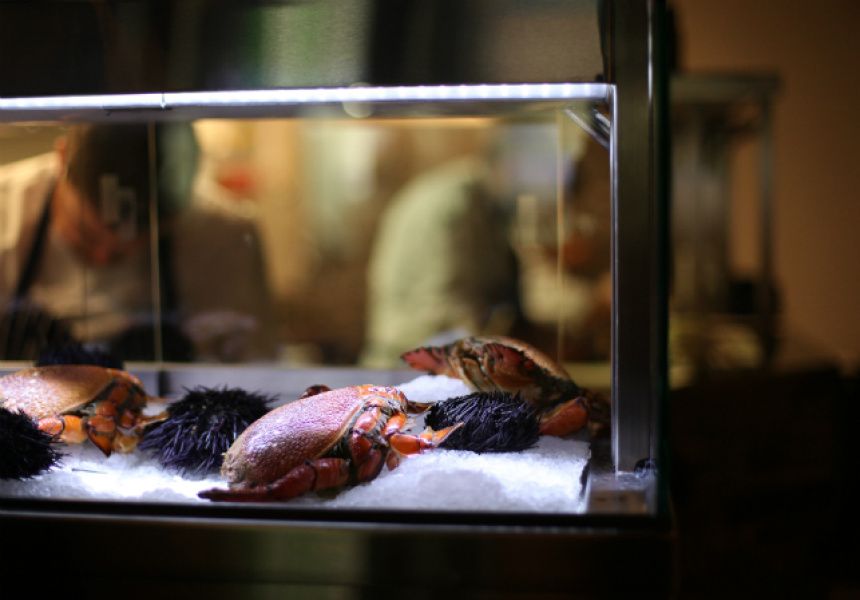 “It was almost five years ago that we actually started thinking about moving up to Sydney,” says Frank Camorra sliding snugly into a booth-style table and pouring some sparkling water. “But we got side tracked by MoVida Aqui, and that was a big project that took a couple of years to make sure it was running just how it should be.”

After much anticipation and years of Sydney diners suggesting that the Melbourne restaurateur bring his trademark MoVida dining up north, the bear-like chef and his team have finally arrived, quietly swinging open the doors to MoVida Sydney this week with full service from next week, lunch through to dinner.

Taking up where Jared Ingersoll’s Cotton Duck closed its doors earlier this year, MoVida joins the Holt Street strip in Surry Hills, revamping the space with trademark MoVida style and interiors by architect Adam Dettrick. If you’ve dined in any of the Melbourne originals (MoVida, MoVida Next Door or MoVida Aqui), then you’ll probably recognise the tiled lights, the posters and the colour scheme. It might not be Hosier Lane, but MoVida has slotted right in.

“The area just felt right for us for the style of place we are and the feel we are trying to go for,” says Camorra. “It’s pretty vibrant in the daytime and it’s close to where people entertain themselves at night, but not too far to the city either. There’s lots of interesting stuff going on around here – theatre and people working and living in the area, so it seemed right for us. It’s an interesting area and the space was fantastic. It has a good feel.”

But just because they found the perfect space doesn’t mean that the team haven’t put their own stamp on it. “We re-jigged the kitchen for our own needs,” he says. “We moved a few things around…brought an oven from Spain and we brought in some of our own bits of equipment and kitted it out nicely,” he continues with the kind of cheeky grin that suggests he’s obviously pleased with the new toys.

The bar was next on the list. “That’s pretty important for us,” he says. “It sort of represents what we’re about. So we made the bar the thing and we changed the windows…they open inwards now like MoVida Next Door. Hopefully it will be nice weather all the time in Sydney,” he adds with a cheeky smile. “At least that’s what I’ve been promised.”

So now that he’s based in Sydney – for the time being at least – what can we expect from the menu at MoVida and did the chef have any concerns about bringing a quintessentially Melbourne dinning experience to the harbour city?

“I still have concerns,” laughs the big man in his well-worn chef whites. “But I hope it will be fine. We’ve had amazing feedback over the years from Sydney diners who like what we do, but that’s because it’s quite a different experience to Sydney.” So the trick, he says, is about finding the right balance.

“Diners can expect a certain amount of similarity, but obviously each of the restaurants have their own feel and personality. I don’t want it to be like a McDonalds where everything is identical. It does need a different feel, but the atmosphere, food and service have to be in the same style. And that’s been my main concern,” he confesses, “that we adequately represent our style in an appropriate way for Sydney.”

That means bringing some signature dishes along for the ride (expect to see wagyu and anchovy dishes, churros and crème caramel on the menu), but also allowing the restaurant to acquire its own voice and appeal.

“We develop each menu depending on the chef… Some of the dishes have been on the menu for a while; some are new dishes. They just evolve. James [Campbell] is the head chef – he’s been head chef at Aqui and he’s been with me for 10 years – so it will depend on him and the suppliers and produce. It’s undeniably a different market here and we can’t ignore that people will want slightly different things. But we’re starting off with our thoughts on what people might like and we’ll take it from there.”

And the one dish to try? 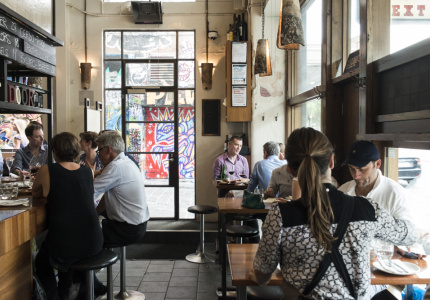