With small-scale equipment, minimal intervention and not a middleman in sight, Ben Evans’ urban dairy in Fitzroy processes more than 6000 litres of raw, local dairy milk every week. We talked to Evans about what goes into the process – from cow to the coffee cup. Illustrations: The Company You Keep 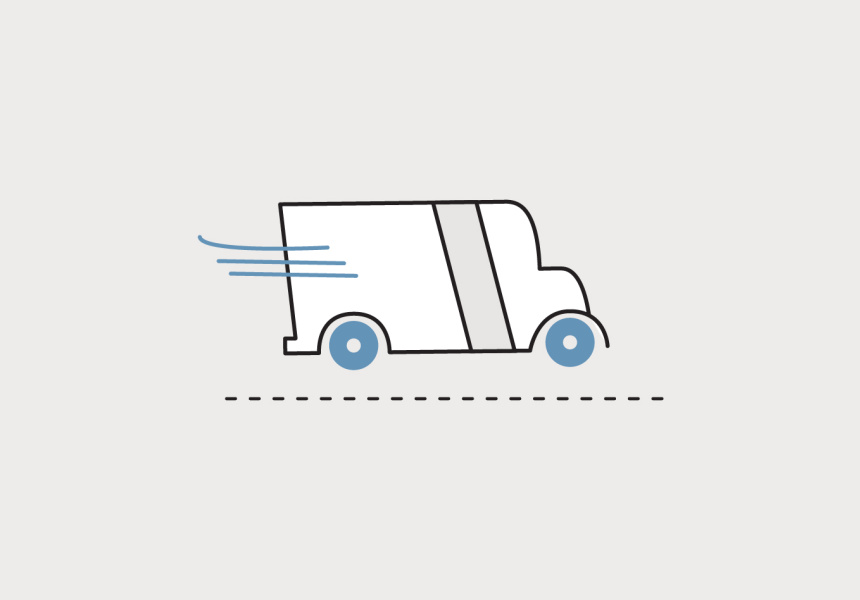 There are some very solid reasons why Ben Evans’ milk tastes so good. Firstly, unlike commercially processed milk, St David’s “doesn’t pass through six different sets of hands before it gets to the consumer, nor does it spend days sitting around in a distribution depot losing its freshness”.

Rather, every day, Ben drives his four-tonne truck to collect fresh raw milk straight from the farm and it’s typically in the bottle and delivered to the consumer that same day, “often within around six hours”.

The other point of difference is that St David’s milk isn’t pulled-apart, analysed and standardised into a consistent, same-same product like the output of the large milk companies. Rather, Evans keeps it simple, allowing leeway for the seasonal fluctuations of fat and protein content and encouraging the natural idiosyncrasies of milk’s true personality to shine through. Put simply, it tastes like milk, from a farm.

We reckon the other key ingredient that makes St David’s milk taste so damn good is the fact that the likeable country boy who single-handedly processes and bottles the milk is the same bloke you’ll see bounding through the door at Seven Seeds, Cutler & Co., Bar Lourinha or Kent St delivering crates of the stuff three times a week. It doesn’t get more hands-on than that.

Here’s how it all goes down:

5am
Evans drives to collect the raw milk from his local suppliers – around 2000 litres each time.

7am
Back in Fitzroy, Evans unloads the milk at the dairy and pumps it into 1000-litre, insulated stainless steel batch tanks.

7.30am
Primary filtration – first quality control step, to remove any unwanted solids from the milk.

8am
Milk then undergoes a homogenisation process, whereby it is heated up to 55°C and passed through a small pipe, under high pressure, breaking down the large fat globules into smaller, more easily dispersed particles. This gives the milk a smoother texture and avoids the milk and fat (cream) separating. Excess cream can then be sold separately.

9am
Homogenised milk is pumped through narrow pipes into the pasteuriser. The HTST, or ‘flash’ pasteurisation process, is a legal requirement as it kills any harmful bacteria. This process sees the milk heated to 72°C for 15 seconds, and then pumped out of the pasteuriser to be immediately cooled down to 4°C.

9.30am
Cooled, pasteurised milk is then pumped over to the bottling area, where Evans bottles up to 1500 bottles of milk by hand in one sitting, filling and capping two two-litre bottles at a time. The bottling process takes around three hours and is done three times per week.

1pm
Crates of bottled milk are loaded into Evans’ refrigerated delivery truck while he cleans down the diary – this takes around an hour.