Produced by Broadsheet in partnership
with Australian Open.

On The Menu At The Australian Open

The return of the summer Grand Slam brings more than sweating to centre court. In partnership with the Australian Open, we get the inside scoop on what’s great to eat whilst watching the greats. 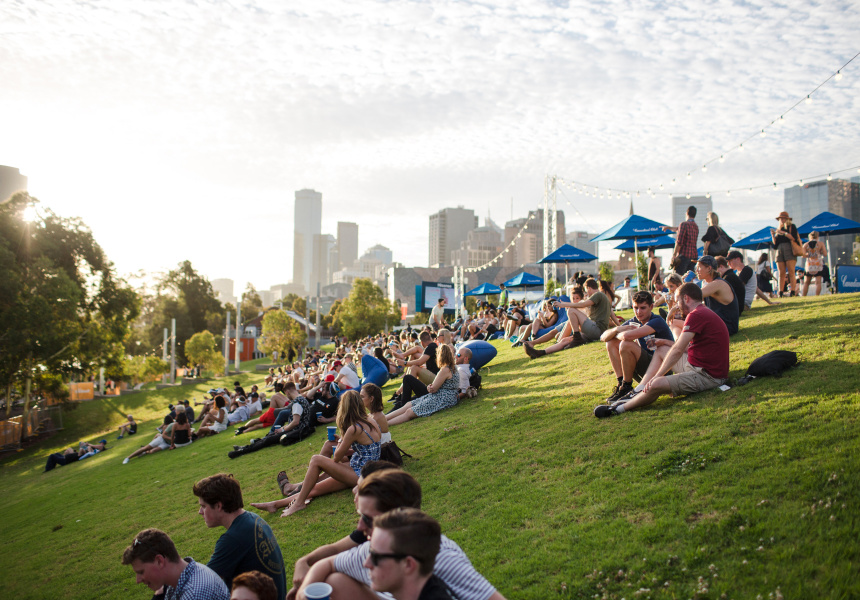 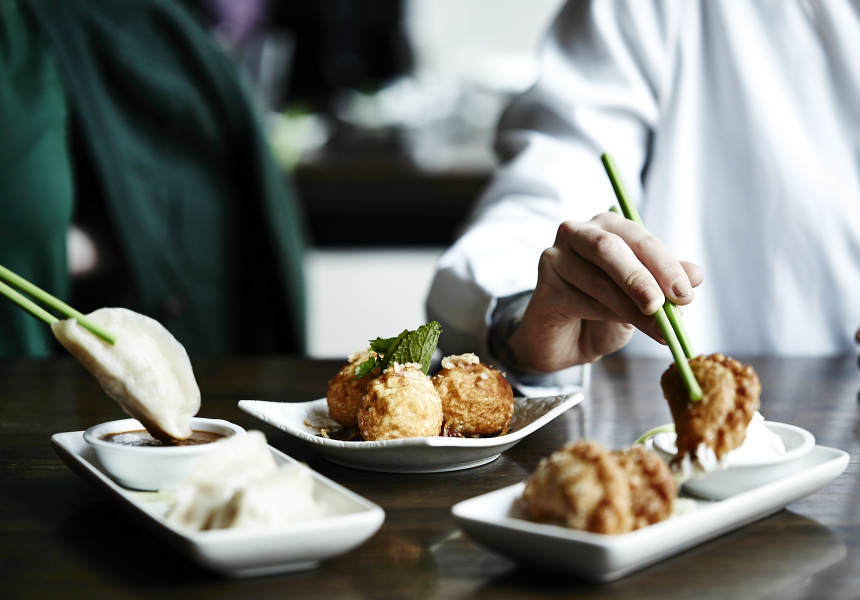 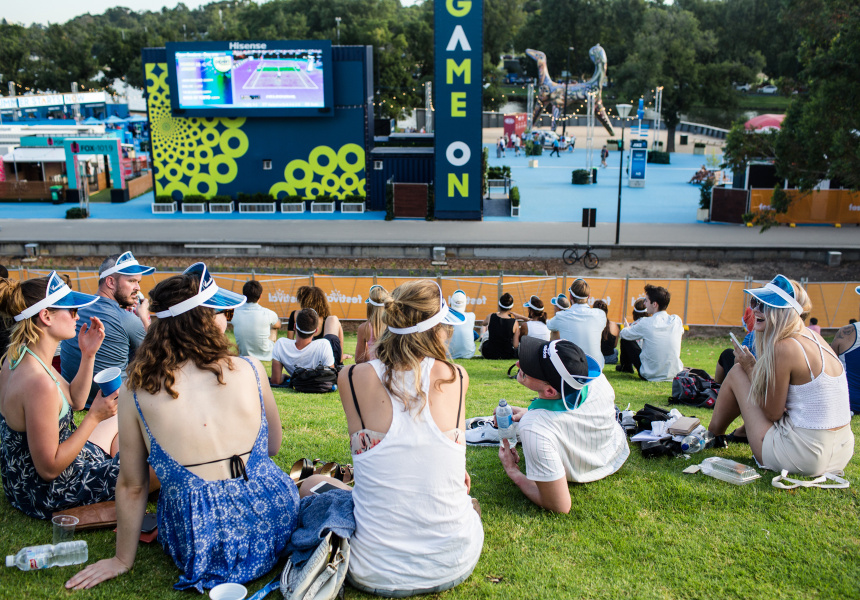 The 2017 Australian Open was a high-watermark in the history of the event. Serena Williams beat her sister Venus in the Women’s Singles finals to bump her tally to a staggering 23 Grand Slam singles titles, just one shy of the all-time record. Swiss champ Roger Federer bested Rafael Nadal to take home the Men’s Singles trophy, becoming the first man ever to win 18 Grand Slam singles titles.

Off-court was just as exciting. The second year of the AO Festival saw the free event take over Birrarung Marr, adjacent to the tennis competition at Rod Laver Arena and surrounds. The vibrant festival featured some of the Melbourne’s best DJs, bars, pop-ups and food offerings, making it a true all-ages summer highlight of the city.

In 2018 the festival returns, running from January 15 to 28 in conjunction with the tournament. Once again, the city’s celebrated food offerings are a focus. For the first time, Gingerboy will bring its Asian hawker-style menu to the masses on the upper terrace. Chef and restaurateur Teage Ezard says – with the exception of a one-time pop-up in Sydney – it’s the first time Gingerboy has done anything outside of their Crossley Street location.

“Gingerboy food is southeast Asian so I think it fits well with the summer temperature,” he says. “I’m really excited to do something different with Gingerboy. Not just for the Melbourne public but also the internationals.”

Ezard says Gingerboy’s popular deep-fried chicken spare ribs with hot sauce will be on the menu, as well as pork belly rolls with coriander and chilli, and jasmine rice pudding with mango and dark palm sugar for dessert.

“We’ve selected dishes we would normally serve composed in the restaurant,” Ezard says, referring to his spiced eggplant, okra and split pea curry puffs with mint yogurt. “We didn’t want to take anything away from the experience that you would have at the restaurant in terms of flavour combinations or accompaniments to the dish.”

Inside the ticketed AO precinct, the AO Live Stage will return with Jimmy Barnes headlining the first FightMND charity concert on Sunday January 14 to kick it off. Other acts slated to appear include TLC, Client Liaison, Illy, and the Rubens. Jimmy Grants will head up a food truck park here, offering its popular Mr Papadopoulos lamb souvlaki and three other varieties featuring beef short ribs, prawns and falafels, alongside truck vendors Wingsters, Real Burger, Happy Camper, and Miso Fresh.

Also within the precinct on Grand Slam Oval, Mamasita will serve tennis-exclusive nachos with pibil-style suckling pig, as well as its best-selling corn, tacos, chicken wings and ceviche; and five-star dining establishments Rockpool and Nobu will be set up in Hisense Arena.

Exhibition Street fine-diner Gazi will also be serving it up. Executive Chef Guillaume Montes says his specially-curated menu will be a mix of new and old – chips, chicken souvlaki, tzatziki, the group’s Cypriot salad staple, and a Middle Eastern inspired lamb souvlaki exclusively put on for the tennis.

“We try to have something not too complicated but very appealing in flavour,” says Montes. “Tomato will be right in season at the tennis so we’ll be taking advantage of that. We’ll use heirloom tomatoes, pickled cucumber, kalamata olives and feta in our version of the Greek salad. A souvlaki and fresh salad would be a perfect meal to get on a hot day, watching the games with a beer. Come and visit us and we’ll take care of your bellies.”

Produced by Broadsheet in partnership
with Australian Open. Learn more about partner content on Broadsheet.