“The art of it is making dead things look good.” 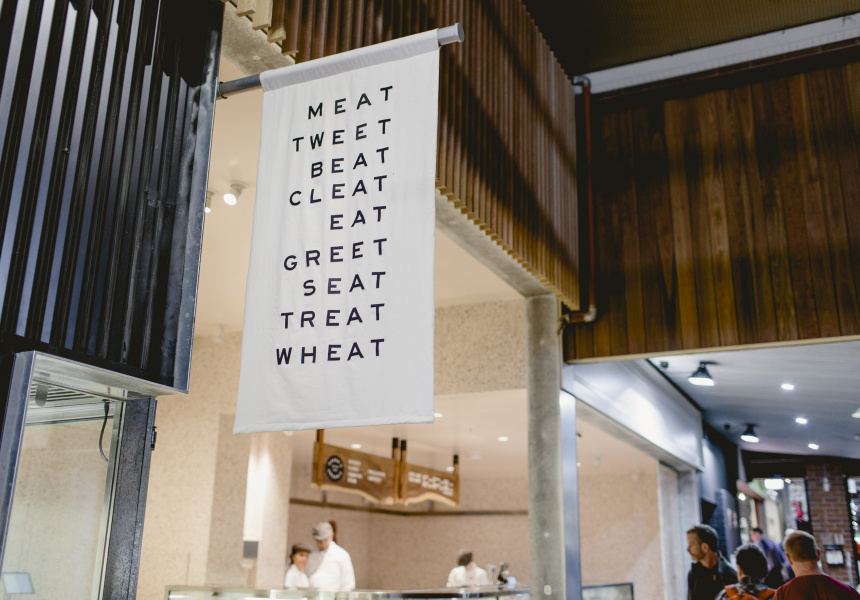 Hagen’s Organic Butcher has opened its fifth shop, this one at South Melbourne market.

Royce Hagen established the company in 1999 after seven years operating an organic fruit and vegetable stall at Prahran Market with his wife, Susan.

Their son, Oliver Hagen, has now taken the reigns and drives the company’s philosophy of sourcing meat from organic farmers such as Nev and Carol Bredden, who operate Wattle Grove Organic Angus Beef just outside Euroa.

The farming couple says its organic remedies, such as liquid kelp, apple cider vinegar and cod liver oil, keep their animals and land happy and healthy. “We can do anything any other farmer can do,” says Nev. “It just takes us a little longer to get there.”

The Hagen’s shop at South Melbourne Market is designed by Projects of Imagination, the studio also involved in designing the spaces at Yo-Chi, Supernormal, Yardmill and Baby.

Dion Hall from Projects of Imagination was drawn to the values the brand represents. He and his team have created a bright, welcoming space featuring three distinct zones: a walk-in customer area, a traditional refrigerated counter display and an area dedicated to butchery classes.

Pink-hued terrazzo is a fitting backdrop to the shop. The colours complement the tones of the product, terrazzo is durable, and it has traditionally been used in butcher shops, linking this store to its history.

I attend a beef butchery class at the new Hagen’s site. It’s led by Oliver and, on this occasion, butcher Paul Singleton, and involves a demonstration of butchering a forequarter and hindquarter of beef (that’s half an animal).

With the beef section hanging from a large hook on a rail, Singleton uses the force of gravity and a few flicks of his boning knife to take it apart. The prized primal cuts are displayed proudly on the bench while sections reserved for mince and sausages are placed in tubs. Singleton operates with mesmerising precision and strength. Oliver chimes in: “The art of it is making dead things look good.”

The bones, sinew and other offcuts are put aside then turned into blood and bone for the garden. “Nothing goes to waste because you simply can’t afford to do it,” says Oliver.

The class is a rare glimpse into the butchers’ wealth of knowledge. For example, you’ll learn of little-known cuts that are supremely delicious and tender, but exist in such small quantities in each carcass that they usually end up in the butcher’s frying pan (and are known variously as “butcher’s steak” or “butcher’s breakfast”).

During the second half of the class you’ll wield a boning knife of your own and prepare a joint of beef to take home (along with goodies including a Hagen’s apron, a bottle of wine from Bress and the boning knife you just used). The class finishes with a meal of roasted rib eye, sides and matching wine. With the butchers sitting down right next to you, you can get a few more tips over lunch. 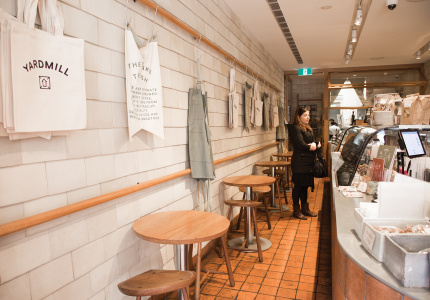