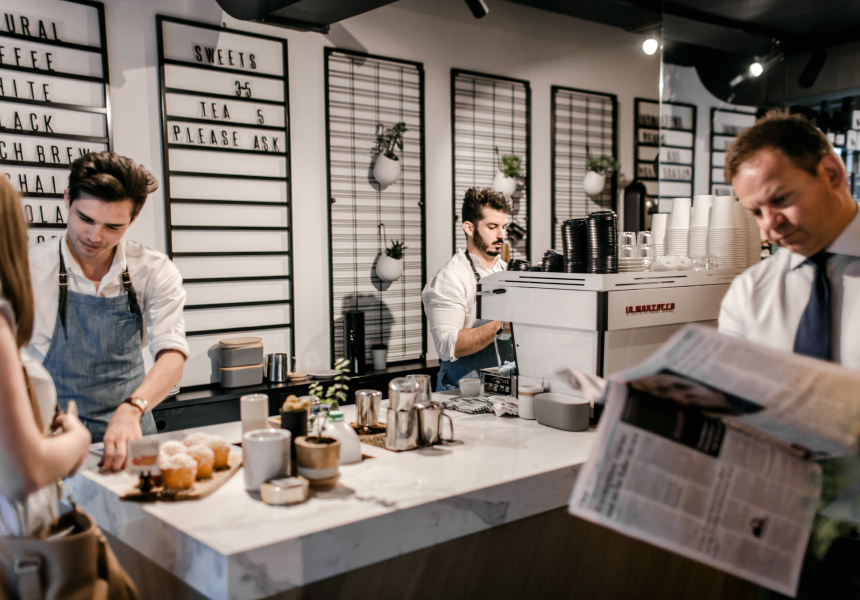 It’s easy to forget your morning coffee started out as the seed of a fruit – a cherry, to be precise.

“The first time I tried a natural coffee I did a double take,” says Ari Abad, who opened Gold Drops, cafe devoted to the stuff, on Little Collins Street in December. “I took another sip and thought, this is amazing.”

After being picked and sorted, natural coffee is left to dry in the sun with the cherry still on the bean. Instead of being washed off, the flavour of the cherry concentrates in the bean over a period of several weeks. It’s the simplest and most traditional method of processing coffee – in some ways it’s similar to the way natural wine is made. The end result is rich, sweet and intensely fruity.

Natural coffee provokes mixed reactions in the specialty-coffee scene. While the process itself is simple, it’s also notoriously difficult to get right. Because the fruit dries in the sun with minimal intervention fermentation is a concern. As a result, many coffee roasters favour coffees that have been washed before being dried.

“A lot of baristas turn their noses up at natural coffee,” says Abad, who also owns Barrio 3121 in Richmond. “It’s a bit of work, you’ve got to get the flavours right and you’ve got to balance it.”

Gold Drops, designed by Gordana Tankosic, is compact, elegant and welcoming, with wood, mirrors and lots of marble.

“I wanted a small space to emulate a European or Italian espresso bar,” Abad says. A few stools and bench spots are available for those who want to linger, along with Argentinian pastries from Sara Cakes and a selection of specialty teas.

Will the city crowd embrace natural coffee during the morning rush? Much like natural wine, the rich fruitiness of natural coffee will be polarising for some coffee drinkers; others probably won’t notice the difference. Abad is confident. “It’s for everyone,” he says. “We’re also blessed that in Melbourne the clientele is adventurous with their coffee.”