Sit at the bar with a cone – or a granita – and watch pastry chefs prepare gelato in a Smith Street shop designed by Hecker Guthrie. 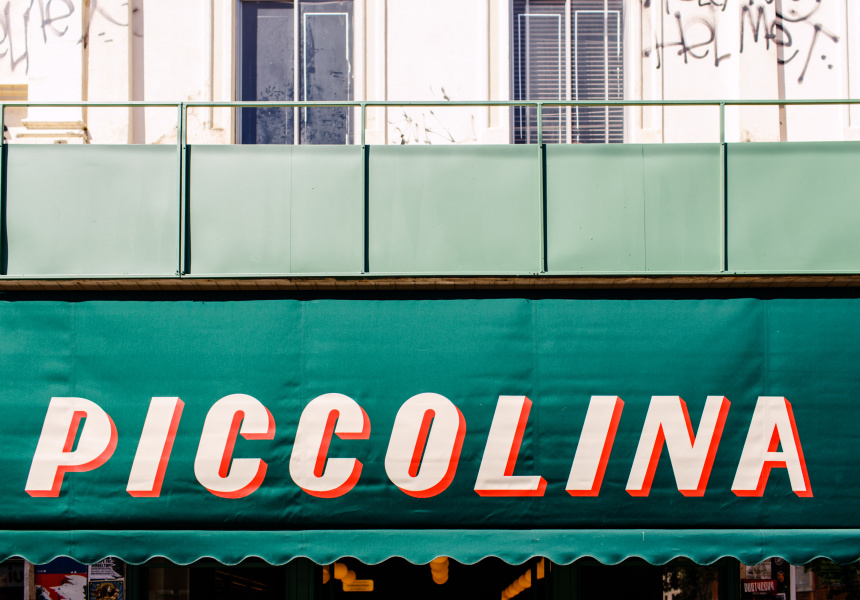 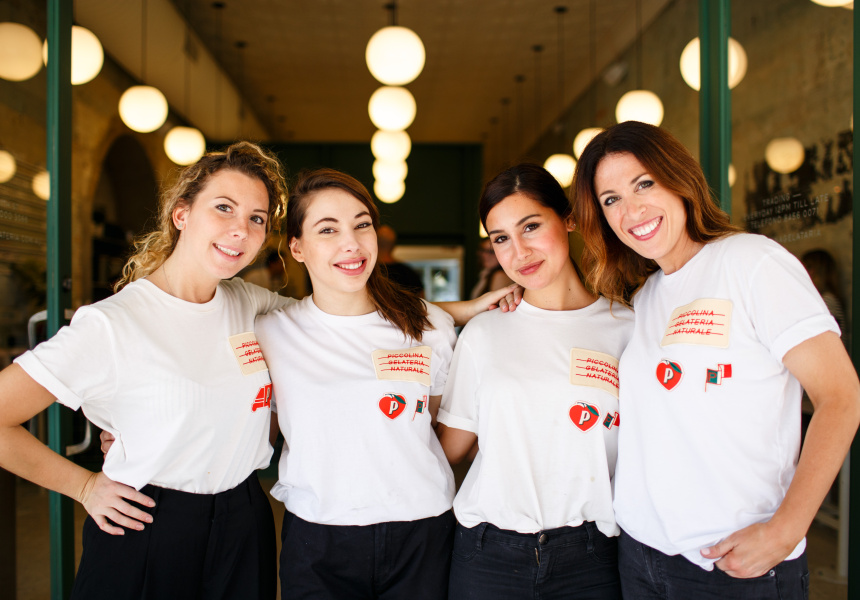 Pastry chefs usually wake up at dawn to begin their shift. At Piccolina Gelateria’s new Collingwood flagship, the gelato-makers will be on-site during the shop’s opening hours so customers can get a look at how the stuff gets made.

“We’re always trying to do something ordinary in an extraordinary way,” says Sandra Foti, Piccolina’s owner.

The gleaming new Collingwood store has a team of four chefs, headed by Foti herself. You can watch them making the next batch of gelato from a long bar that runs alongside the kitchen.

“I want people to see how we make the gelato and the effort that goes into their one scoop of pistachio or salted caramel,” says Foti. “To make it the traditional way is very labour-intensive and time demanding.

“When entertaining at home, people tend to gather around the kitchen. Bringing that sense of home into the shop is definitely the vibe we’re going for – where you can observe, ask questions and take in beautiful aromas of fresh fruits and roasting nuts.”

Alongside 20 regular flavours and four kinds of granita there will be four rotating gelato specials each week. There’s also the option to top your gelato with rich liquid chocolate, churned in an on-site fountain.

The new flagship site on Smith Street is 250 square metres – five times the footprint of Piccolina’s original store in Hawthorn. Collingwood is now home to Piccolina’s commercial kitchen, which produces gelato for both stores.

Where in Hawthorn a one-litre grinder produced about 30 to 40 kilograms of nut butter a week, in Collingwood a 20-litre grinder allows Piccolina to produce about 600 to 800 kilograms a week. These butters form the base of gelato flavours such as pistachio and hazelnut.

Similarly, Foti’s new freeze blaster produces 100 moulds in just one hour – in Hawthorn it used to be 12.

“It was such a big jump from making gelato at home to opening a shop in Hawthorn and now I’m stepping it up again to a commercial scale,” says Foti. “I’m not sure how much bigger I can go, but these gradual steps ensure there’s no compromise on the quality.”

The glossy, minimalist interior – designed by Hecker Guthrie – didn’t always look like this. The team removed about five tonnes of rubbish from the derelict building when it took over the lease, and discovered various architectural gems during the renovation.

An uncovered archway hints to a past when, according to Foti’s Smith Street neighbours, shops may have been connected through an arcade running parallel to the road. Hecker Guthrie restored the pressed-metal ceiling and original terrazzo floor, as well as the featured brickwork with many pre-existing layers and shades of green, cream and brown paint.

“We found a watchmaker’s neon sign, old jewellery boxes and upstairs there are really thick and strong metal doors,” says Foti. “Our guess is the building was originally a jeweller before it was a watchmaker, later a pawnshop.

“Restoring all of these old historic charms of the building feeds back into the traditions we’re trying to uphold in the making of our gelato.”