Ex-Mexican cuisine aficionado Matti Fallon has discovered the many pleasures of New Nordic cuisine – and thanks to DuNord Kitchen, you’re about to as well. 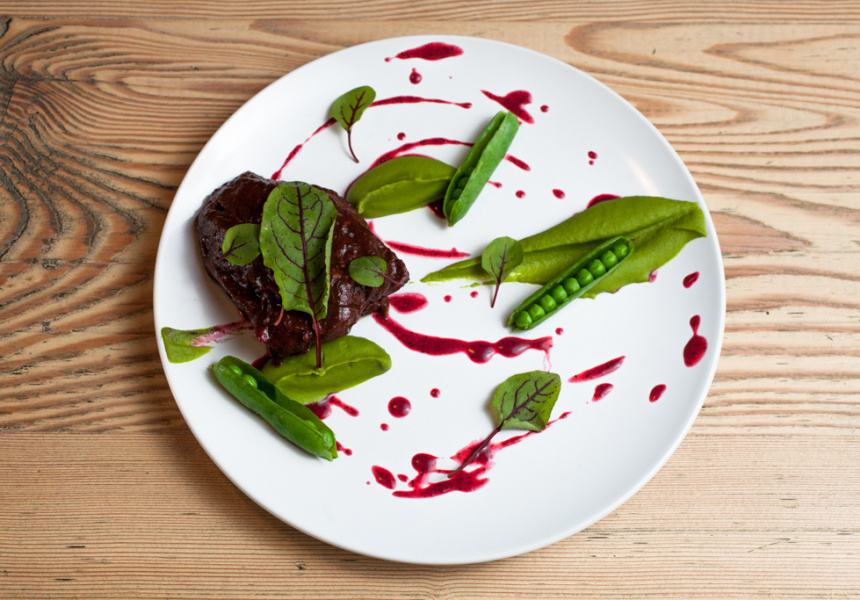 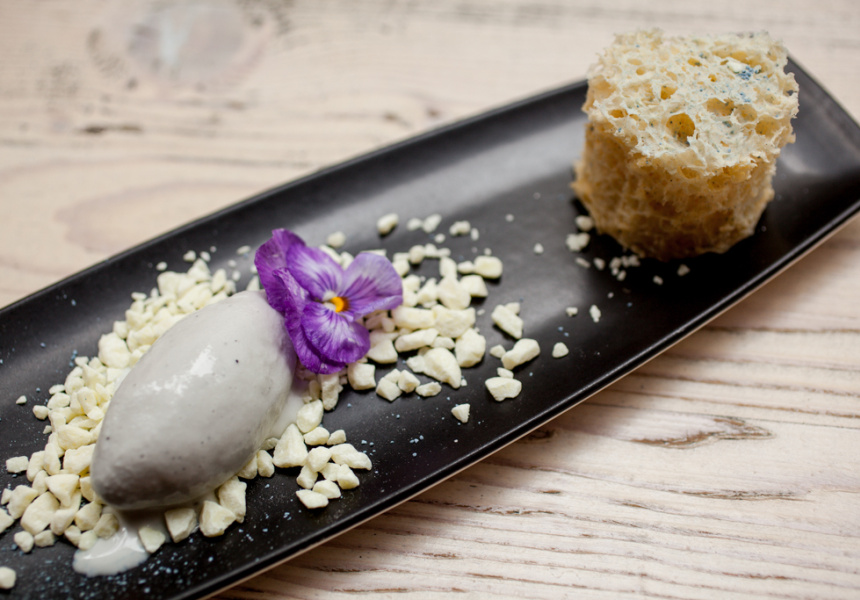 Chef Matti Fallon rode the Mexican wave and somehow, when he reached the shore, he was in Scandinavia. Well, as close as he’s likely to get on Little Bourke: DuNord Kitchen, a new Nordic addition to the existing DuNord bar in the CBD.

After stints at a handful of Melbourne’s Mexican joints – working the floor at Mamasita, and in the kitchens at now-closed Senorita’s and Touche Hombre Electrica, a mate put Fallon in touch with DuNord’s founder, Thomas Kiltorp. Kiltorp has had success with Emerald Peacock – a cocktail lounge and rooftop bar also in the CBD – and DuNord reflects Kiltorp’s Swedish heritage, with its clean lines, blonde wood and simple, open spaces.

Not being overly familiar with the northern-European cuisine, Fallon wasn’t immediately convinced. “To be completely honest, I was a bit worried about it to start with,” he admits. “I thought it was all creme fraiche and mayonnaise and stuff like that that.”

But, after some rigorous research (“The good book Google has been possibly the best thing,” he says), Fallon is totally sold on Scandinavian cuisine. Not concentrating on dishes from one particular nationality, Fallon has constructed a menu that takes in the best elements of the region. “It’s quite new,” says Fallon. “We don’t have many limitations in what we do with this.”

Fallon’s favourite is the venison tartare. “The venison’s from near Mt Baw Baw just north east of Melbourne,” he explains. “It’s served with juniper and black radish tartare and translucent potato wafers, which are tasty and great, but they’re a bitch to make.”

Kiltorp and ex-Lee Ho Fook and Kodiak Club barman Paul Ramsay are being equally adventurous with the cocktail list, using atypical, savoury ingredients such as dill, asparagus, mint and pea. “They use my kitchen equipment, like my thermomixers,” says Fallon. “Paul is super-creative and has an incredible palate. He should have been a chef as far as I’m concerned.”

Although Fallon’s certain DuNord Kitchen is just the beginning of what will most likely be a heightened interest in Scandinavian eating, he doesn’t feel pressure to ride the wave in any way but his own. “It’s super hot right now,” he says. “We don’t want to be held hostage to being like NOMA, because we never will be. But that whole ethos of simplicity and purity has worked out really well.”