The Secrets of Din Tai Fung

The world-famous dumpling chain is finally bringing its famous xiao long bao to Melbourne. We find out what earned these "little basket buns" such success – including a Michelin Star. 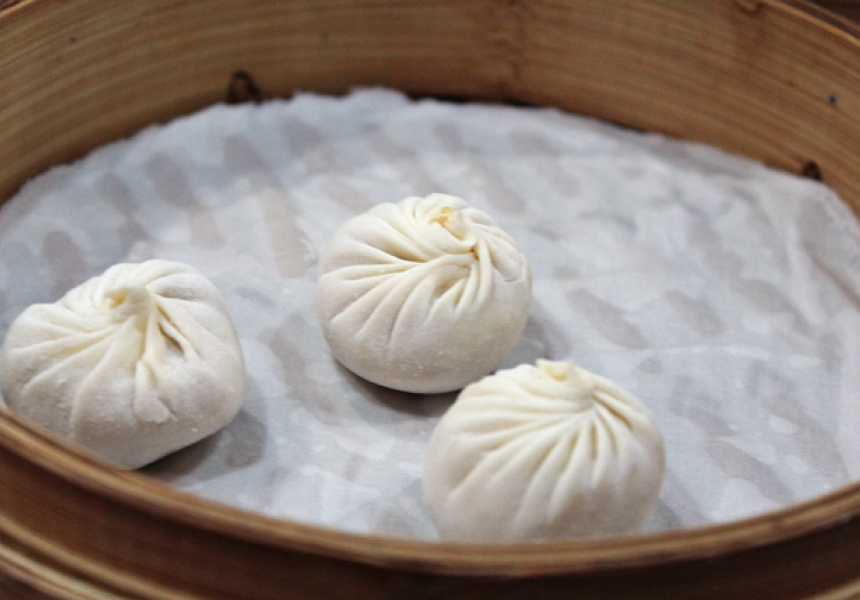 Din Tai Fung takes dumplings seriously. Each xiao long bao – the soup dumplings that made the Taiwanese chain famous – is folded 18 times. It’s individually weighed to within 0.2 grams. It’s manufactured entirely by hand. But when I ask how the staff gets the soup inside the dumpling skin, things start to get real: “If I tell you, I’d have to kill you,” says Dendy Harjanto, head of Din Tai Fung Australia. He’s joking. I think.

Din Tai Fung didn’t invent xiao long bao, but it came pretty close. The delicate, pork- and soup-filled parcels were a local specialty in Nanxiang, China, where one Mr Huang Mingxian began making them around 1875. But it was in 1958, when Taiwanese cooking-oil manufacturer Din Tai Fung began making and selling them, that these “little basket buns” really took off.

Originally a road-side stall on Xinyi Road in Taipei, the now much-expanded restaurant is still something of a dumpling mecca for visitors to the capital. And, since the restaurant received a Michelin Star in 2010 (the only chain store to do so), demand for the dumplings went into a hard boil.

Harjanto believes what set Din Tai Fung apart from other dumpling stalls was its refined technique. “One of the things that makes our dumplings so special is that they have a thin skin,” he says. “There are a lot of century-old restaurants that specialise in dumplings in China. If you go there to eat today, you may not find them appetising, because dumplings usually have very thick dough. Ours are a modern take on a food item that has been around for hundreds of years.”

Since 2008, Australians haven’t needed a ticket to Taiwan to try these dumplings, with a total of seven stores opening across Sydney. The company considered Australia a test-case, to see whether Westerners had an appetite for xiao long bao. “There were dumpling places already, but they weren’t a signature dish. In terms of the presentation, the freshly made aspect and the clear, clean kitchen that’s viasble to the customers, these are some things that were new to Australia,” says Harjanto.

It turned out that Australians do, in fact, like dumplings. Anyone who visited Din Tai Fung’s first site in the Sydney CBD will recall the lines that snaked out World Square. “We didn’t think it was going to be that popular, and that Australians were going to embrace it the way they have now,” recalls Harjanto.

Despite their popularity, it took Din Tai Fung a couple of years to expand its Australian operations. Harjanto explains that apart from wanting to get it right, its high degree of staff training means that an opening has a long lead time. Any one process in the dumpling-making chain – kneading the dough, rolling it into cylinders, filling, folding and plucking – takes three months to master. “The way we do this business is very labour intensive. Anything that can be handmade, we try to do that ourselves,” he says. “So expansion has always been a challenge, because the training itself takes time.”

That may be one of the reason’s it has taken eight years for Din Tai Fung to come south of the NSW border. But, this June, it will finally arrive, with a 235-seat venue and an entire floor of Emporium to itself. With a “yin yang” themed fit-out by Design Clarity, the restaurant will feature the glass-windowed kitchen that features in its other stores. Along with xiao long bao there’ll be Australian-only specials such as black-pepper pork, mango prawns and its neon-coloured “gem” dumplings.

While Din Tai Fung’s popularity in Melbourne is probably guaranteed, Harjanto admits he’s got some competition. “In Melbourne – because it’s supposedly the food capital of Australia – it’ll be interesting and challenging for us to see whether people will embrace us they way they do in Sydney,” he says. “The standards are high in Melbourne. Customers’ taste buds are very astute.”

The question remains, however: how do those dumpling-masters get the soup inside? Do they fold it really quickly? Soak it overnight? Inject it using a soup-syringe? “It’s not injected. It’s a myth that it’s injected in; it’d be quite a tedious process,” Harjanto says, laughing. “It’s actually some jelly that heats up and liquifies.”

Din Tai Fung will open in Emporium in June. 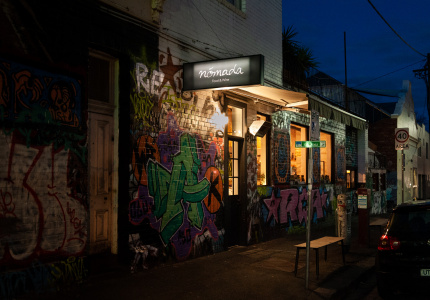