We spend a day flitting around Melbourne with only Bitcoin to challenge the eye-rolling sceptics. 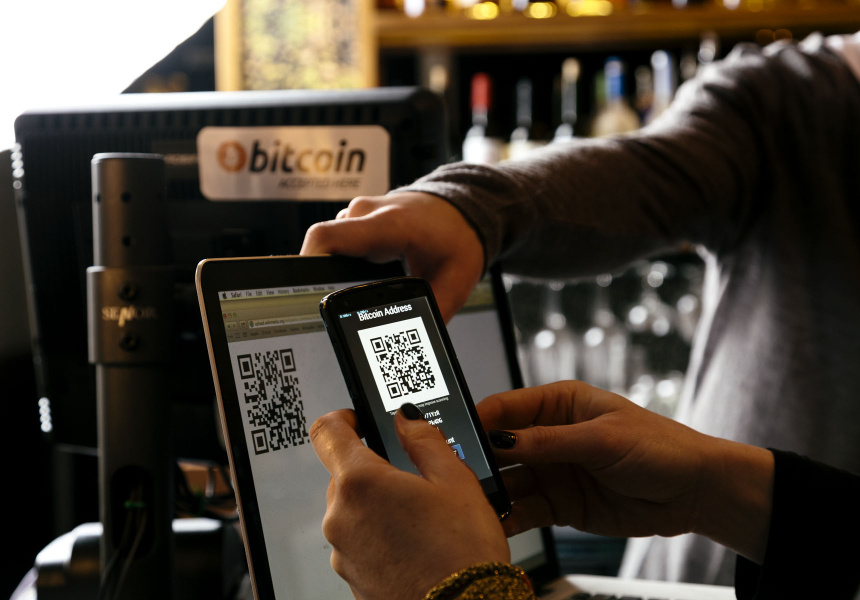 Paying with Bitcoin at Habitat Lounge

Paying with Bitcoin at Habitat Lounge 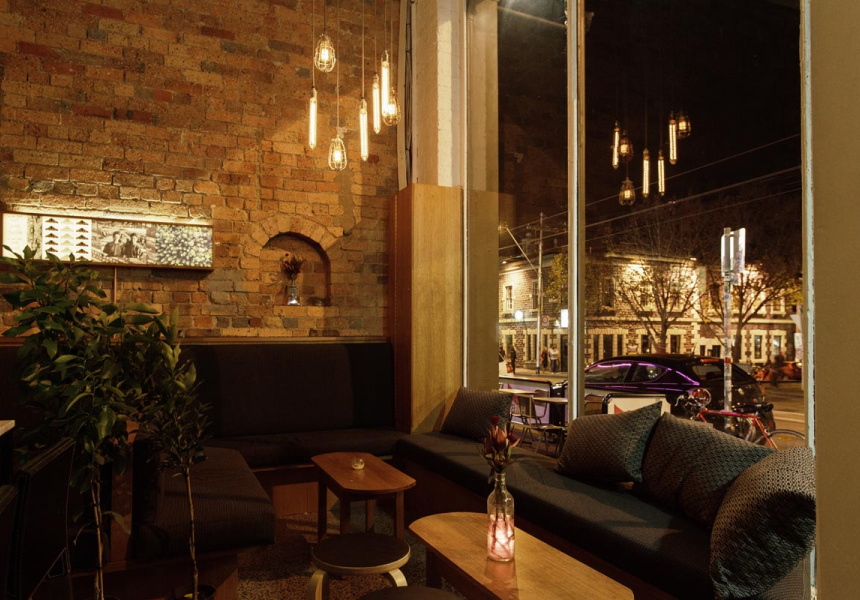 You probably heard about Bitcoin at the same time you heard about Silk Road. When the online drugs marketplace was shut down by the FBI last year, the international press leapt onto the story that the whole thing was enabled by an anonymous, virtual currency. That currency is called Bitcoin. Forget cash held in vaults, Bitcoins are chunks of digital information, passed from buyer to vendor, without a repository or administrator in the middle. Their use on Silk Road implied that they’re the monetary version of a Swiss bank account, but the subsequent year has seen the technology adopted by all sorts of legitimate businesses.

“It’s democratising,” says Samuel Tate, the growth strategist for Melbourne-based Bitcoin exchange, CoinJar. We’re eating breakfast at the Beaver's Tail Social Club in St Kilda, one of the first local cafes to take the currency. Tate looks exactly like the start-up hipster you’d imagine. Beard, glasses, vintage jacket and oodles of passion. “Bitcoin is basically the first truly universal currency,” he says. “Although that might sound like not such a big deal, the implications are huge.”

Tate describes tribal villagers receiving foreign aid with only a phone, Chinese activists making transactions without state interference and the simple fact that WikiLeaks is still alive, despite every other financial mechanism stonewalling donations to it. “And it doesn’t even need to be that complicated,” he says. “Bitcoin means a regular shop owner here in Melbourne doesn’t need to get charged the mandatory, two per cent for Eftpos transactions. It means vendors can get their money instantly, without any extra infrastructure or cost.”

So the spending part of things sounds simple, but where do Bitcoin come from? This is slightly complicated, but stay with me: When the currency was invented in 2009, there were 21 million Bitcoin created, with no possibility to make more. These are released incrementally (until the year 2140) to people who lend computing power to administrating part of the global Bitcoin ledger. Remember how there's no central account system? Well, that's possible because people everywhere keep a decentralised ledger of transactions, and participating earns you Bitcoin. This process is called mining, although it's not how CoinJar gets its Bitcoin. Like any other exchange, it simply buys currency from others, and sell it on.

Now, back to shopping. To prove how simple the day-to-day transactions are, Tate has given me some Bitcoin. It’s an experiment we’re calling the Perfect Day On Bitcoin, which basically means I frivolously eat, drink and shop my way around Melbourne to see how here-and-now this future money is, and whether it’s actually easy to use.

The process is this: I set up an account with CoinJar (using just an email address), into which Tate transfers some Bitcoin, from which I pay for things using a smartphone app. Breakfast is my shout, so I head for the register. The waiter passes me an iPad with a QR Code (one of those square barcodes for smartphones) on the screen. I hover my phone over the code and the CoinJar app turns the pattern into an address to send my payment to, then asks me to confirm the purchase. I hit “confirm” and a second later a green tick appears on the restaurant iPad. “Thanks,” says the waiter. Apparently, that’s it.

The app is basically PayPal or Square Wallet, with a scant few differences on the everyday end. The main advantage, of course, is you’re using an international currency, so your bones are accepted regardless of where you are.

This is the advantage pointed out by the owner of Eclectico. I’m buying some records after breakfast, and she tells me about her personal hallelujah moment, her face illuminated up by the light of a screen with a QR code on it. “I went to South America and ran out of money,” she says. “To get more I was charged for every single transfer or withdrawal, and it was so annoying that I turned it all into Bitcoin, just try it out.” She goes on to tell me that it was free, instant and widely accepted. It’s a cute story, but widely accepted is something I want to raise with the CoinJar CEO, Asher Tan.

Tan is another start-up evangelist, albeit with neater hair and an expensive jacket. Over coffee at Little Mule, I mention that around 100 businesses out of probably tens of thousands actually take Bitcoin. The average person doesn’t want to print a Bitcoin treasure map every time they leave the house.

“That’s changing fast,” he assures me. “Businesses realise they can skip charges for accepting card payments, and they jump on board. Just the rise of our own business proves that. Last May we were just two people, and now we have 11 employees. It’s definitely growing.”

Asher explains how CoinJar started with him reading an article about a 17-year-old kid, named Ryan Zhou, making millions of dollars trading in Bitcoin. “I liked how it was new technology,” he says. “So I tried contacting this guy on Twitter. And a month later he wrote back and said he was actually in Melbourne, so we met up.”

That was the foundation. Slowly, Tan convinced Zhou to join him in a partnership reminiscent of the Jobs/Wozniak team, and CoinJar was born. A year later they’re eyeing off expansion into London, and all this by simply facilitating purchases of Bitcoin using Bpay, distributing a smartphone app and by providing secure digital storage, which is naturally the next question.

“Is Bitcoin safe?” I’m drinking Bitcoin-powered cocktails with Tate at Habitat. “You want an anecdote on security?” he asks me. “For over two-and-a-half years the planet’s drug dealers used Bitcoin on Silk Road, and not one of them thwarted the system, let alone the FBI. If you want an acid test, that was it.”

It’s all a bit controversial, but I guess for a bunch of guys taking on the banks, it has to be. But more importantly, you can buy cocktails right now in Melbourne with Bitcoin, and they’re delicious.

Broadsheet readers can get a $5 credit at coinjar.com by signing up here.