A sleek and sparse roaster and cafe opens in a converted garage. 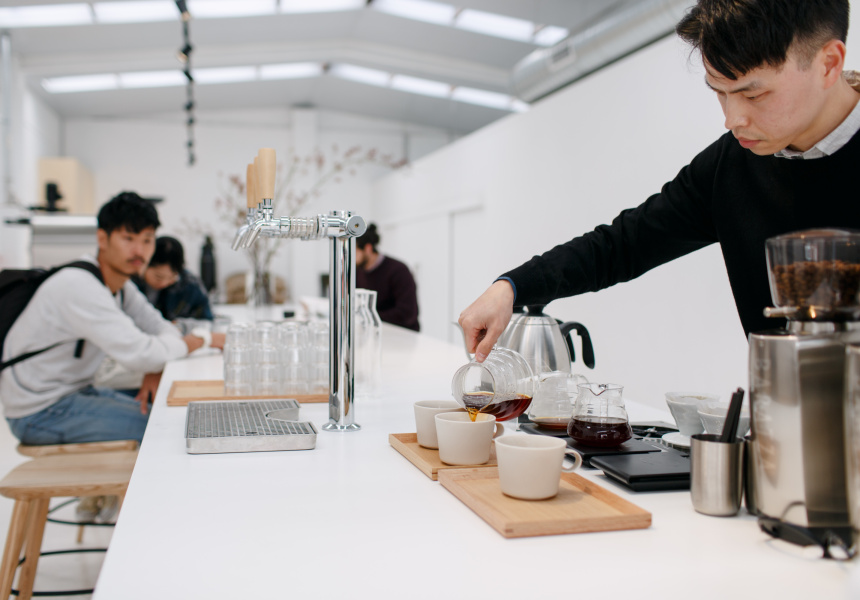 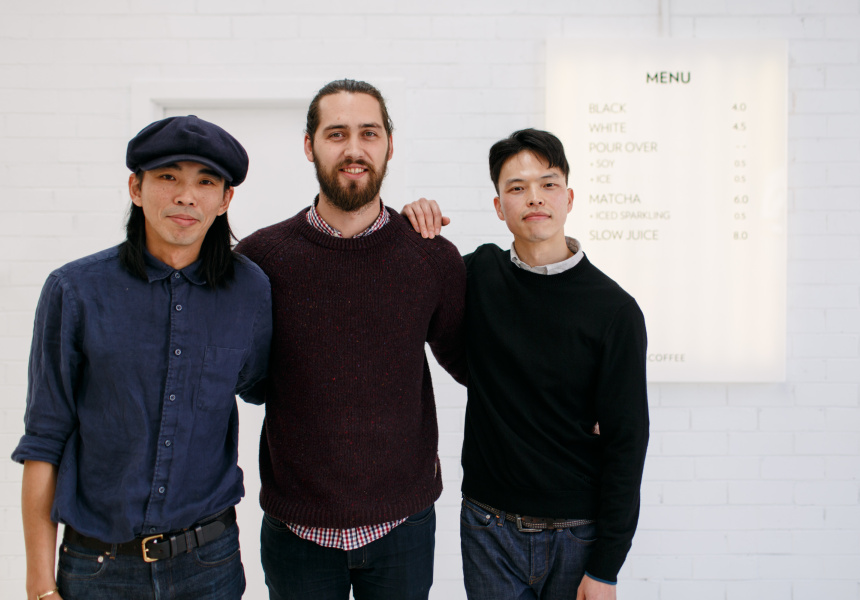 Acoffee on Sackville Street in Collingwood is almost blindingly luminescent, and at first glance the warehouse roaster and cafe looks more like an Apple store than a coffee spot.

Co-owner Joshua Crasti renovated the old garage with his father, which involved an incalculable amount of white paint. Every detail is clean and bright, from the island espresso bench to the almost reflective white coffee packaging.

“Some people have told us our space matches our coffee,” says Byoung-Woo Kang, co-owner and director of coffee. “That’s exactly what we wanted to achieve.”

Transparency, clarity, and simplicity are the three guiding principles at Acoffee, which roasts its beans more lightly than is typical. A darker roast makes the flavour deeper and richer, while a lighter roast means subtlety and brightness.

“We want the beans to speak for themselves,” says another co-owner Frankie Tan.

“We sample-roast [the beans] just to see what it is, in a very transparent way. If I think it has potential, we develop it the way we like it,” says Kang, Australia’s 2014 cup tasting champion. (Cupping competitions test coffee specialists for speed, accuracy and skill in being able to single out subtle taste variations in different coffees.)

Kang’s first job in the industry was making coffee at Starbucks in Incheon, Korea, before he moved to Melbourne in 2005.

“I really didn’t know much about coffee then, it was just a part-time job. And at the time Melbourne’s specialty coffee scene wasn’t big, it was really only St Ali,” he says.

So Kang got a job as a barista at St Ali, but wanted to learn more.

“As a barista you don’t see the process from start to finish the way a winemaker does,” he explains. “There are a lot of hands in the process – the green bean importer, the roaster and the barista – and it’s hard to control quality. I wanted to have more control.”

Kang starting roasting at Market Lane Coffee in 2009, and then a year ago, opened Acoffee as a wholesale coffee roaster in Port Melbourne, with no public access.

But the final goal was to make coffee from start to finish.

After delivering his beans, wholesale, to cafes Slater St. Bench and 580 Bench, Kang and the Bench team (including Tan, Crasti and Nick Chen and Clay Tobin) realised they had similar goals and decided to open Acoffee’s cafe together.

Apart from coffee, you can order matcha tea, one seasonal fresh juice, and pastries from Cobb Lane.