A bar devoted to literature, drinks and snacks from Ireland. 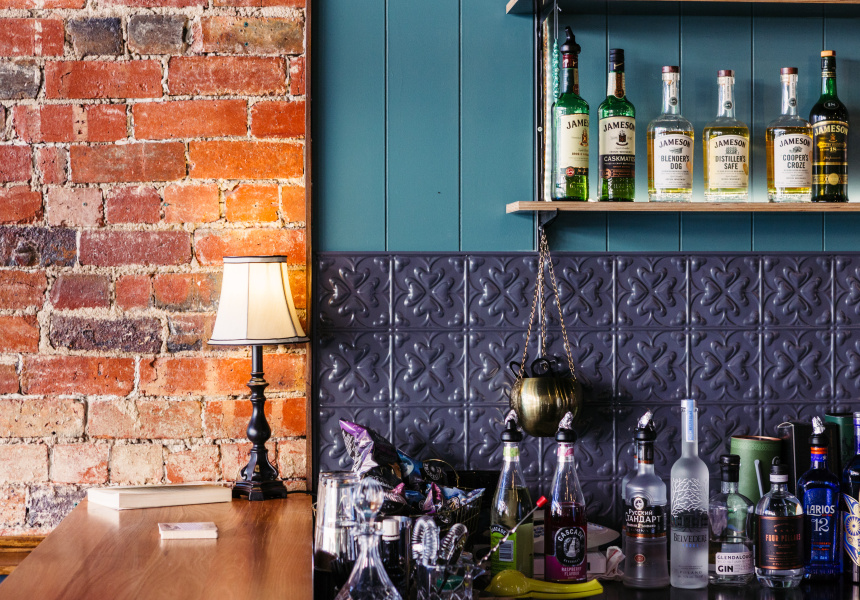 Hennessy has worked in bars his whole life, but has always wanted to open a bookshop. So he decided to put the two together.

Eighty per cent of the whiskey offering comes from Ireland, with the rest a mix from Scotland, Japan, America and Australia. Hennessy stocks the complete range from Teeling, the first distillery “to actually distill whiskey in Dublin in over 125 years,” he explains. Newer makers such as Glendalough and Hyde are on the shelf, as are Irish classics Tyrconnell and Knappogue.

There are books for sale, but you can borrow them too from a shelf in a smaller room out the back – called the snug – that’s also stacked with board games. The snug has an antique but fully functioning cast iron stove inside, and it’s where book clubs and whiskey tastings take place. There is also a courtyard out the back.