Cool, collected and accomplished pan-Asian cuisine in the north. 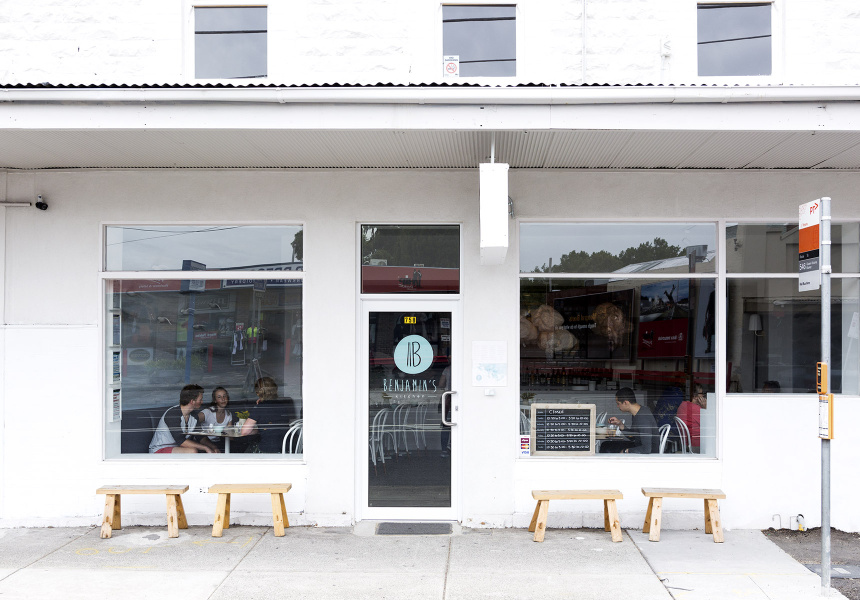 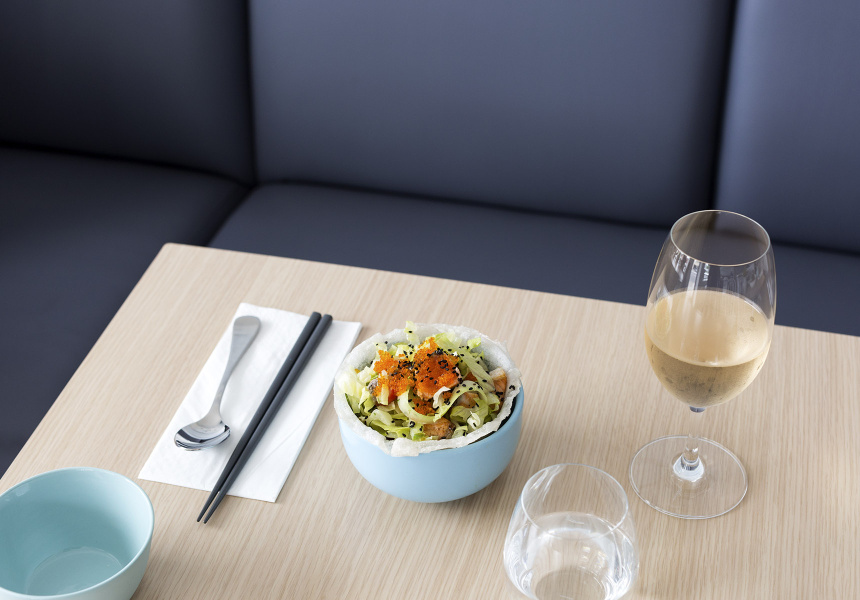 It can get noisy, but you won't feel anything but calm after stepping through the door of Benjamin's Kitchen. The all-day restaurant floats in the clouds, you see. In an homage to Ernest Hemingway's The Old Man and the Sea, the walls are daubed in fluffy whites and greys, and illuminated paper clouds are suspended from the ceiling. Kudos, Alexander Pollock.

"The decor reflects the food, which is very light and refreshing,” says owner Benjamin Ruan. “I didn't want it to be too heavy on the sauces." Ruan moved here from China 15 years ago, and he's been steadily growing his career ever since. This is his second business, after Northcote's Taxi Boat.

Like that restaurant, the menu at Benjamin's is proudly pan-Asian. Chef Jason Lin hails from Malaysia, but he's equally at home working with the Thai, Chinese and Japanese flavours that pepper the menu.

This is a place where you can move seamlessly from red duck curry with pineapple on to succulent dim sum, or ginger-spiked yakitori beef – it'll all be great. Special mention goes to the twice-cooked pork belly, though. The dish might be one that you see everywhere, but a trip to Benjamin's will remind you why it is popular in the first place.

The plates are small – “so people can try everything” – but hover around the $16 mark, making the menu fairly affordable. Factor in the brief wine list (mainly South Australian) plus the expected Asian rice lagers, and you have a venue as worthy of a quick brunch as it is of a multi-course dinner. Thankfully, the generous opening hours mean both are possible.