Movida's Frank Camorra has brought his version of a Spanish bodega to the city, with premium seafood in tins and vermouth on tap until the early hours. 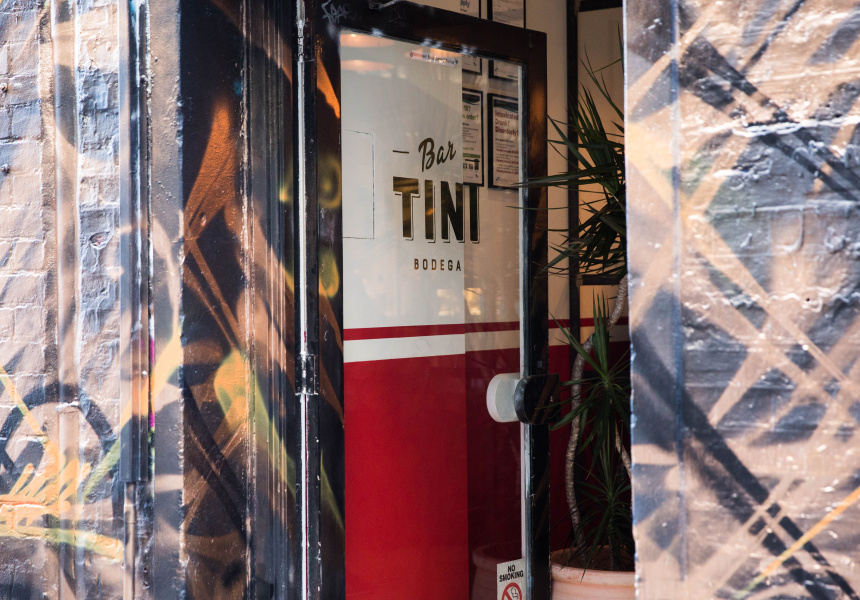 It’s been a while between drinks for MoVida. But Frank Camorra and Andy McMahon are back with a new venue, and they've brought those drinks.

“A lot of the bodegas were neighbourhood general stores,” explains Camorra. “Then, they started serving wine, and they turned into places where neighbours would have a drink and a can of something.”

Firstly, when he says ‘can of something’, he’s not talking about beer: he’s talking tinned seafood. Secondly, that’s a far different proposition in Spain to our local standard.

“Often in Spain, it’s really great quality seafood that goes into a can that needs to be preserved quickly,” Camorra explains. “It’s a way to feed yourself in a really delicious, nutritious way, but it’s still really quick.”

Alongside these meals-in-a-tin, former MoVida Aqui head chef Ewen Crawford will be serving montaditos – little open sandwiches with toppings such as poached prawn, tuna and caviar – and tapas dishes such as air-cured tuna, almonds and watermelon. “The flavours are built up, but they’re quite punchy and simple,” says Camorra.

Bar Tini has replaced the longstanding Misty on Hosier Lane, and will continue the tradition of staying open late. On weekdays, you can get vermouth on tap and a slice of Jamon Iberico until 1am; weekends are even later.

“It was really important to us to have a late-night bar, so when our customers finish up at the other restaurants and they’re not quite finished, they can pop in here and have a look at our extensive wine list,” explains McMahon.

The wine list trends heavily towards Spain, though there are plenty of French and Australian options as well. Ten taps rotate seasonal beers and ciders.

Though Team MoVida has maintained the late-night vibe, they’ve dispensed with some of Misty’s dinge, calling in architect Wayne Finschi to spruce up the bar with handmade joinery and Spanish tiles, topped with red vinyl. “It’s a big dominant bar that you can walk up and have a drink on. There’s lots of areas to stand, like they do in Spain, shoulder to shoulder,” says McMahon.

“In this area, there aren’t a great many good bottleshops if you’re on your way to a dinner party,” McMahon says.