A Backyard Aussie Barbeque Out West 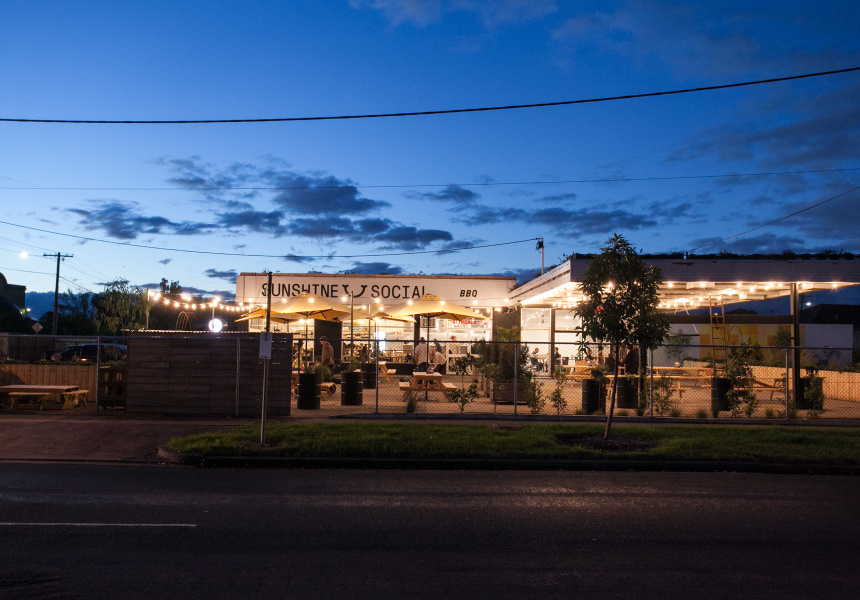 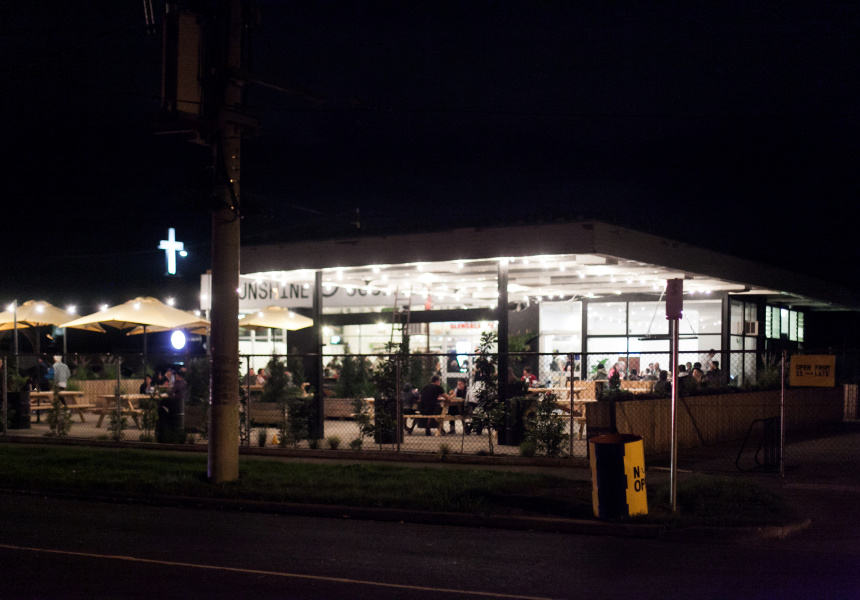 Don’t be surprised if you feel déjà vu walking into Sunshine Social for the first time. Maybe it’s the laid-back staff, the outdoor cubby house or the smell of charcoal-roasted chicken, but somehow it feels familiar.

Western suburbs locals, Greg Fee – who opened Footscray’s steak-focused Station Hotel 10 years ago – and friend Gareth Crawford, have seen a change in the west over the last decade. Although gentrification is spreading, Fee and Crawford don’t want the area to forget its diverse roots.

That’s why they opened an Aussie barbeque joint in Sunshine West, designed to make anyone feel at home. “Bring your kids, bring your dog, you don’t have to dress up – we’ve got parking, so just pull up. It’s a backyard,” says Crawford.

The pair wanted a place that serves food they love to eat. “Who doesn’t love food cooked over coals?” Crawford says. A lot of research went into finding the right charcoal, and after testing a variety of woods, they settled on the native mallee root tree, which burns hotter and slower than other options.

“We wanted to put a modern twist on the barbeque. Living in the west, there’s lots we can take from [the area],” says head chef Leicester O’Loughlin.

So instead of a traditional pasta salad, there’s an Israeli cous-cous salad with pickled eggplant, roast capsicum, olives, and an orange pomegranate dressing. A serve of smokey kabana with mustard pickles will also bring back childhood memories, as will the dessert menu: choc ripple cake, ice-cream sangas and Frogs in a Pond.

The kitchen is only a tiny part of this enormous venue, which in the past was a petrol station, then a deli, and finally a secondhand clothing warehouse. The task of cleaning and renovating the space was taken on by Crawford and Fee themselves.

“It was a bit dodgy and pretty derelict,” says Crawford. “When we got the keys there was still writing on the walls that said ‘knickers,’ ‘socks’ and so on.”

Now natural light floods the almost entirely white and yellow space, bar a few industrial souvenirs, like the building’s original ceiling fans, and hanging block and tackles picked up from Gumtree. The partially covered outdoor area has large park-bench and table seating, with plenty of greenery potted in oil drums.

“We all do barbeque – Greeks, Italians, Cambodians – so why not do it together?” says O’Loughlin.