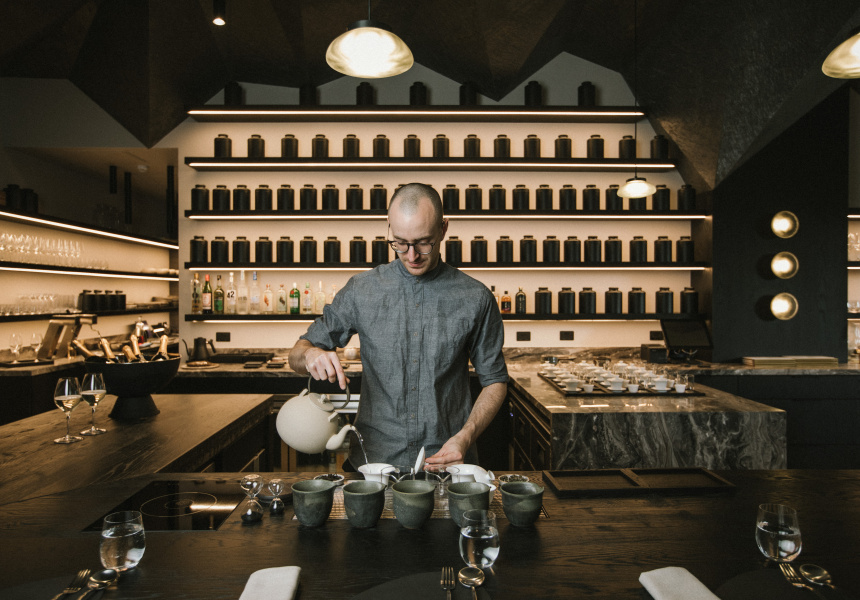 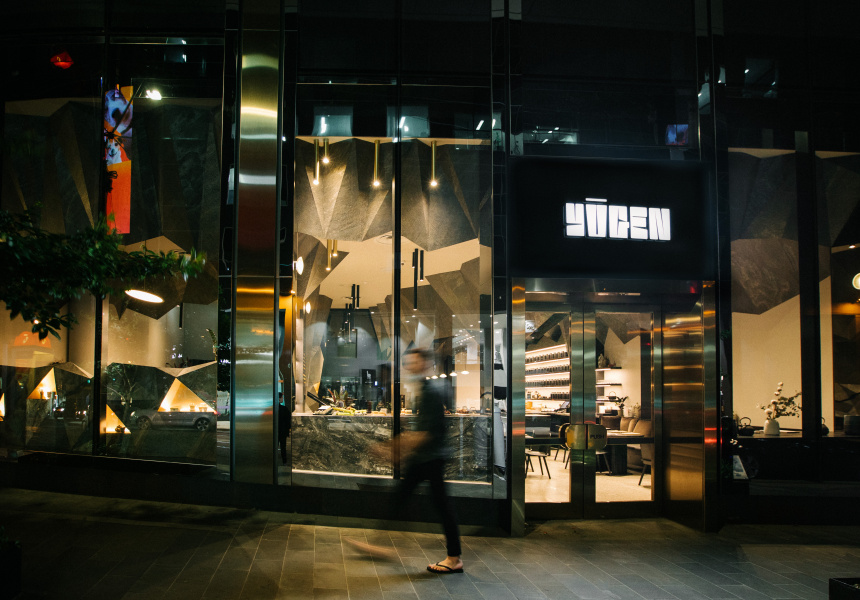 How do you take your tea? Milk, sugar, honey? At Yugen Tea Bar, you’ll find none of that.

Instead, tea sommelier Thibaut Chuzeville is serving tea the way he believes it should be, in its purest form.

Given his extensive industry knowledge – he’s studied tea around the world, serving most recently as tea sommelier at Vue de Monde – Chuzeville is an authority worth trusting. At this tea bar in South Yarra’s Capitol Grand building, he’s offering a next-level tea-education experience.

“The idea when we first started was really to be like a wine bar,” Chuzeville tells Broadsheet. He wants to showcase the nuance of the drink – according to provenance and varietal – in a space that’s both friendly and accessible.

Like a wine list, the menu is broken up into colours – white, green, oolong (a middle ground between green and black), red (or black) and dark. The six different styles are distinguished by their oxidation levels; green tea, for example, is processed to prevent oxidation and maintain its vibrant hue, while black tea is oxidised until very dark.

The only outlier is dark tea (also called puer), which is both oxidised and fermented to further deepen the colour and flavour. “Puer is a green tea compressed as a cake and typically aged for multiple years,” says Chuzeville. “Though in the 1970s, they developed a technique where they put the tea on the floor with wet cloths on it, spray it with water and leave it for 45 to 60 days.”

The more subtle distinctions between each varietal lie in how and where they were produced. “We say in the tea industry that you need three things,” says Chuzeville. “You need the environment, you need the tree and you need the human being.”

At Yugen, there are more than 40 teas, spanning 10 countries and four continents – from a mellow green tea from northern Georgia, to qilan (or “rare orchid”), an oolong from China’s Wuyi Mountains, to smoked black tea from the Thyolo Mountains of Malawi.

Prices range from $6 to $110 for the more premium varieties, such as a heavily aged puer. But thanks to Chuzeville’s brewing style, you can get multiple cups out of the same serving.

And it’s important to note there are no teapots at Yugen. Instead, each tea is brewed in a small, lidded Chinese brewing vessel called a gaiwan and served in locally made ceramic cups. “The idea is to put a bigger quantity of tea in a shorter amount of water for a shorter infusion, but you can repeat the infusion up to four or five times,” he says. “With each infusion, you’ll find different flavours coming out of the tea.”

To match the drinks, pastry chef John Demetrios is serving a delicate patisserie range; think a calamansi meringue tart with caramelised coconut curd and a matcha-mousse dome on a pineapple-biscuit base. And, from December, the team plans to extend the bar’s hours and offerings to include tea-infused cocktails such as Assam Highballs and Oolong Negronis.

The fit-out by Lucienne Hemingway of Curious by Design was built to mirror the mountainous regions where tea typically grows. It features angular, rock-like structures extending from the ceiling, and dark grey, charcoal and black hues throughout. Behind the bar seating is a thick, black velvet curtain that can be drawn for extra privacy during dessert degustations or evening cocktail sessions.

Downstairs, the team – helmed by culinary director Stephen Nairn, who’s also behind Omnia – is working on the complementary Yugen Restaurant, set to open early next year. 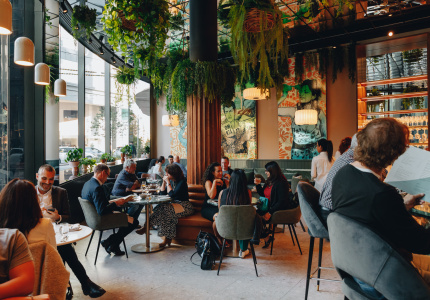