Produced by Broadsheet in
partnership with Brown Brothers.

For one night only, Brown Brothers and Adam Liaw will match seven different wines with a four-course dinner of authentic, home-style Chinese food. In partnership with Brown Brothers’ 1889 range, Liaw and chef Stuart McVeigh unpack the meticulous process behind Perfectly Paired. 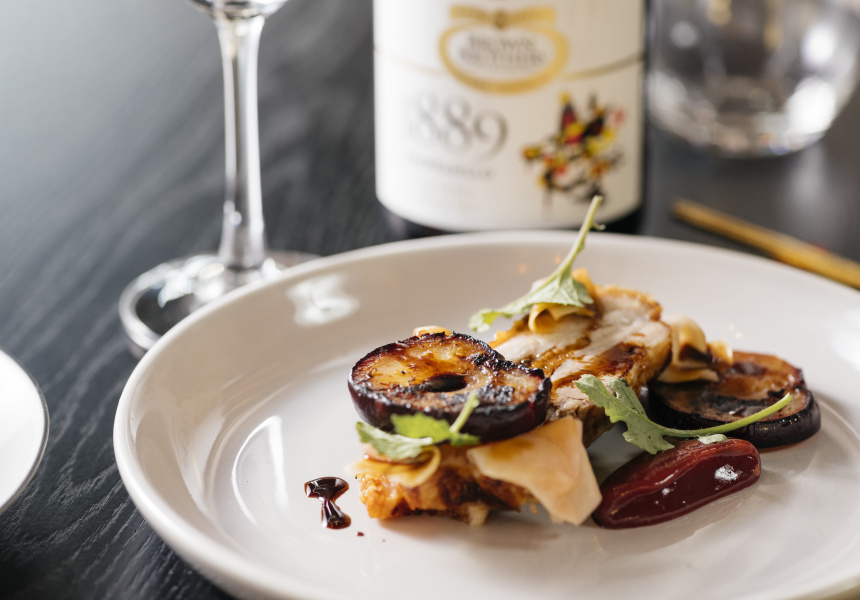 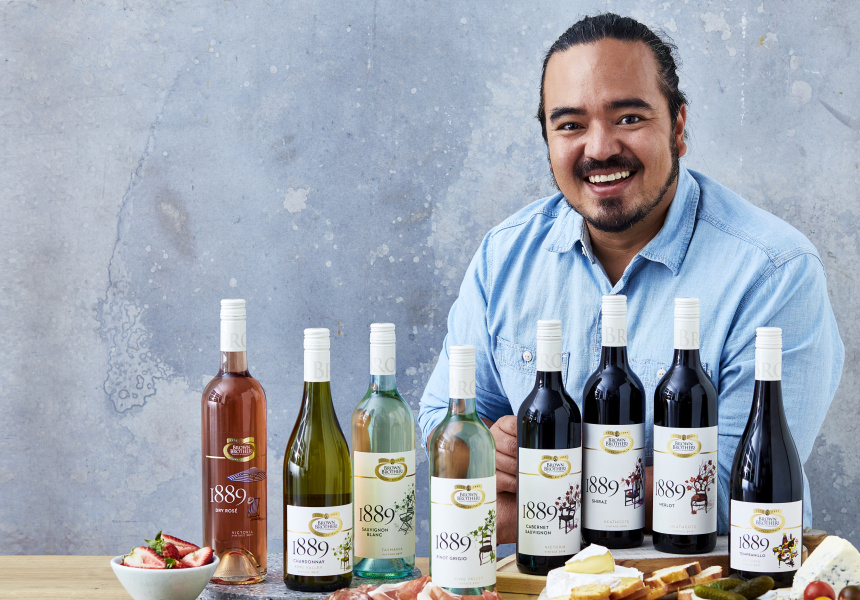 At this point in his career, Adam Liaw has the luxury of picking exactly who he wants to work with. So it speaks volumes that the affable Masterchef winner, continued TV star and prolific food writer has been collaborating with multi-generational Victorian winemakers Brown Brothers for more than three years.

“It’s less of a company and more of a family,” says Liaw. “It’s one of Australia’s great family-run wine brands.”

That focus on family suits his own style, which is all about fresh, simple home cooking centred around a shared table. “You can make things taste good without spending a lot of money and putting in huge amounts of work,” he says. “We see eye to eye on what we do: focusing on quality while keeping it practical and reasonable.”

Founded in 1889 in Milawa, Brown Brothers has become emblematic of handcrafted wine that’s approachable and unpretentious. Its 1889 range, for which Liaw is range ambassador, showcases eight table wines specifically intended to be enjoyed while eating.

Seven of those wines will enjoy starring roles on May 23 when Broadsheet Kitchen hosts Perfectly Paired, a one-night event featuring a four-course Chinese dinner designed by Liaw and Brown Brothers in collaboration with Broadsheet Kitchen’s resident chef Matti Fallon (from DuNord’s Kitchen and Prince’s Pies) and Stuart McVeigh, executive chef at Saint Crispin, the current home of Broadsheet Kitchen.

“There were two guidelines we had to use,” says McVeigh. “Obviously matching it with the Brown Brothers 1889 range, but also keeping to the theme of Chinese food that we’re doing at Broadsheet Kitchen.”

The menu begins with a canapé of prawn and scallops dumpling with puffed tapioca, black garlic and pickled shiitake, matched to the 1889 Dry Rosé. For the entrée, a steamed egg custard with spanner crab and Liaw’s own homemade XO sauce will be paired with the pinot grigio and chardonnay. A main of roast pork with preserved plums and young ginger will share the stage with a pair of distinctive wines – tempranillo and malbec – while the ambitious dessert balances soft chocolate, cocoa nibs, quince and Szechuan pepper with shiraz and cabernet sauvignon.

“It’s a mix of Stu’s style and my style,” says Liaw, “but also a mix of restaurant style with more home-cooking style.” He cites a dumpling sauce that he’s been ageing for nearly five years, as well as that family-recipe XO sauce, which includes prosciutto and red chilli powder. As for the show-stopping dessert, it features a meringue that’s toasted with the Japanese oak charcoal Binchō-tan.

“We hope people are surprised at how bang-on the matches are,” says McVeigh. “If that happens, we’ve done our job well.”

This article is produced by Broadsheet in partnership with Brown Brothers.

Produced by Broadsheet in
partnership with Brown Brothers. Learn more about partner content on Broadsheet.