Five years in and the festival’s program is more imposing than ever. We’re here to help you navigate it. If Good Beer Week 2015 had a subtitle, it might be “The Year of the Sour”. With the IPA craze fading, brewers and drinkers are moving on to the next big thing, which is beer fermented with the aid of lactobacillus bacteria, brettanomyces yeast or various other microbes. The result is tart and funky, like sourdough in bottled form.

Local breweries such as Moon Dog and La Sirène have played with the style, but this year GBW is also flying in brewers from Jester King (Texas), Rodenbach (Belgium) and Boon (ditto). All three producers are known for incorporating sour flavours into their beers, something you’ll taste everywhere at this year’s festival.

If you like Japanese beer, you’re also in luck. There are three Rising Sun breweries visiting this year: Hitachino Nest, Baird Beer and Coedo. Their brews will be showcased at restaurants and bars across the city, with plenty of opportunities to hear from the brewers themselves.

All this makes for a 250-item program, up from 200 last year and 50 four years ago. It’s clear: GWB is only getting more and more popular. Here are our top picks, divided into four categories.

If you’re keen to get a handle on sour beer, this is the deep end to dive into. Six artisan cheeses will accompany six sours from Rodenbach and Boon, giving guests a taste of just how well the two get along. Other sour crash courses include Souring Inferno and Palate Cleanser. Alternately, if you’re just in it for the cheese, similar cheese-pairing events are running at The Merricote, Milk the Cow Carlton and The Local Taphouse.

Letting loose at one of these venue takeovers is your best bet for tasting Australia’s finest. For the entire week, six pubs are turning over their taps to a chosen part of the country. Three other pubs will represent Europe, New Zealand and the US.

Fifteen years ago, Bryan Baird left America to open a brewery in Japan with his local-born wife. Their initial fermenter held just 30 litres. Now they brew from a dedicated warehouse-size facility. Baird will tell this remarkable story in person at bottle shop/bar BeerMash, while its taps pour his beers for takeaway and immediate drinking.

It’s like the whole of GBW crammed into a few hours. Expect 300 beers for tasting, 120 made exclusively for the event, plus food from Uncle, Milk the Cow, Huxtaburger, Mr Claws and Meatmother. Then there’s table tennis, “beer college”, and 150 stalls to peruse. Just remember to pace yourself.

For the Love of Yeast, Pope Joan, Brunswick East

Last year Pope Joan was the host of Mega Dega II, one of GBW 2014’s most vital events. This time round, things are slightly lower key at the cafe and restaurant. A five-course dinner will be accompanied by beers from 3 Ravens. Not a downgrade, by any means.

If you can’t make it to Pope Joan, Saint Crispin is another place to get your fix of 3 Ravens and top-class food. Mash Brewing from WA is also joining the party, which includes a matched five-course menu created specifically for the night.

There’s something poetic about the newly christened Estelle Bistro hosting the team from Kiuchi Brewery, an institution with 192 years of history behind it. Don’t come for that, though. Come for the five-course degustation, with matched Hitachino Nest beers, Kikusakari sake and Kiuchi umeshu. A brewer will talk the assembled guests through everything they taste.

For all the popularity of Belgian beers, it’s rare to see them actually drunk the way the Belgians do: with a side of frites or a few fluffy, eggy waffles. These two weekend-long events are the solution. There’ll be a matching menu and a brewer from Palm on hand to talk about what you’re drinking.

In 2014 Brooklyn Brewery and Ten Minutes By Tractor battled to prove whose products pair best with food. This year, Port Phillip Estate is up against the Belgian trio of Palm, Rodenbach and Boon. Keep in mind, the Belgians don’t operate like other breweries. They have cellars full of rare and carefully aged beers, some of which will be dusted off for this five-course dinner. So even without the food and wine, this is something special.

The Nest Off: Chef Meets Brewer, The Nest, Spotswood

Would you rather eat it, or drink it? That’s the question Two Birds brewer Jayne Lewis and Rockwell & Sons’ chef Casey Wall will be battling to answer at this Iron-chef style dinner. Each course will feature a selected ingredient used in both the beer and the accompanying food. Fun and delicious.

What time does the beer start flowing? That’s the real question if you’re thinking of attending this all-day affair at the newly founded Hawkers brewery. Buses will ferry the punters there from Fed Square, with breakfast served on arrival. The rest of the day is all about education, with brewers from Evil Twin, Baird Beer, KAIJU!, Edge Brewing Project and Hawkers running tastings, tours and Q&A sessions throughout the day.

Learn how to make your own beer. For free!

There’s no better way to master beer than by knowing the individual ingredients. This event is a great chance to get acquainted with the zing of Citra hops or the distinctive floral bouquet of Nelson Sauvin flowers with the help of Luke Nicholas from Epic, Ben Kraus from Bridge Road Brewers and Joseph Wood from Liberty Brewing. With lots of tasting, of course.

Drink and have fun

Is Beer the New Wine?, The Toff In Town, Melbourne

That’s the question opposing panels of beer and wine industry folks will be hotly debating. The audience won’t have to do a thing other than sit back, laugh, and enjoy the six beers and cheeses going around.

Another festival favourite, Brewers and Chewers mixes elements of speed dating and a brewing masterclass, giving guests one-on-one chats with beer makers from Australia and around the globe. This year the guinea pigs are drawn from Nomad, Rodenbach, Modus Operandi, Victory, BrewCult, Beavertown and Jester King. Oh, and they’ll be bringing plenty of their beers with.

Forget taxis. After two years trundling around Sydney Craft Beer Week, The Bus That Rocks is making its way down to Melbourne to host GBW’s best pub crawl. There’ll be six stops, with beer and food included.

If there’s a cult favourite at GBW, it’s this beer-themed scavenger hunt through the streets of Collingwood with Cavalier Brewing. At the end of the clue-packed journey, there’ll be a one-off Cavalier brew to celebrate. Go!

It’s called Red Hill for a reason: because it’s an ideal place to get your mountain bike on. After they’ve built up a sweat thundering down the brewers’ favourite trails, guests will be treated to beers and lunch at the brewery, which is celebrating its 10th anniversary this year. 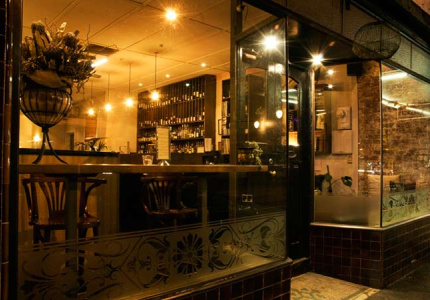