Three of the country’s best young chefs tell us what they’ve got planned for 2016, and what they see on the horizon for Australian dining. 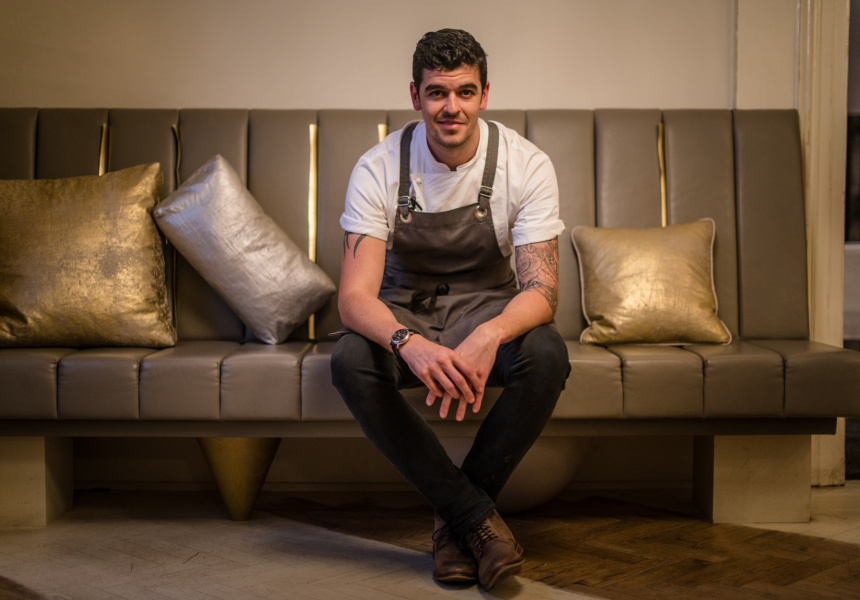 After two years spent making a name for himself in the Brisbane food scene (most recently with the critically lauded cafe, Gauge), British-born Ollie Hansford, 27, has just embarked on a new chapter as head chef of Melbourne’s Stokehouse City.

“It’s going to be a restaurant where it doesn’t have to be a special occasion to visit,” he says. “You can come in on a Monday night for a main course and a side and be very happy. Or, you splurge a little bit with a six, seven or eight-course dinner. We’re making the customer the creator.”

Here in Australia, “casual, relaxed dining” is the direction Hansford sees the industry moving. “People don’t really want to be fussed over. They still want to be made to feel special, but now they’re more interested in the food.”

Formerly of Ms. G’s and Papi Chulo, Patrick Friesen, 28, is now head chef of the soon to open Queen Victoria Hotel in Enmore, which he describes as, “A beautifully designed pub serving Chinese food.”

“We are going to have more traditional-style dim sum and a Hong Kong-inspired menu, with our takes on HK classics such as typhoon shelter crab, HK-style French toast and roast duck with rice-noodle soup. You might also see some American-Chinese classics thrown in for good measure.”

In terms of what’s next in Australia, Friesen anticipates something very specific. “I am waiting for a comeback of the pan basting with butter,” he says. “We had a few good years of sous-vide everything, and now everyone is wood or charcoal firing everything. Next up is basting veal chops with house-made cultured butter with herbs and garlic.”

27-year-old Jesse Blake left his role as sous chef at Melbourne’s Cumulus Inc. to take on head-chef duties at this fine diner. Its ethos is a, “Celebration of WA beef and lamb, with a strong focus on seafood and frequent menu changes and updates, driven by availability of seasonal produce,” says Blake.

That Perth’s produce is different to Melbourne’s and, at times, harder to source means high on Blake’s agenda will be, “finding creative ways to produce ‘standard’ product”.
And what will we see more of on our plates going forward? “Seafood and fresh vegetable-based menus, as beef and lamb prices continue to rise due to exports”, he predicts, as well as “house-made everything!”