Once a Bakers Delight, it’s been transformed into a buzzy bistro and wine bar from a former Fitzroy Town Hall head chef and the owner of nearby wine bar Barkley Johnson. Visit for a caramelised-onion baguette, whole fish swimming in miso butter and a peachy aperitif cocktail. 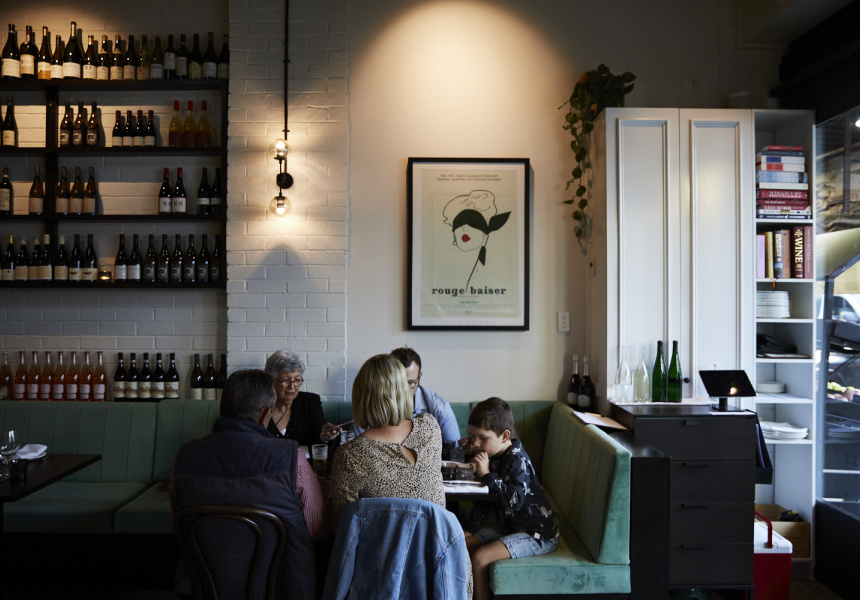 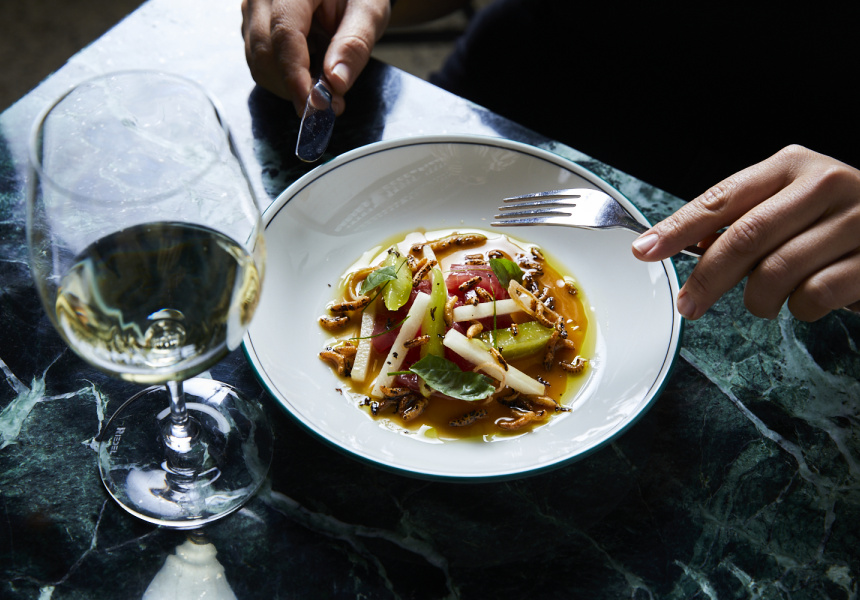 “My first job was in a pizza restaurant in Brisbane and I knew from that point that I would probably be in hospitality for my whole life.”

But Bar Romanee co-owner Anna Quayle has come a long way since then. Prior to opening the Yarraville spot – with Jim Gridas of nearby bar Barkley Johnson – she was head chef at Fitzroy Town Hall Hotel. Before that she trained under acclaimed French chef Pierre Koffmann, whose now-closed London restaurant once earned three Michelin stars.

She and Gridas got the keys to a former Bakers Delight on Anderson Street in December 2019, and were raring for a May 2020 start. But after a long lockdown, during which they served takeaway specials, Bar Romanee officially opened late last year.

Inspiration for the bistro comes from Quayle’s experience with classic European (and specifically French) techniques, as well as her love for Victorian produce.

“I write the menu daily, so we get the freshest produce we can and then just go from there. We go off on [a] tangent,” Quayle says. “It’s more fun to be constantly thinking as opposed to cooking the same thing every day and changing the menu every three months.”

Start with snackier dishes – perhaps a collab baguette made by neighbouring Cobb Lane Bakery with caramelised onions and rosemary, freshly shucked oysters, or an anchovy delicately curled on a thin potato crisp.

Appetisers are split evenly between veggies and meat. Think Glenora Heritage padron peppers with an anchovy emulsion, tomatoes with goat’s curd and crisp capers, yellowfin tuna with wild rice and kaffir lime, and grilled ox tongue – among others.

Larger dishes might include a free-range chicken ballotine, whole market fish with miso butter and crisp shallots, Cape Grim hanger steak with Cafe de Paris butter, or house-made spaghetti with cherry-tomato sugo. While most of the protein dishes are mainstays – in some form or other – Quayle says the produce supporting them changes constantly.

“[The menu is] designed to go either way: you can have a traditional entree, main course, or you can grab a whole heap of things for the table and share it all.” There’s also a five-course chef’s menu with all of Quayle’s favourites for the day.

The wine list leans less towards biodynamic new-wave drops and more towards classic European bottles, with a 100-strong mix of bottles imported and sourced locally. Like the menu, by-the-glass pours change daily.

Cocktails also come and go, but the Romanee Spritz – with Lillet Rosé aperitif, the peachy creme de peche and sparkling wine topped with white peach – is a constant. There are also Seedlip mocktails, and a range of beers and ciders.

They’re all made at the glossy emerald-marble-topped bar, complemented by the plush teal velvet booths and pops of green throughout the space. The white-brick walls are covered in wine bottles and vintage-look posters that further emphasise the Euro influence.