The Art of Chocolate Making

We spend a morning with Winnow Chocolates, learning how these delicate, coloured creations are made. 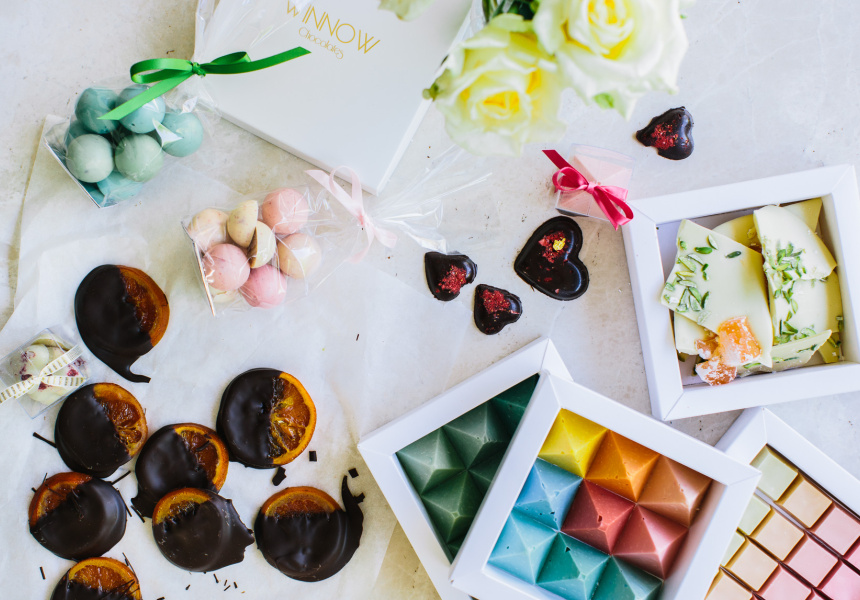 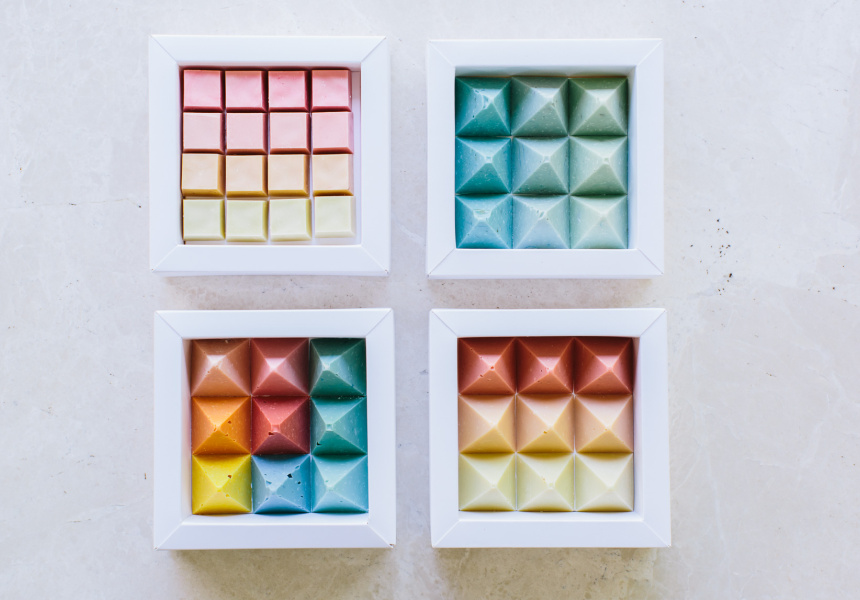 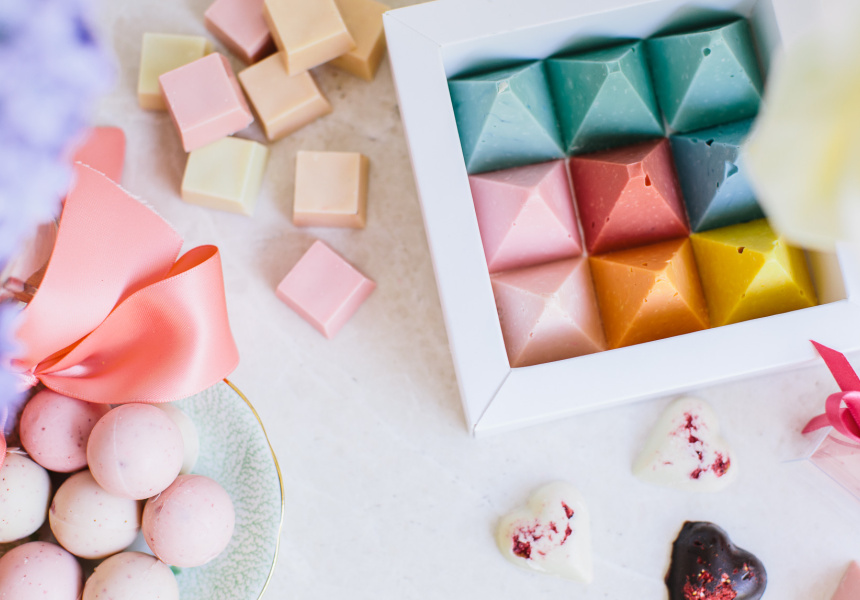 Amanda McKeith’s home in the Sydney harbourside suburb of Neutral Bay is on a steep hill, so an expansive balcony at the rear looks over a canopy of leaves from surrounding trees. Sunlight drenches the house, lighting up the breezy rooms which are colourful, but decorated simply. Seeing McKeith’s home places her colourful chocolates in a different context – the colours, although delicate, speak more of Australian plants and bright produce than the Parisian finesse that at first glance they might remind you of.

Winnow Chocolates came about from McKeith’s love of food and art. After leaving a corporate job, McKeith was working in a chocolate shop a few days a week before she went back to university to study sculpture. The owner offered to train her as a chocolatier, and after a year she decided to give it a shot on her own.

To make her wares, she uses organic chocolate from Belgium and tempers and colours it herself. “It’s real chocolate, so it doesn’t have any vegetable oils in it, which means it has to be tempered to have that beautiful shine and snap to it. Also, if you’re using moulds, it has to be tempered, otherwise it will get stuck,” she says.

McKeith starts the tempering process; “It’s all about movement and heat,” she says. Firstly, white chocolate is warmed in a duck-egg-blue ceramic bowl to exactly 40 degrees. Next, it’s poured on a marble slab to cool slightly to 27 degrees. It spreads in a perfect circle, white on white, and she works it, spreading it out and back into a circle with deft hands using a palette knife and a metal scraper. The sweet, creamy aroma drifts across the room. She checks the temperature with an infrared thermometer and once it’s ready she scrapes it carefully into the bowl and stirs vigorously for a few seconds to get it to 27 degrees again. “It needs to be brought back up slightly to recrystallise and regain structure.” It’s poured into moulds and placed in the fridge.

The colours; dusty pink, orange, creamy yellow, mint green and aqua are made using an oil-based powder. “You can’t use anything with a water content because it will cause the chocolate to bloom, where you see white spots in it.” The ombre watercolour range, where a dark to light effect is created, was inspired by a visit to Monet’s garden in Giverny, France and her love of Impressionist art.

All the coloured chocolate is flavoured to match. “I’ve worked in the industry for a long time, with different chefs, watching how they pair sweet and savoury to find a balance,” she says. “Chocolate can be overpoweringly sweet; for inspiration I look at recipes and take from what other people are doing – not just sweet makers, but everyone else. The classics work best – I tweak them to get it right.”

“If it’s pink, I’ll do raspberry, or strawberry or add coconut. If it’s a bluey-green, I’ll do blueberry or apricot.” McKeith also does spiced chai, plum and lime, peach and coconut. There is an option to create bespoke flavours through her website. McKeith counts herself as more of a purist rather than being in the camp of current dessert makers whose hallmark is to be experimental. “I’m not doing crazy flavours that only a small proportion of people will be like, ‘Oh wow, yum’ and everyone else might be sceptical.”

It’s not what you usually think of when eating chocolate, but there is no other way to describe McKeith’s chocolate other than fresh. With flavours such as strawberry and balsamic, the usually sickly sweet taste of white chocolate is made complex and subtle. In another flavour of brittle variety, the salt is the first flavour to hit the palate, then the roasted hazelnut combining with the rich flavour of cocoa finishes it off.

McKeith’s chocolates have the tiny imperfections of a small-batch, handmade product. “I make everything to order so it’s as fresh as possible. If I’m going to make a luxury product, I don’t just want it to look pretty, it has to taste really good. I don’t want people to look at it and then it be sub-par when they eat it.”

All products are available online at winnowchocolates.com and ship to Victoria.