A Wine Baptism of Fire

The challenge? To take a tonne of a prized Shiraz grape and go head to head to produce the best 900 bottles of wine. Try a glass for yourself this Saturday during the pop-up event for Wine Baptism of Fire, a wine-making competition for non-winemakers. 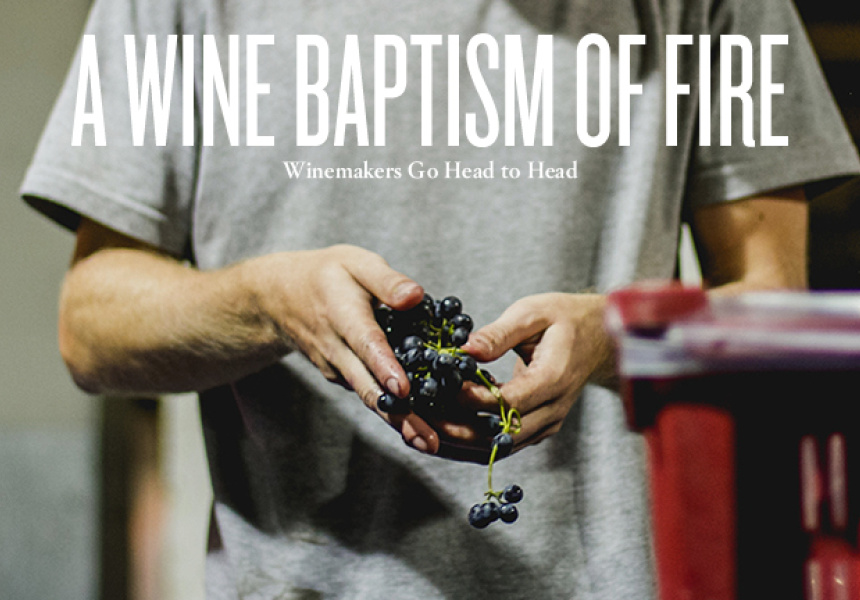 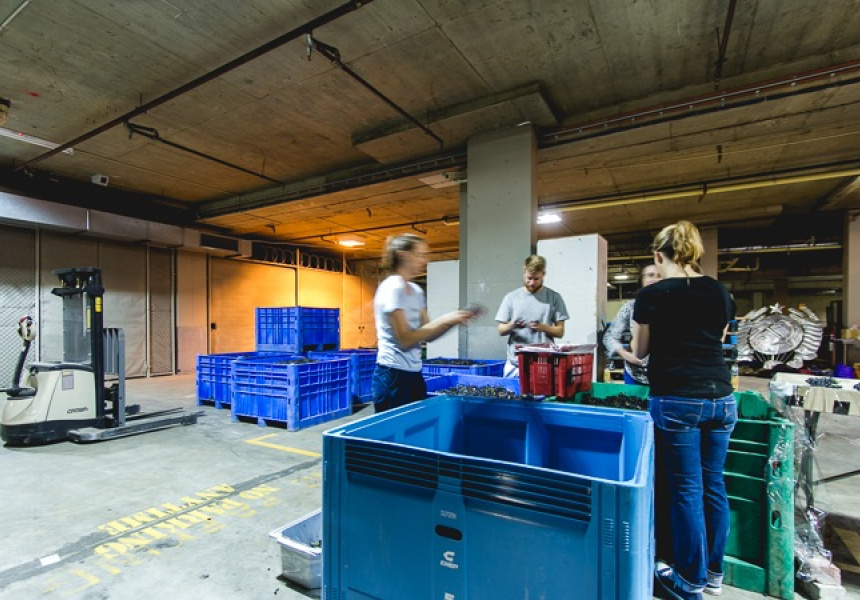 Wine Baptism of Fire is the first of its kind; a new winemaking competition for non-winemakers. Enthusiastic applicants, who had never professionally made wine before, were given the chance to produce their own wine from the best grapes and be mentored by top winemakers.

From a list of over 50 applicants, five diverse finalists have now been chosen to compete in the Wine Baptism of Fire Competition. And after days of deliberation, organiser and judge Rory Kent, of Young Guns of Wine fame, is quick to reveal that together with his fellow panellists – Circa’s Sally Humble and wine writer Matt Skinner – the decision-making process was no easy task. “We received so many strong applications that we had to bump it up from four to five finalists,” he says. “It was really important that the people we got on board have a good idea about wine, plenty of enthusiasm and a real yearning to simply learn more.”

That being said, it now comes down to five teams, who are represented by the Grossi Florentino restaurant, a group from Ben Shewry’s Attica, a female-only party, a mixed hospitality crew from Sydney and, lastly, an underdog that features contenders from outside any wine-related trade. All unfolding in the The Prince’s basement carpark, the pop-up and makeshift winery provides an unexpected location for where the creating is set to unfold.

Working closely together with leading mentors such as Matt Harrop of Shadowfax winery and Michael Glover of Bannockburn Vineyards, the finalists have just been given a tonne each of the prized Mount Langi Ghiran Shiraz grape to produce 900 bottles of wine. A remarkable opportunity for winemakers of any stature, Kent describes the act as “unheard of”, but most intriguingly, it’s the fact that the contestants can apply whatever winemaking style they prefer.

“We're seeing some pretty hands-on techniques being used,” explains Kent. “One team has some amphoraes, which are terracotta urns that the Romans used to make wine in, and another team has a 675-litre ceramic egg in which they’re fermenting their wine – it’s really popular method with biodynamic producers.”

Although the winner will be determined by how many bottles they can eventually sell, Kent ensures us that along with Humble and Skinner, the judges will always be present to liaise with and to “steer the direction of the competition and to referee when necessary”.

Taking the opportunity to really promote wine to a wider and younger audience, Kent believes that this initiative is about more than unearthing a talented maker or unveiling a great new product. “At the end of the day, we're doing this to engage more people with wine in an interesting manner, so we've been able to really get involved by setting up events, social media and even video production.”

A generous effort thus far, it’s clear that Kent is ticking all the right boxes.

*Wine Baptism of Fire will be hosting a free public launch on Saturday 29 June from 6pm-11pm. The pop-up winery will take place in the basement level carpark of Circa, The Prince, offering tasting glasses of the wines from past Young Guns of Wine winners for $15 and Vietnamese sticky pork buns for $6. The Taco Truck and Beatbox Kitchen will also be on site with tunes by DJ David Bowley.

This piece first appeared on The Publican.