Produced by Broadsheet in partnership
with the AFL.

Win a Speed Round of Dining and AFLX 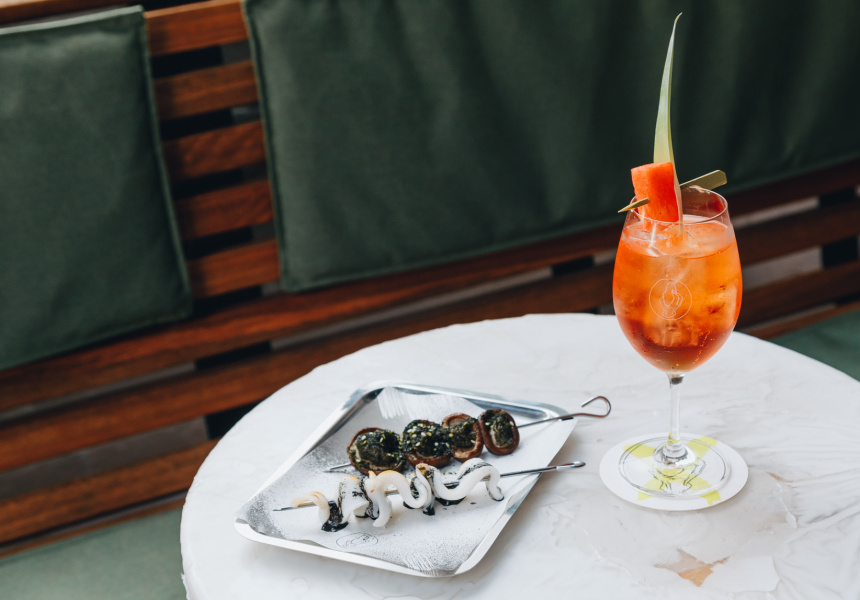 To celebrate the launch of a brand new AFL format, AFLX, Broadsheet are offering you and three friends the chance to win a fast-paced, roving-style meal across three of the city’s most innovative new restaurants, before being chauffeured to the game.

Held on Friday February 16, the evening begins 4.30pm sharp at Butcher’s Diner on Bourke Street for yakitori-style charcoal grill on a stick, paired with a locally brewed Mr Banks Brown Ale. At 5.15pm, you’ll walk around the corner to David Moyle’s Thai-inspired, bar-cum-diner Longsong for meat sticks and a cocktail, before hopping over the road at 6.00pm to enjoy raclette and a cocktail at intimate new bar Juliet.

Dinner done, you and your friends will then travel to Etihad stadium to witness the first AFLX bounce at 6.40pm. Featuring two “pools” of three teams playing off against each other in a streamlined, round-robin style tournament, “pool A” will see Carlton, Melbourne and North Melbourne battle it out to face the winner of “pool B”, featuring Essendon, Hawthorn and St Kilda. culminating in an historic Grand Final.

Each side will be made up of 10 players, with seven on the field and three available on the bench. Games run for two 10-minute halves with a two-minute break at half-time, and several rule changes have been designed for maximum impact, including 10-point super goals, last-touch out of bounds and non-stop action.

The game’s entertainment isn’t just confined to the playing field. In conjunction with the matches there will be fireworks, music, DJs, in-game commentary, roving performers and more, making AFLX one of the most exciting new additions to the city’s events calendar.

To enter, fill in the form below.

This article is produced by Broadsheet in partnership with AFLX.

Produced by Broadsheet in partnership
with the AFL. Learn more about partner content on Broadsheet.