Tasty kebabs, beers, gin and juice. Have a taste before the rest of the city. 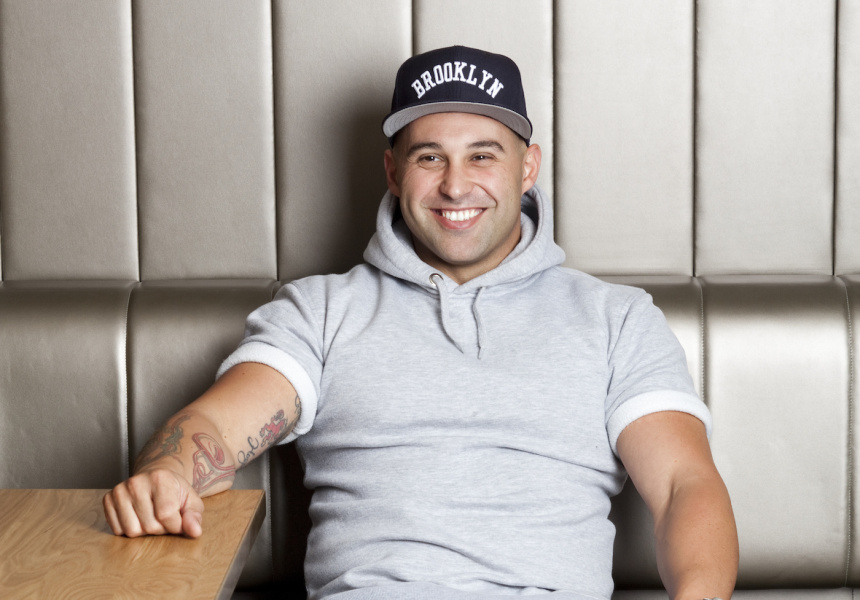 We cover a lot of restaurants in this city, and we can spot a proper passion project. In the case of Shane Delia’s upmarket Collingwood kebab joint, Biggie Smalls, it’s more like an obsessive, life-long fixation finally realised.

“When I was a kid, I loved him [The Notorious B.I.G.] so much my brother bought me number plates that said BGPOPA,” Delia told Broadsheet in a previous interview about the restaurant. “They were so tacky. I copped a lot of shit, but I loved it.”

Delia’s casual fast-food restaurant and tribute to the late Christopher Wallace is finally being realised with an official opening on Smith Street on December 10. It’s a laid-back counterpoint to his Middle Eastern fine diner, Maha. A place where Delia can kick it with the homies, basically.

Before that happens, we’re throwing a preview party for 50 Broadsheet readers at Biggie Smalls on Sunday December 6. Enter here to win and head along with three of your friends.

This is your chance to try Delia’s Middle-Eastern-meets-New-York-style kebabs before anyone else. The evening will include dishes such as the East Coast (fried shrimp with harissa and almond hummus, mint and pickled radish), and the A-Rab (smoked hummus, slow-roasted lamb shoulder and fresh spices and herbs) There’ll be Gin & Juice (yes, we know it’s West Coast, but still) and beer, as well as 'bomzels' (pretzels filled with salted caramel) and Turkish Delight ice-cream sandwiches.

About the music – let’s just say we hope you like big ’90s hip-hop bangers.

Biggie Smalls' preview party will be on Sunday December 6, from 12pm to 3pm, at 86 Smith Street, Collingwood. Each lucky winner can bring three guests.