Courtside seats and bubbles for the trouble. In partnership with Piper-Heidsieck, we’re offering you the chance to win an exclusive champagne-tinted, on-court experience at the tennis. 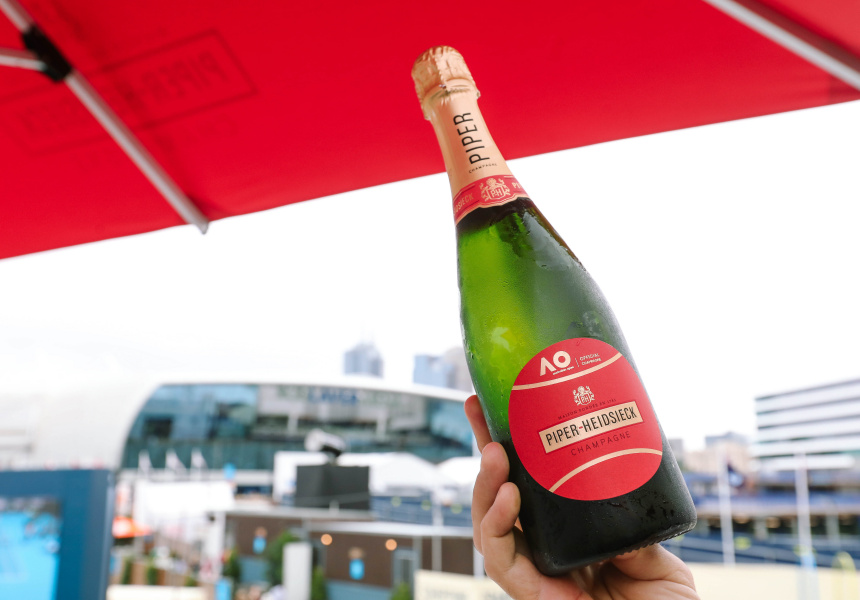 This competition has closed - the winner was Kyle B.

French champagne house Piper-Heidsieck thinks Melbourne did a fantastique job of emerging invigorated after all things 2020. Now they want to invite you to share a special moment with a friend, paired with champagne.

The celebrated maison dates back to 1785, when it launched with Queen Marie-Antoinette as its first fan. Today, Swiss Grand Slam champion Stan Wawrinka is charged with all global ambassadorship matters, democratising the finely beaded fizz.

Returning to Melbourne for its third consecutive year as the Australian Open’s official champagne Piper-Heidsieck is bringing bubbles aplenty. Broadsheet has teamed with the award-winning champagne house to give you the chance to win a one-of-a-kind Australian Open experience worth nearly $4000.

On Tuesday February 9, one winner and a friend will attend the AO Chef Series as part of the event’s dining package, enjoying a four-course dinner with matched wines to be enjoyed in The Eatery at the Glasshouse, situated among the AO Dining Precinct. Ex-Vue de Monde head chef Mark Briggs will be your guide for the evening. The leader in sustainable dining is renowned for plating up Gippsland’s finest fresh produce and seafood at his idyllic lakeside restaurant Sardine Eatery and Bar in Paynesville.

After dinner you’ll head to Rod Laver Arena and be seated in on-court seats presented by Piper-Heidsieck, where you’ll have the most exclusive experience of being only metres away from the world’s best players in action.

This article is produced by Broadsheet in partnership with Piper-Heidsieck.