Why Does Paris Have Bad Coffee?

While France’s capital might be known for its cuisine, its coffee has traditionally left much to be desired. 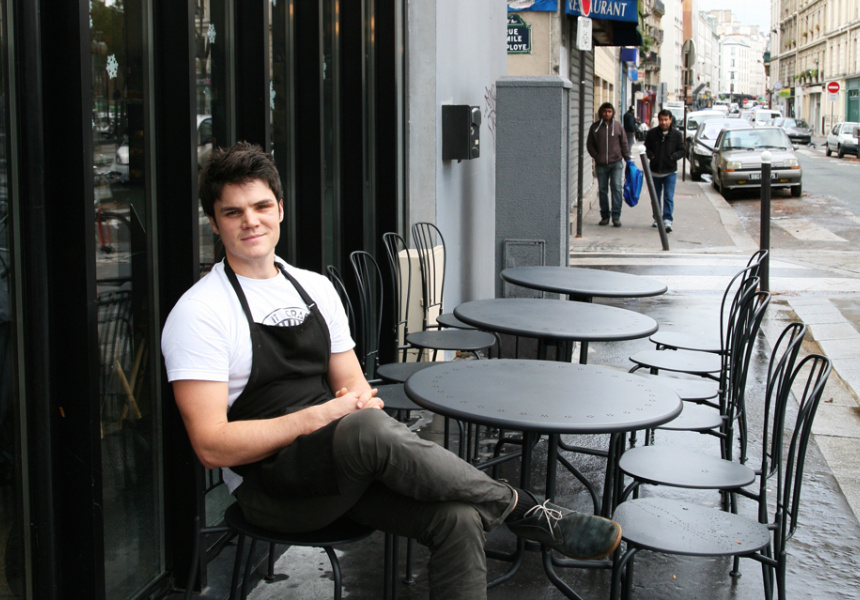 Paul Arnephy, Melburnian and co-owner at Lomi Roastery and Café.

Paul Arnephy, Melburnian and co-owner at Lomi Roastery and Café. 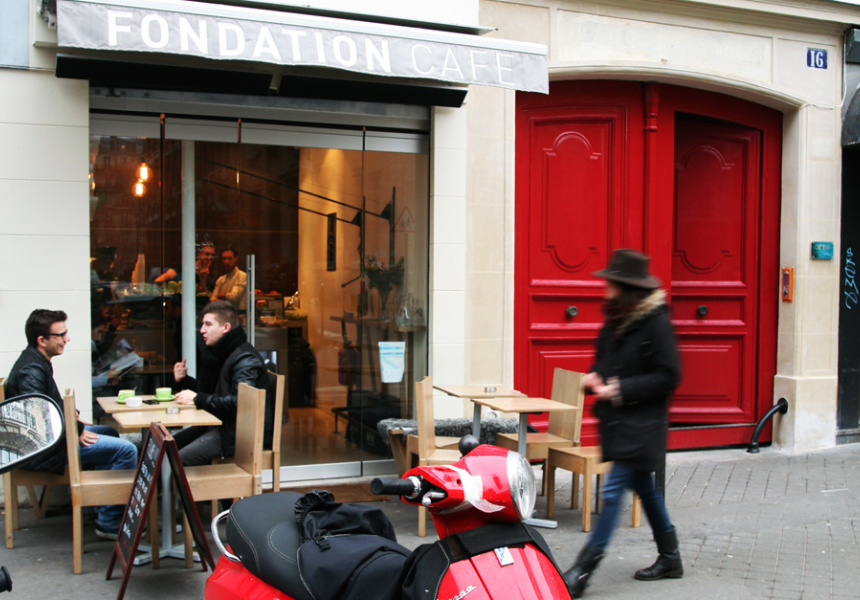 The French coffee-drinking experience traditionally involves ordering over a bistro counter, stirring in an inordinate amount of sugar, swallowing quickly, and leaving a few euros on the bar.

France’s coffee culture (or lack thereof) is so widely criticised by foreigners that to complain for the first time about the disgusting espresso you were just served by a brusque bartender is almost a rite of passage among expats.

In Australia, we still largely carry a perception that the French are fierce bastions of taste and culinary finesse. But in 2014, the cuisine’s public relations copped a blow when international headlines announced that as many as 70 per cent of restaurants in France were using ready-made meals, rather than preparing ingredients fresh.

Paul Arnephy, Melburnian and co-owner at Lomi Roastery and Café, recalls his first coffee in Paris. “The guy made a coffee for a customer before me – he put coffee in the grip, didn’t tamp it down, and then when I ordered my coffee, all he did was push the button again.”

Tom Clark, the co-founder of Parisian cafe and roastery Coutume, originally comes from Canberra and remembers his first year in Paris similarly: “I realised there was a real lack of understanding around coffee even though they drank litres of it per capita, and they love it.”

Suddenly, the classically French appreciation for the finer things in life feels, to borrow Clark’s words, like “a complete hoax”. How can a culture that prides itself so much on quality, consistently make something that tastes so terrible?

New Parisian Di Keser doesn’t agree it’s all so bad. “It’s all about knowing where to go,” says Keser, who recently moved to France with her husband Will. Together they own Hardware Société and Bowery to Williamsburg in Melbourne. They’re now preparing to open Hardware Société Paris on Right Bank, and hope to be open by Easter.

After the Paris attacks, Keser says they nearly shelved the idea altogether.

“It was a surreal time to be in Paris,” she says. “But then the French changed our opinion on that [abandoning the business]. They were so incredibly patriotic, resilient and proud.”

As a Parisian, Christina Montenegro of La Caféothèque speaks with authority on French attitudes to coffee. The way she describes it sounds almost like breathing oxygen – the daily practice is mandatory, but it’s not something to be enjoyed or savoured. “There’s a tradition of tasting tea, but for the French people, coffee is more of an excuse for hanging out, or being on the terraces,” she explains. “But coffee in itself is not important: it’s just an excuse for sociability.”

When La Caféthèque opened in 2005, it was the first establishment in Paris to focus on quality coffee. Five years later came KB Caféshop, then in 2011 Coutume opened its doors. Meanwhile, Lomi was still only a roastery. Since then, a host of cafes have followed: Loustic, Téléscope, Fragments, Holybelly, Craft, Fragments – the list goes on.

Former Sydneysider Chris Nielsen has been part of the scene for a while: if he hasn’t worked for one of these cafes, he at least knows the owners well. In November 2013 he founded Fondation, a hole-in-the-wall cafe on the edge of the Marais district. “I could’ve gone back to Sydney and started a cafe and made a lot more money than I have here,” he muses over a cup of filter coffee. “But in terms of a challenge, it’s been a great thing. And it still affords me the opportunity to make a mark on my profession.”

“I feel pretty confident in saying – and not from a point of view of pride – we’re serving some of the best coffee in the city at the moment, and I’m super happy about that,” he says.

He’s not unlike many of the other cafe owners we encounter in Paris: young, well-travelled, gung-ho yet easygoing. If they’re French natives and run a place that’s serious about its coffee, they’ve also spent a great deal of time outside France – particularly in Australia. “They experience a coffee culture which is far more dynamic and developed than what we have here,” Nielsen says. “They’ve found something they really enjoy about it: whether it’s the social culture, or the quality of it. When they come back that’s something they miss.”

Of course, it’s foolish to give Australians all the credit. “I think being Australian affected our direction a little bit, but I think you can never forget where you are,” says Arnephy. “We’re in France, we’re in Paris, and people have different taste preferences. So you can’t impose yourself in any way.”

In fact, it makes more sense to look at the situation from the other way around: there’s no one to thank for this change – rather, it’s the fault of the French that it took so long to arrive. While many believe it’s a lack of education, Nicolas Piégay, French native and founder of KB Caféshop, believes it’s a problem with the French way of thinking, and isn’t afraid to say so.

“I don’t think the French know what quality is anymore,” he explains. “I mean, they go to a restaurant and ask for the wine list, and then say, ‘Oh let’s order a bottle of Bordeaux – that’s good’, and that’s all. In actual fact, they don’t know what they’re talking about. With wine, with coffee – even these new cool places. Young French people only go there because the guides tell them too. They don’t understand about the quality.”

When I ask Piégay if cafes like his – and the other neo-bistros and restaurants popping up so frequently – could mean a loss of all the things we love about France, he concedes that it is a possibility. But again, in his mind, what is truly French has disappeared. It seems the French have lost the very identity they cultivated for themselves: one based on the finer things in life; on quality, terroir and tradition. According to Piègay, the best way forward is to “preserve the good things, and build on them”.

Montenegro isn’t so critical of her fellow countrymen and women. “I think people in France are really interested in [coffee],” she says. “They place a huge importance on taste, and there’s a lot of parallel with the wine world, so people really understand that. It’s just that you need to communicate; you need to speak about it.”

Likewise, entrepreneurs such as Clark believe their efforts are bringing something to the French culture that naturally belongs there. “They have this palate; they have this curiosity; they have this level of food intelligence, and they deserve to have somebody who knows what they’re doing making their coffee.” 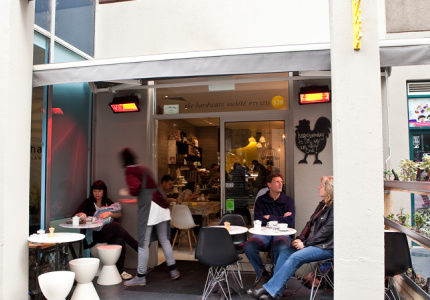 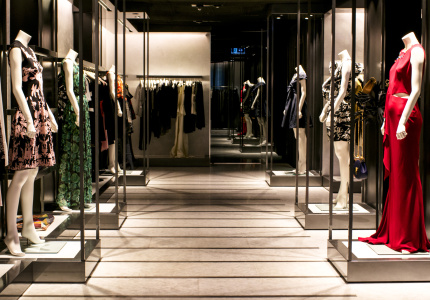