Where Melbourne Chefs Eat in Autumn

One of our best fine-dining chefs has found Melbourne’s top falafel. Another’s tracked down the tastiest banh mi in town. And a third secretly lives on cheese toasties (especially when hungover). 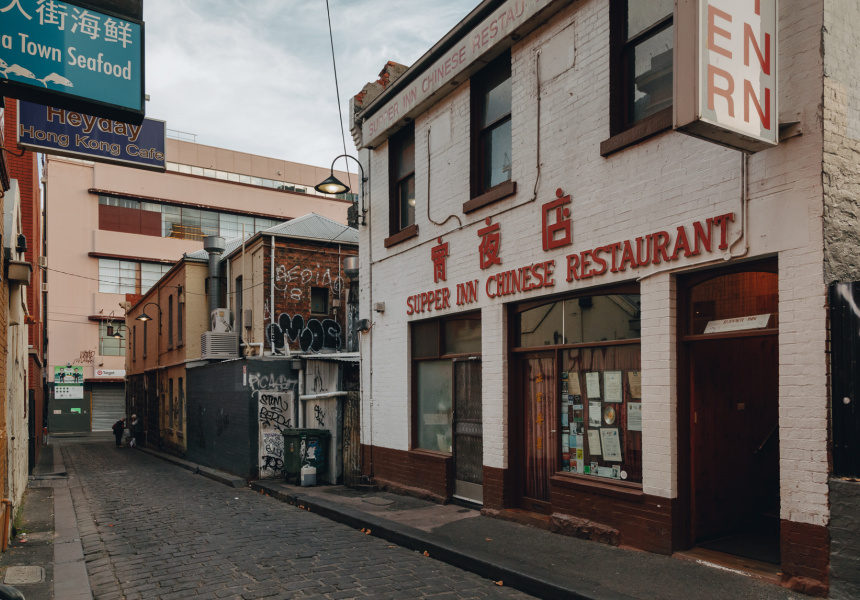 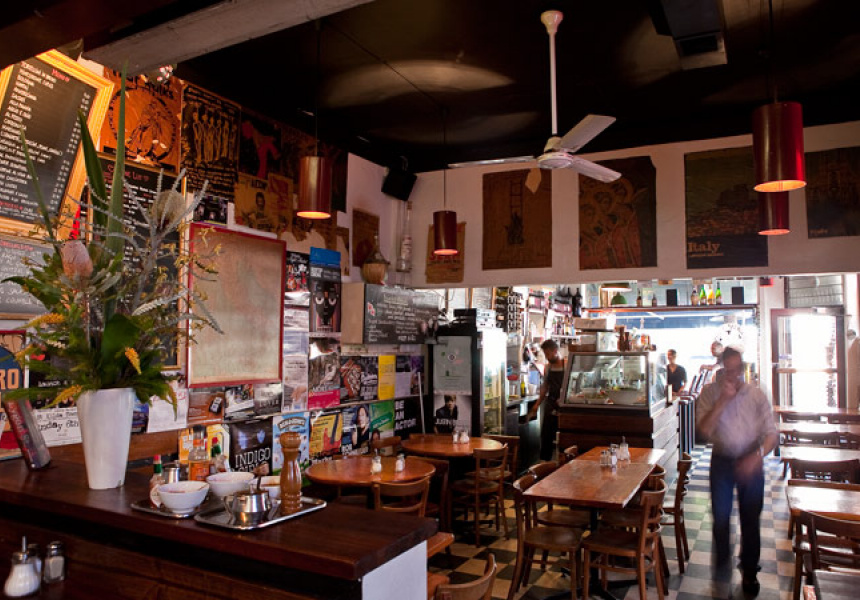 Chefs spend all day, and most nights, behind the pans or at the pass, but they also keep a close eye on the dining scene outside of their own eateries. When it comes to restaurant recommendations, these are the people who know best.

Whether they're after an oozy cheese toastie, roast suckling pig at 2am or a quick Israeli snack, here's where the city's best culinary talent feast (when they're not cooking for us).

“There’s a little place just up the road from Estelle called Tahina,” Scott Pickett says. “They have the best falafel, the best hummus. I get a falafel and hummus pita with green chilli every time, and it’s amazing.”

He’s partial to Tahina’s shakes, too. “Well, I’m trying to drop a few kilos,” the chef says. “And I eat a lot of meat. So, I’m trying to offset that with one or two days of just vegetables. They’ve got these shakes – I don’t know what’s in them – but it’s like a banana-y, malty shake. It’s like my healthy treat.”

“I’m really keen to see what his autumn menu is like,” Pickett says. “He uses a fair bit of indigenous produce, so the menu will have changed a lot since I went last. Native produce in autumn – it’s not really a summery thing, unless you’re up in Queensland or somewhere tropical – when you think about our native game, and the shrooms, and the ingredients you can forage, that sort of thing, this is a really good time for it.”

Somewhere in the middle of those two sits Shane Delia’s Maha. “He’s a bit of a celebrity, Shane, but he’s a fantastic cook,” Pickett says. “And he’s still in his restaurants a lot. Maha’s stood the test of time. If I’m in the CBD I’ll just pop in and do that $40 lunch special.”

The refined Middle Eastern diner was refurbished recently, but you’ll still find a menu of refined, spice-laden dishes such as stracciatella with radicchio, za’atar, fried anchovies and dates, or slow-roasted lamb shoulder with garlic, cumin, pomegranate and smoked almonds.

“I like the fact that it’s always interesting,” Pickett says. “It’s a modern take on Middle Eastern food, on his heritage, and that really shines through on the plate. Not so much in heat, but in spices and aromatics and different flavour profiles. I always walk away having learned something new or different, and I reckon that’s pretty important, too.”

When he’s not working, McConnell dines at intimate city trattoria Tipo 00, which he reckons serves some of the best pasta in Melbourne. If the saffron-infused spaghettini with chunks of spanner crab and confit tomato is on the menu, he’ll order it every time. Same goes for the lingua, grilled ox tongue with pepper and vinegar.

“I love the simplicity and confidence of the cooking here,” McConnell says. “It feels like a serious restaurant when you want it to, but it also feels like a relaxed local trattoria good for a night with the family.”

Over in Richmond, McConnell admires the cooking of chef-owner Thi Le at Anchovy, who’s plating up creative Vietnamese and Southeast Asian-inspired dishes such as barbequed snails with lemongrass butter, and house-made roti with coconut and cashew cream.

“She’s cooking food that is unique to her,” says McConnell. “A compilation of her cooking experiences, training and Vietnamese heritage. Dinner here is always an adventure.”

For a treat, McConnell heads to Chinatown’s iconic Flower Drum and orders the whole roast duck. He loves the sense of ceremony and the layers of service that come with it, in “a room that really should be listed on the heritage register”.

For something a bit more lo-fi, McConnell heads to Maker & Monger at the Prahran Market. “I actually live on toasted sandwiches, and the ones at this fromagerie are absolutely next level. A cheese sandwich constructed by the best affineur [cheesemaker] in the city [internationally recognised cheesemonger Anthony Femia] is a serious thing,” he says. The super cheesy toastie with ham off the bone is his pick. “Especially hungover.”

Ella Mittas
Chef, cooking instructor and Melbourne’s pop-up dinner queen, Ella Mittas is all about unpretentious, carefully art directed events. Her memorable dinners are meticulously planned, from the Mediterranean-inspired food to the lighting and music. When she’s not cooking for herself, she’ll grab a quick aglio e olio, or spaghetti with mussels at Lygon Street’s Tiamo – ideally followed by a film at Cinema Nova next door.

“I only found out recently Tiamo is BYO, and they don't charge corkage, which is a bit of a game changer for me,” Mittas says. “I always try to sit inside, the chequered floor and the corks that hang over the door are so nostalgic to me. That’s where we got taken as kids if we were going to have dinner out … It's half of the fun of going there.”

For late-night city eats, Cantonese institution Supper Inn is Mittas’s pick. She orders the chicken congee, roasted suckling pig and whole roasted flounder. “I love getting big plates of Chinese broccoli too. The kitchen is open until 2.30am, which makes this perfect after a night out.”

And the chef is calling it: she’s reckons she’s found the best bahn mi in Melbourne. It’s at Trang Bakery and Cafe on Smith Street, Collingwood. Mittas loves Trang for its vegetarian options, and usually orders the lemongrass tofu – but also rates the tempura eggplant. She advises carnivores try the pork belly with crackling. But it’s not the protein that makes this place special.

“They're very generous with their crispy shallots and roasted peanut toppings here, and all the herbs and salads are very fresh,” Mittas says.

Over in Abbotsford, Mittas hits up bustling Jinda Thai for a bigger feed. If she can nab a seat inside the busy old industrial warehouse, she gets larb and sticky rice, som tum soft shell crab salad or tom kah, but says to be careful of the heat warnings.

“The food can be very spicy,” Mittas says. She was first taken here by a friend who speaks Thai. “My fondest memory was of her surprising all the staff by ordering in flawless Thai. She also told me that this is the closest Thai food to actually being in Thailand she'd eaten in Melbourne.”

Casey Wall
Carolina-born chef Casey Wall works at and has opened some of the inner north’s most memorable and distinctive eateries, including Italian newcomer Capitano, elevated wine bar-and-more Bar Liberty, and down-home diner Rockwell and Sons.

On mornings off, he jumps on his bike and rides to Northcote bakery All Are Welcome, where baker Boris Portnoy, a friend of Wall’s from the US, gets creative with treats such as tomato tarte tatin with sherry and lovage, and twice-baked lemon curd, rum and almond croissants.

“Everything is just really well made and – this is not an insult to Australia – there's not really a lot of regional food that people argue about here, other than potato cakes. So no matter which bakery you go to around the country, you see the same kind of baked good. Boris does a lot of different stuff. Like really, really awesome savoury pastries. He makes a great one with chorizo and cheese, kind of like a danish, but not sweet.”

And, like McConnell, when Wall wants to get fancy he’ll book a table at Flower Drum.

“It's so different from the kind of food that I normally eat, or know or want to cook,” Wall says. “The way they make the dishes, the clean flavours – such simple flavours – they’re some of the most flavourful plates I've had. It's crazy.

“We had a staff party there like two years ago and we went through the whole [banquet], like the suckling pig and abalone and pearl meat, [and] they did this awesome glutinous-rice-stuffed quail.”

For a more relaxed dinner nearby, Wall loves Sichuan House on Corrs Lane. “It was where the [second] Dainty Sichuan was, but I actually prefer this. That's like sacrilege for a chef to say – but I love it,” Wall says. “Not to sound like a chef wanker, but we usually just take some natural wine.”

He always orders the super-crisp fried pork ribs dusted with cumin and Szechuan “and probably a lot of MSG”, and a dish of fried golden corn kernels (“it kind of tastes like a savoury breakfast cereal”).

And Wall recommends going with at least four people – preferably six – because the portions are huge.

John Rivera
Lume’s new executive chef John Rivera is taking the esoteric South Melbourne diner in a more approachable direction this year as Shaun Quade moves into the general manager role and makes plans for a project in LA.. When he’s not working on playful, refined dishes inspired by his Filipino upbringing, the 25-year-old loves dining at a restaurant by another young gun, Vietnamese-Australian chef Khanh Nguyen, called Sunda..

“I keep coming back here because of the bold, punchy flavours,” Rivera says. “It’s a smart piece of cooking, one that integrates Southeast Asian flavours with native Australian ingredients. Their buttermilk roti with Vegemite curry is the real deal!”

Rivera’s local is tiny 25-seater Navi in Yarraville. “This is somewhat of a local for me because I’m a westie,” Rivera says. “To have something of this calibre in our area is very rare, but it’s been well received.”

He’s talking about chef Julian Hills’s degustation-only menu of heavily European influenced – but undeniably Australian – dishes focusing on native ingredients. “Catch some rays at Williamstown beach during the day, then treat yourself to a delicious, humble and honest experience up the road in Yarraville,” Rivera says.

On Sundays the chef heads to Hector’s Deli in Richmond. “I’ve probably had every sandwich they offer. It’s easy, affordable and super tasty. Their trout bagel is my favourite. It’s a little bit ‘bougie’ with the addition of trout roe,” says Rivera. “You can choose to enjoy your sandwich in the sun or take it away for later. Easy as.”

Rivera has always looked up to chef Charlie Carrington, of Prahran’s Atlas Dining. “He’s come up with a concept that changes cuisine every three months, and I feel like with every cuisine he only gets better,” Rivera says. “It’s courageous. Not many 25-year-olds take that risk, nor do they execute it so perfectly.”

The food at Atlas so far has covered Brazil, Israel and Peru, and Thailand is next.