We hear a lot about “the eight great cuisines”, but these diners are nailing the lesser-trodden trails of regional Chinese fare. 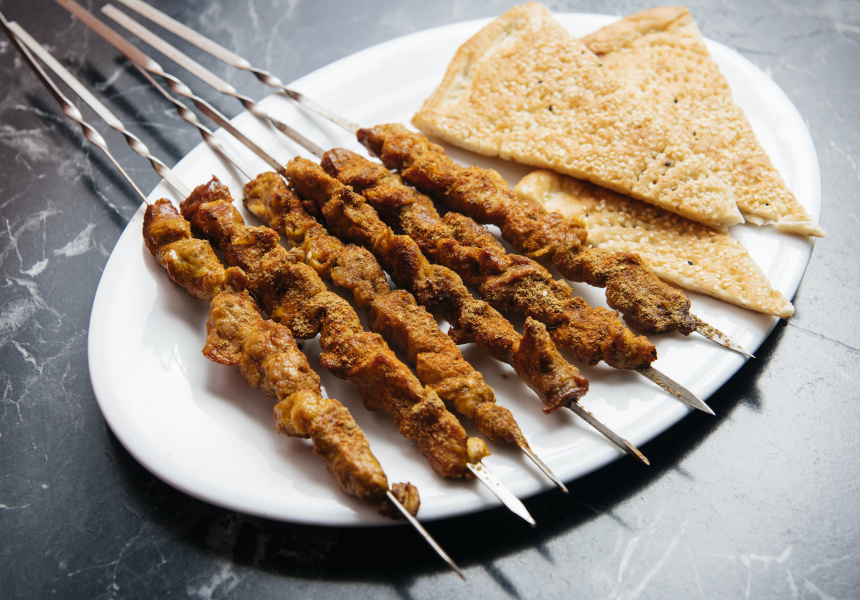 Chinese cuisine is nothing if not diverse, but it’s uncommon to group the food of the country’s regions together. We hear a lot about “the eight great cuisines” (Sichuan, Jiangsu, Zhejiang, Cantonese, Fujian, Hunan, Anhui and Shandong), and each one is a journey in itself, but veer into the lesser-trodden trails of regional fare – there are far more than eight distinct regional culinary styles – and things start to get even more interesting.

This is by no means an exhaustive list, but here’s where you’ll find some of the best in town (without spending a mint).

Yunnan
Culturally, ethnically, topographically and gastronomically, the Myanmar-bordering province of Yunnan is incredibly diverse. It’s revered for its dizzying scenery, easygoing climate and refreshingly light approach to cooking. The province that brought us 25 of China’s 55 ethnic minorities is now having a bit of a moment around the world, largely thanks to its cuisine – a mix of south-western Chinese, Vietnamese, Thai, Burmese and Laotian influences defined more by the quality and abundance of produce than by any unifying culinary approach.

But it's the province’s noodle soups that are arguably the most well-known right now, especially guoqiao mixian, or “crossing the bridge noodles”. An opaque chicken broth comes with rice noodles and thinly sliced raw vegetables and meats on the side (such as chicken, pork, fish, quail eggs, prawn, bean curd sheets, chives) to be added by the diner.

Hit chain Colourful Yunnan does a stellar Crossing the Bridge Noodles. Box Hill’s Cloud in Hometown is another must-visit. Though the service can be a little indifferent, it serves a knockout soupless pork rice noodle dish for $15 with peanuts, spring onion and a complex Yunnan gravy.

Shaanxi
Not to be confused with the (arguably less tasty) Shanxi-with-a-single-“a” province, Shaanxi province is widely regarded as the snack nucleus of the Middle Kingdom – specifically its ancient capital Xi’an.

Shaanxi summers are hot, humid and hard work. Thankfully, some ancient Xi’anese genius invented liangpi, or “cold skin” noodles. Water and rice flour are worked together into a rice cake, which is boiled, set, sectioned into thin strips and tossed with cold cucumber, peanuts, wheat gluten and a medley of sauces led by sesame and black vinegar, and almost always chilli oil. Cool and refreshing but substantial enough to see you through the afternoon, the dish is available from street vendors countrywide in the warmer months. In Melbourne, Russell Street’s sparsely adorned EJ Fine Foods (formerly Xi’an Famous) does the dish justice for a very reasonable $6.

Roujiamo is pork slow-cooked in a broth with more than 20 spices and seasonings, then heaped into a dense baked flatbread. Box Hill’s Shaanxi-Style Restaurant is an understated 20-seater churning out both. Shaanxi Street Food across the road is another great option and serves a mean yangrou paomo, a hot winter stew of chopped-up bread and lamb.

Chongqing
Chongqing is famous for more than hotpot; spicy noodles and Meng Fei, the ruthless host of dating show If You Are The One, are also well-known exports from the area. Recently the two of them have come together in the form of Mr Meng Chongqing Gourmet, a chain of modern Chongqing noodle shops with Mr Meng at the helm.

When we talk about Chongqing noodles, we’re mostly talking xiao mian (meaning “little noodles”), which refers more to a noodle category than a specific recipe. A good xiao mian is generally thin wheat noodles; Sichuan pepper; a healthy overpour of bubbling, chili-laced oil; the odd green leaf; a scattering of scallions; and a handful of MSG to finish. Variations include wanza mian with cowpeas and salty minced pork, or a version with thick beef chunks.

Mr Meng’s slick xiao mian is well worth the wait, as is a plate of chao shou (a meat-filled steamed dumpling) and suanmeitang, a salty, sweet and sour plum drink.

For some of the best wanza mian in the city, head to Dainty Sichuan Noodle Express. It'll set you back $16.80 – order it extra spicy, or Chongqing la (Chongqing hot).

Chong texse toxu qorumisi, which translates roughly to “big plate chicken”, is one of the area’s most recognisable dishes. It’s a stew of chicken thigh, capsicum and potato spiced with anise, cumin and ginger, served on hand-pulled noodles. The resulting sauce is all the richer for the connective tissue, skin and bone of the chook.

Uyghur Cuisine in Oakleigh is hard to beat for this dish, and one serve will comfortably feed four empty stomachs. In the CBD, try Dolan Uyghur Food Heaven (it also has locations in Springvale and Box Hill). Cumin and chilli-dusted lamb skewers ($11.80) are one of the region's biggest exports – order big on these here.

Gansu
Gansu shares many of the same culinary inspirations as two of its neighbours, Xinjiang and Mongolia. Lamb and beef feature heavily here, and you might find camel, too, in the form of flash-fried hump or braised hoof.

Gansu’s capital Lanzhou is the birthplace of one of China’s most ubiquitous dishes: Lanzhou lamian. A thick clump of wheat dough is hand-pulled – usually in view of the customer – as many times as necessary to arrive at the desired thickness (generally between one millimetre and four centimetres). The noodles are then boiled and served in a large ornate bowl in a thin, flavourful beef broth and topped with shredded lean beef or lamb, scallions, sliced radish, coriander and chilli.

China is full of Lanzhou lamian joints. In Melbourne, they’re slightly less visible, but head to Lanzhou Beef Noodle Bar for an experience pretty close to the original. Perennially packed with Chinese twentysomethings on high stools, with a saccharine pop soundtrack, this lamian joint is only distinguishable from those found in the Middle Kingdom by the notably higher quality of water that runs through Melbourne’s taps and into the broth, and the grade of the meat used. Be sure to pick up a plate of cold tofu skin, a cooling complement to the scorching broth.