Produced by Broadsheet
in partnership with Australian Open.

What to Eat at the Australian Open

The serves off-court are just as impressive as those made by the players. In partnership with Tennis Australia, we shout out some of the best dining experiences of 2019. 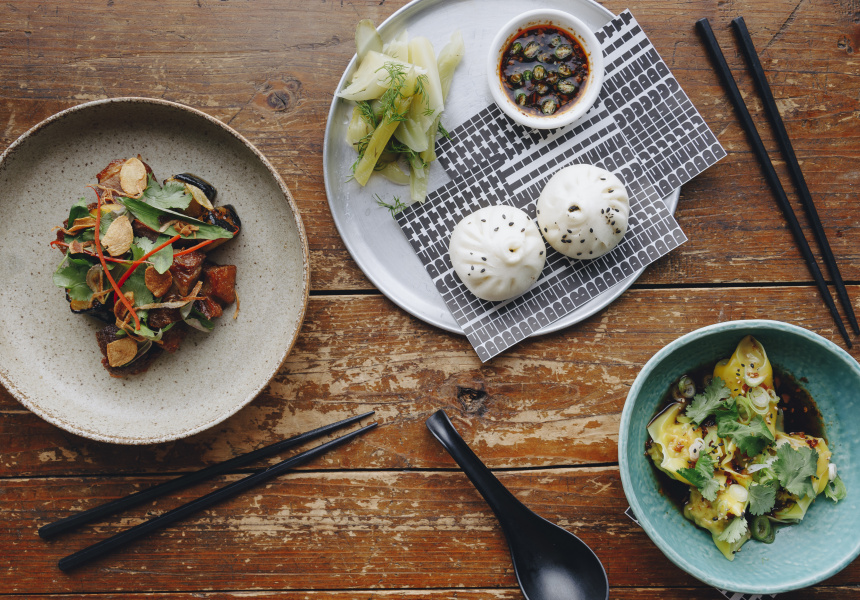 Let’s face it, there are few sporting events where the eating experience has the potential to steal attention from the main event. But, with a draw of some of Australia’s top-seeded chefs at the helm of onsite restaurants, at this year’s Australian Open it’ll take an athlete’s level of concentration to choose between the fare on offer.

The River Terrace will see a series of fine-dining greats come together, while Grand Slam Oval gathers a selection of some of Melbourne’s most recognisable eateries, like Hellenic Republic and Mamasita. Garden Square will host additional food stalls and restaurants – including, interestingly, a Vegemite Food Truck – and the AO Live Stage will feature the Food Truck Park, alongside three bar areas for a spot of socialising between matches. Meanwhile, outside the grounds at the AO Festival, there’ll be a bevy of more relaxed food options for after work snacks – including Huxtaburger and Hunky Dory Fish and Chips.

With seemingly infinite options on site, we’ve narrowed down five locales to visit at the Australian Open – whether you’re popping in for post-work beverages, visiting with friends, or doing some serious spectating.

A dedicated Chinatown precinct on Grand Slam Oval will feature the launch of a brand new restaurant from the Commune Group, the folk responsible for Hanoi Hannah and Tokyo Tina. Be one of the first to try the menu with flavours inspired by the legendary street foods of Beijing, with a dash of Hong Kong and Shanghai thrown in for good measure. A definite highlight.

Having launched in Melbourne in 2007, the towering giant that is Nobu will once again step outside of its Crown Melbourne home and return to the Australian Open, bringing its distinctive brand of totally untraditional Japanese cuisine in tow.

An Australian Open debut from George Calombaris, Hellenic Republic will pop up on a new Melbourne beach-themed location on Grand Slam Oval. At this venue, his consistently great take on Greek classics will be served with contemporary twists.

Chef Neil Perry’s Rockpool Bar & Grill returns during the sporting arena to serve up its multi-award-winning dishes to patrons for whom a hotdog on the run just won’t do.

Produced by Broadsheet
in partnership with Australian Open. Learn more about partner content on Broadsheet.