The Euro-inspired wine bar and cafe is by the husband and wife team behind Fitzroy North’s Underwood. 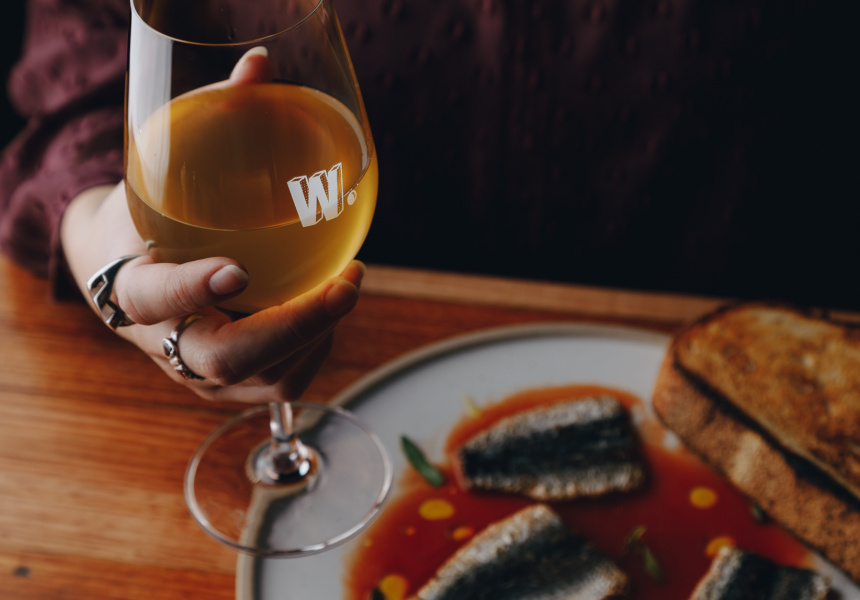 Westwood Coffee and Wine opened in July, but you’d be forgiven for thinking it’s been around longer.

That’s partly because it moved into a Victorian-era terrace house previously occupied by now-closed Clever Polly’s, and partly because owners Michael and Monica Underwood have created a space that feels lived-in and immediately welcoming.

The all-day spot is fitted out with “odd bits and pieces” the couple – who also owns Fitzroy North wine bar Underwood – has collected over the years from friends, shops and previous workplaces. Custom-made trestle tables are from Nook Vintage in Clifton Hill, and there are colourful modernist prints by Madrid-based illustrator Blanca Gómez.

“We wanted somewhere that would be welcoming and accessible,” says Michael. “Where you could go on a Monday afternoon for a glass of wine and a snack, or on a Friday night for a bigger meal with friends.”

To a soundtrack of jazz and soul, couples on bar stools by the front window graze on salumi, anchovies, olives and bread. In banquette seating near the back, small groups tuck into more substantial mains and order bottles of Spanish tempranillo.

Just by the open-plan kitchen specials are listed on a reel of butcher’s paper. Maidenii unfiltered vermouth (straight up or over ice), Hurdle Creek botanical pastis with soda, sardines on toast with Bloody Mary sauce, and a grilled pork chop with charred radicchio.

“We just wanted to do simple food that highlights the quality ingredients – nothing too fancy or pretentious,” says Michael.

The refined, European-inspired menu is by head chef Lynton Tapp, who got his break after appearing on Masterchef in 2013 (he was given the nickname “The Stockman” because of his country upbringing). There’s swordfish tartare with sliced kumquats, grilled cuttlefish and romesco, braised cabbage with celery cream, and sous-vide 72-hour beef short ribs.

For dessert, Mörk chocolate mousse with honeycomb and poached almonds, or a treacle pot de creme, which is inspired by Tapp’s childhood forays into the horse shed to sneak helpings of molasses.

Michael, a sommelier, looks after the wine list, which is European-leaning (sylvaner from Alsace, catarratto from Sicily) but includes a solid list of Australian drops too.

“We always want the wines to be sustainable, and mainly from small producers,” says Michael. “Wines that you won't see anywhere else, and wines that have a good story behind them.”

A general liquor licence means bottles are available to take home, too.

This article first appeared on Broadsheet on August 17, 2018. Menu items may have changed since publication. 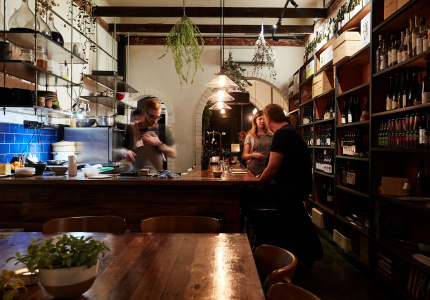