We take a break from the Sydney and Melbourne scenes to explore Wellington’s specialty-coffee. 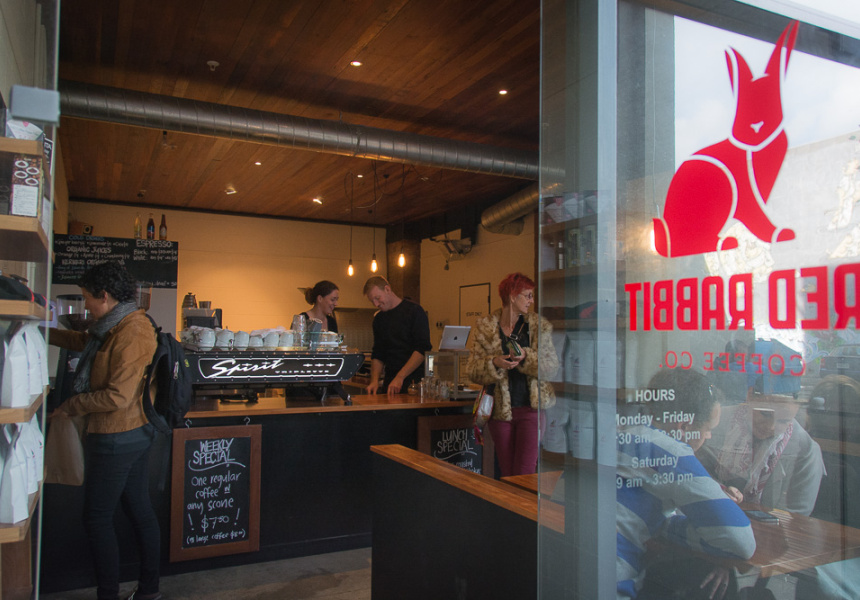 Under normal circumstances, Australian tradition precludes us from acknowledging New Zealand’s merits. Of course, if it were Pavlova or Russell Crowe, we could just take all the credit. But, in this particular case, the case of Wellington’s specialty-coffee scene, we’ll have to forego these time-honoured traditions. After all, what good is rivalry without masses of caffeine and some healthy competition?

As far as cities go, Wellington isn’t exactly big. Which makes its potent coffee culture all the more impressive. So, how did such a remarkable specialty coffee scene develop in a metropolis the size of a Toyota Yaris?

“It has a lot to do with foundations,” says Geoff Marsland, the eccentric owner of Wellington’s oldest boutique roastery, Havana Coffee Works. “Sydney and Melbourne’s coffee scenes were founded and dominated by wealthy, established Italian roasters,” he says, retrieving a bottle of Caribbean rum from a secret compartment beneath his desk. “I imagine you’re sick of coffee at this point,” he says, holding the bottle up and winking (it’s 10 o’clock in the morning). “That fixed identity was injected into your coffee culture long before you had an opportunity to form your own. We never experienced that here and we never had to cater to traditional Italian methods when we started. That’s probably where Wellington and New Zealand began to differentiate itself from Australia.”

Putting the irony of morning rum at a coffee roastery to one side, Marsland offers a very relevant insight into the distinction between New Zealand’s coffee culture and our own. Before the introduction of American specialty coffee standards in recent years, Australian espresso had been seized by the traditional and, some say, stagnant standards of Italian cafe culture. It’s for this reason Australian palates evolved to favour what is presently regarded, by specialty coffee standards, as coffee that is over-roasted, bitter and lacking in complexity. An issue never faced by our neighbours to the East.

Of course Wellington isn’t without its particular tastes. “There is still a strong preference for milky coffee here,” says Nick Clarke, Barista Champion and owner of specialty coffee outfit, Flight Coffee. “There is definitely a black-coffee culture maturing here, though,” he says. “Wellington might offer a less intimidating environment for stepping into specialty coffee. We’re finding people are becoming less and less apprehensive about trialling new styles of coffee. At the moment, about 30 per cent of the coffee we serve is black.”

The amount of black coffee a population consumes can be a good indication of how developed its coffee culture is. Wellington seems to be roughly 10 per cent more inclined towards the black stuff than Melbourne (pending official survey). What’s more, places such as Flight Coffee Hangar, a decidedly Melbourne-esque cafe, where Australians would expect a steady stream of fedora-wearing art students, is filled to the brim with grandmothers, business people, teenage girls and one gentleman in a fetching turtleneck sweater.

To say Wellington has a superior coffee culture to Melbourne, or even Sydney, would be too bold, and probably treasonous. But considering how liberally we travel between states for a weekend of comparable coffees and familiar culture, doesn’t it make more sense to hop on a plane to Wellington for a new, potentially enlightening coffee experience?

The answer is yes. And here’s where you should go…

Flight Coffee Hangar
171–177 Willis Street
Flight Coffee Hangar is the flagship cafe for Flight Coffee, a wholesale roasting operation that’s spearheading Wellington’s specialty scene. Owner Nick Clarke is an internationally renowned coffee figure who recently placed fifth in the World Barista Championships. The space plays on the classic Melbourne motif, laid out in a pale wood that brightens up an otherwise cosy, warehouse atmosphere. There is a bunch of rotating origins and various brew methods on offer as well as an awesome food menu. Simply put, the coffee here is likely the best in all of New Zealand.

Customs Brew Bar
39 Ghuznee Street, Te Aro
Customs is a brew bar operated by Coffee Supreme, a Wellington-based roastery and specialty-coffee outfit whose influence has extended to Melbourne. These guys offer an awesome array of unique, micro-lot coffees spread across a range of brew methods such as V60 and SwissGold. Its signature drink here is an NOF or No Filter Option, which is basically a cupping bowl, or black coffee, made by allowing the grounds to sink before pouring, rather than filtering them out.

Red Rabbit Coffee Co.
Unit 6G, 14 Leeds Street
One of the more recent roasters on the block, Red Rabbit Coffee Co. is a great example of Wellington’s exceptional, but unpretentious cafe culture. As well as mind-blowing espresso, courtesy of its Kees van der Westen Spirit (a fancy and crazy-expensive espresso machine), these guys lay down a polished filter menu split between three origins and methods, all broken down into laymen’s terms for the uninitiated.

Some other options to consider: