The Surry Hills eatery's kitchen was gutted by fire, but it’s rising from the ashes with a brand-new 150-seat bar and restaurant. 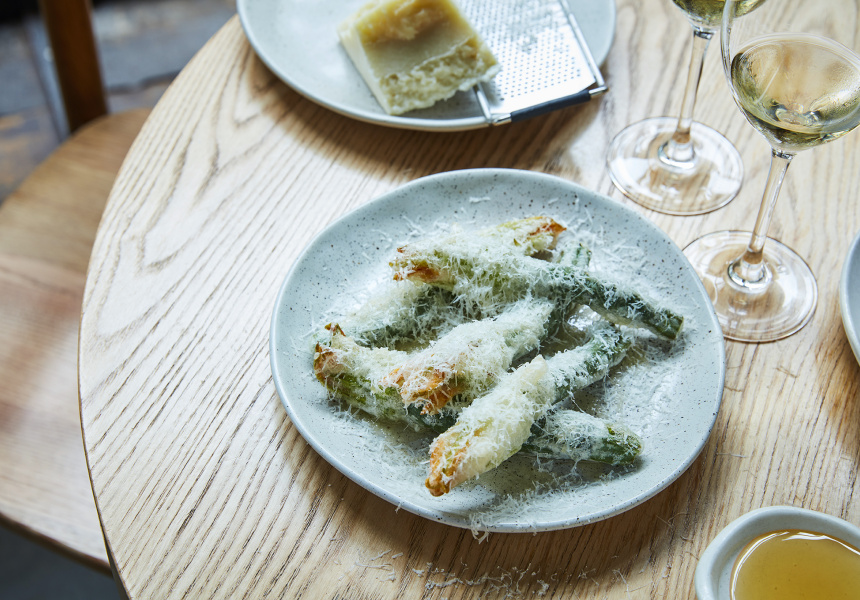 When an electrical fire forced Nomad to close in September, the well-loved Surry Hills eatery moved quite literally up the road, popping up in a corner space that once housed Longrain Sydney.

The pop-up will run until the Foster Street flagship is ready to re-open next year. In the interim, Nomad’s making another move – this time to Melbourne in June 2020. The Flinders Lane outpost fulfils a long-term dream for the Nomad team to operate alongside some of Melbourne’s most respected restaurants, such as Coda, Kisumé and Supernormal.

“We've been hunting for a site for the past two years,” says Nomad’s Sydney head chef, Jacqui Challinor, who will soon oversee both cities as executive chef. “Flinders Lane is such an iconic strip … We wanted to be right in the heart of it.”

The new long, narrow space, which is attached to a car park, “doesn't look like much at the moment,” Challinor says, but architect Clare Cousins has promised to transform it into a smart 150-seat bar and restaurant. Cousins will also handle the interiors with direction from Rebecca Yazbek – who co-owns Nomad along with her husband, Al.

At Nomad Sydney, which is inside a spacious turn-of-the-century warehouse space, the Yazbeks aimed to recreate the experience of visiting regional cellar doors for city dwellers. But Nomad Melbourne promises to be more intimate with a moody atmosphere bolstered by raw materials and wood.

Sous-chef Sam McCallum will take over Challinor’s current role in Sydney, and she’s on the hunt for a Melbourne head chef to make the menu their own, as well as cultivating relationships with Victorian producers and suppliers.

There’ll be some continuity between the two cities, though, including Mediterranean flavours and even a few signature dishes such as woodfired flatbread; the cannellini bean hummus with cumin burnt butter; and the kingfish ceviche with avocado, finger lime and coriander crackers.

Of course, that means the woodfired oven is coming too. “I wouldn't go anywhere without my [oven],” says Challinor. “Expect a beautiful open kitchen with a big, beautiful hearth in there.

“What I'm about is big flavours, tasty food, generosity and humility, so that's what I intend on bringing down. I don't think that differentiates between states or cities.”