A Weekend in the Country with Rohan Anderson

Rohan Anderson, the man behind popular blog Whole Larder Love, is spreading his back-to-basics food philosophy in person over weekend workshops at his home in Springmount. 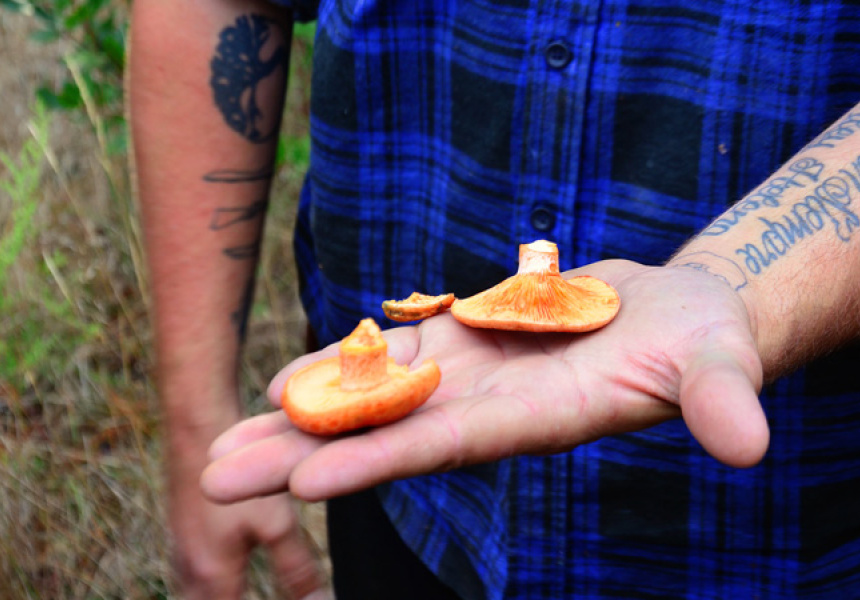 According to Rohan Anderson, people from the city are so used to trusting food from the supermarket that on his weekend workshops in the country – where students gut and skin rabbits, pick wild mushrooms and smoke trout – the consumption of wild food feels counterintuitive.

“We eat so much food from the supermarket that is treated with the worst shit you can think of – fungicides, pesticides, herbicides and fertilisers – that people have this freak out when they pick something from the forest that is absolutely wild, with no chemical impurities,” says Anderson, sitting behind the wheel of a truck on the freeway towards Melbourne. “But it is really safe to eat, because it is picked and eaten within an hour,” he continues. “This is a big part of the weekend. It’s not just ‘This is the right or wrong kind of mushroom to eat’, it’s about changing our views on food.”

Anderson is best known as the writer, chef and photographer behind Whole Larder Love, the enigmatic blog and subsequent book that introduces city folk to some back-to-basics food principles. Anderson has been successful because his message is unpretentious, cutting through the hyperbole and urging that we dedicate ourselves to reducing food miles, growing produce locally, harvesting our own plants and preparing our own meat. He’s extraordinarily resourceful when it comes to spreading his message, but most of all, he’s a genuine man on a mission to enlighten.

A household name in the culinary world (and turning down regular spots on television shows because, as he asks, “Why do we always feel the need to keep expanding?”), Anderson has recently taken a more personal path, running a series of workshops at a homestead in Springmount, 20 minutes outside Ballarat.

At the workshops, Anderson teaches people to skin rabbits, forage for wild mushrooms and set up their own fly-fishing kits. While there’s a technical element, it’s also an important lesson in life. He’s been reduced to tears by the end of a session and says that watching people change the way they think about food is almost too much for him emotionally. “The food takes a backseat at the workshops. It’s people wanting to change their lives,” he says. “That’s what has had a big effect on me. It starts off as a workshop, but people aren’t here to be judged about their lives, they’re just here to learn what I’ve learned.

“People come as individuals with the same problems and same questions and they’re leaving as friends, trying to help each other answer those questions. That’s why it became so bloody emotional for me,” he urges. “I said to my partner Kate, ‘Stop reading the bloody emails to me’, because I can’t handle all these beautiful words that people are writing.”