A Trip Through Mexico with Hotel Jesus 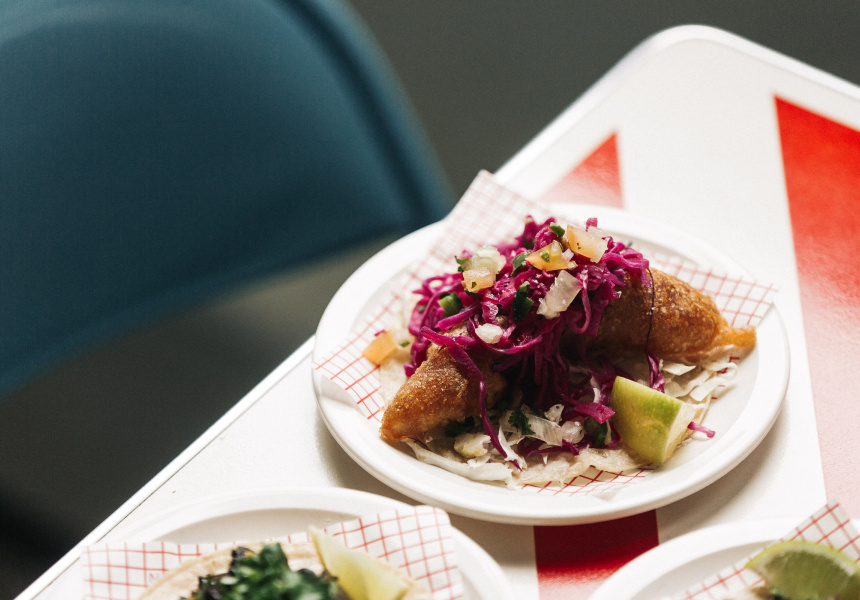 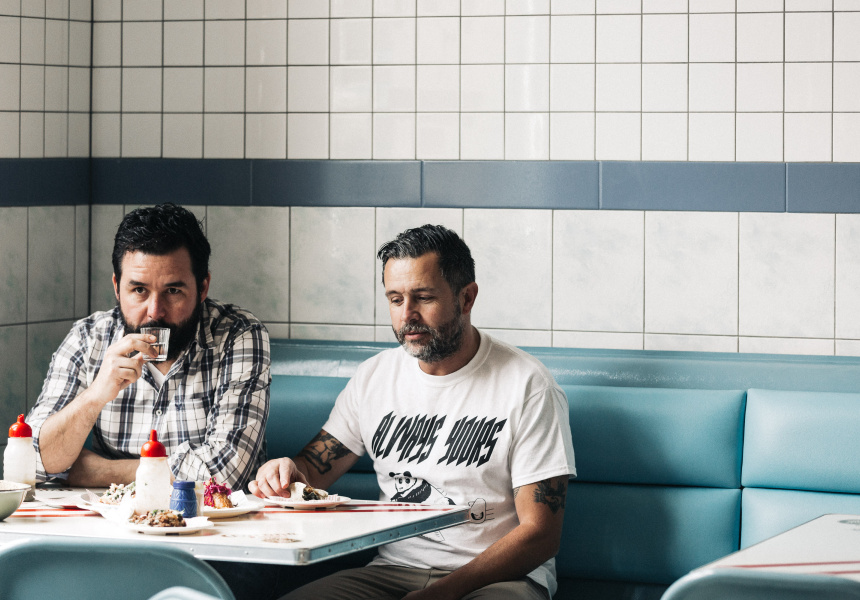 It’s hard to miss Hotel Jesus, the festive and fluorescent ’70s-style Mexican taqueria in the old Collingwood post office on Smith Street, which opened last September. The place is adorned with kitsch Latin American paraphernalia, such as a light-up “Corona Tostaderia Jesus” sign; a shrine with bottles of Mezcal Vago; a statue of Christ on the cross; and a photograph of the 1977 Mexican soccer team. The menu, conceived by Mexican-born chef Yasser Garcia, is simple and authentic – ceviches, tostadas, volcanes, quesadillas and, of course, tacos.

For fans of bona-fide Mexicana, a visit here is essential.

Co-owners Matt Lane and Nick Peters (also of Mamasita) have recently made a couple of changes.

First, Lane and Peters have revised their steadfast no-reservations policy and bookings of all sizes can now be made both at Jesus and at Mamasita.

Taco Wey – a takeaway taco stand that occupied a wing of Jesus – has also closed. Takeaway orders can now only be made in the restaurant proper, and in Taco Wey’s place there’s a space to accommodate larger groups (which is in cosy proximity to a new self-serve beer fridge).

“The original concept was for this to be like a Mexican marisqueria [seafood shop] or taco stand,” he says. “There’s no takeaway culture in Mexico – because food is everywhere, you just buy it and eat it.”

Lane has also noticed that more people are opting for shared dishes, which is actually much more conducive to the way Mexicans eat.

“The dining landscape has become so much about share food,” he says.

Garcia nods as he recalls meals growing up at his family ranch in Monterrey, in north-eastern Mexico, where sharing was the norm.

Looking at the paper tick-a-box ordering card, Lane and Garcia explain that each of the six tacos on the regular menu at Hotel Jesus reflects a different part of Mexico’s diverse geography.

“Every place has its own taco dish,” Lane explains.

The Vegetarian Fritos taco
This one is modelled off the torta ahogada – the ambassador taco from Guadalajara, in the western state of Jalisco. It’s a bit like a soggy ceviche that’s drowned in bright-red salsa ahogada (like a chilli gazpacho), made with Jesus’s own tortilla and served with potato and goat’s cheese. It’s also Guadalajara’s official hangover taco. 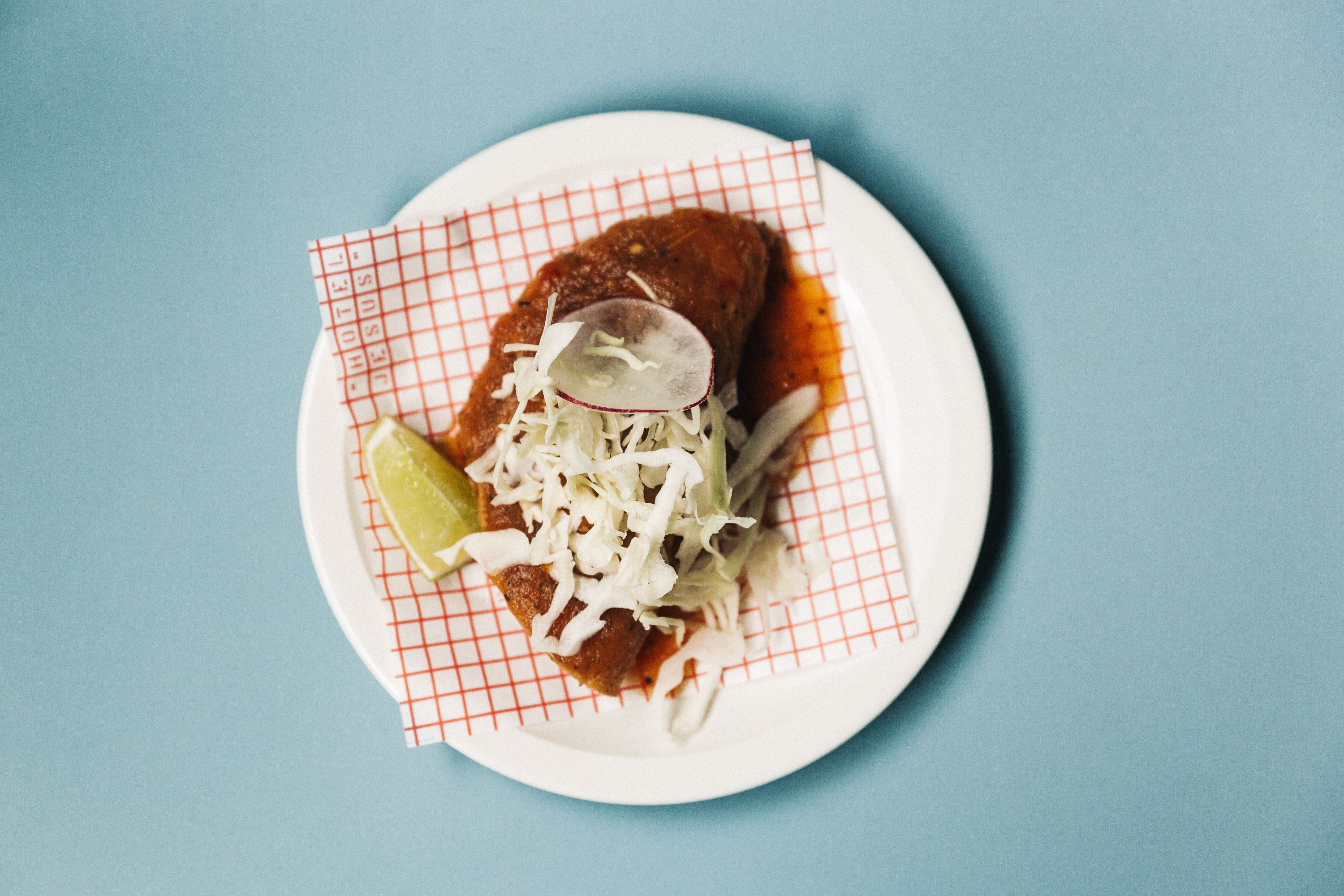 The Seafood taco
This is made with snapper or rockling (depending on what’s good) and battered and fried in the style of La Paz, and served with pickled cabbage and pico de gallo. So as to avoid confusion with the Bolivian city, Garcia draws a crude map of Mexico on the back of a menu and runs his finger down the Baja California Peninsula, between the Gulf of California and Pacific Ocean, to his La Paz.

“And that’s the wall,” he says, moving his finger up to the American border. 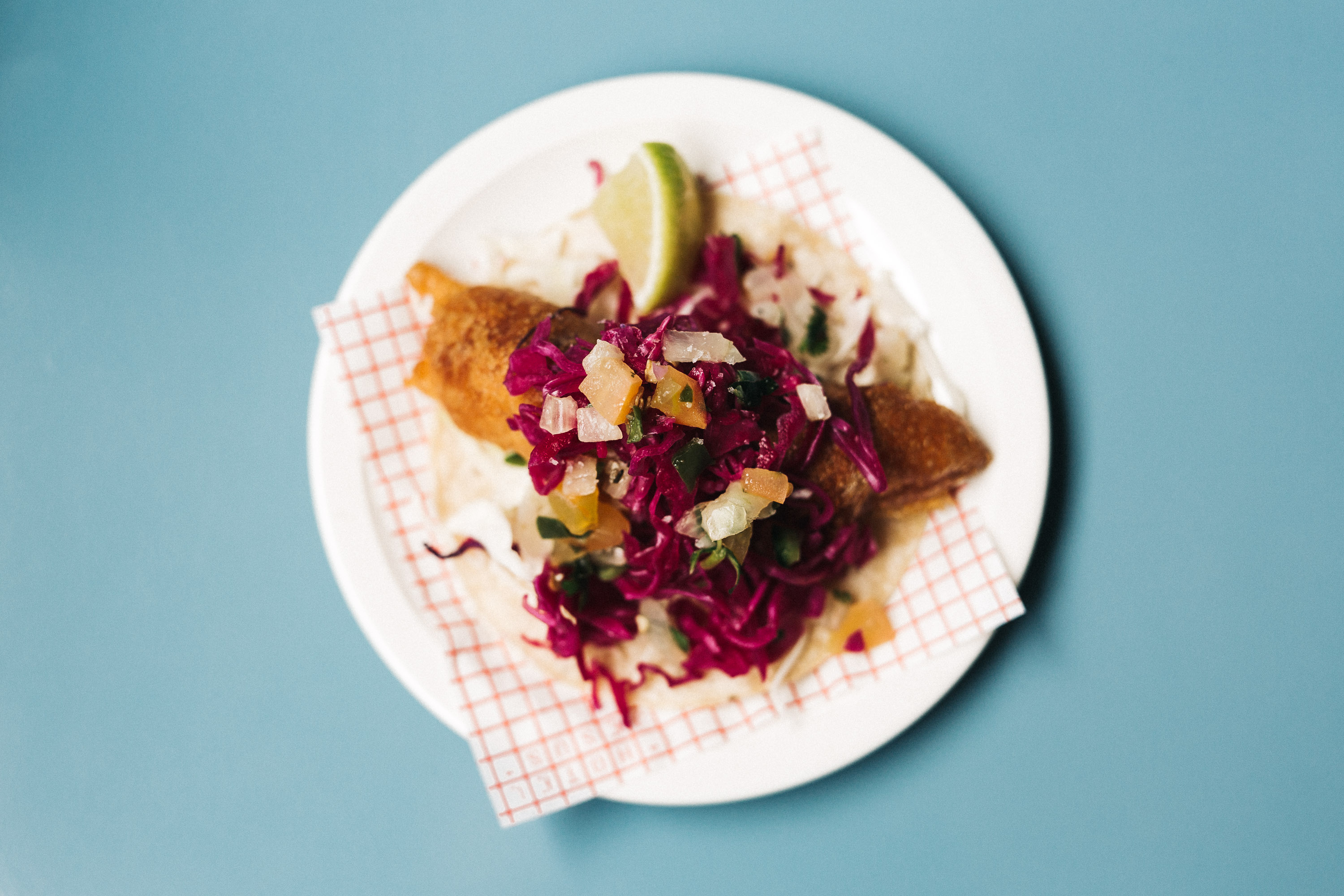 The Vegan taco
Lane and Peters discovered the Jesus version of a vegan taco one drunken night on an annual eating pilgrimage to Mexico. It consists of deep-fried cauliflower and broccoli, finished with a jalapeño topping and black cauliflower puree.

“It was a revelation,” says Lane. “How could something so simple be so delicious?” 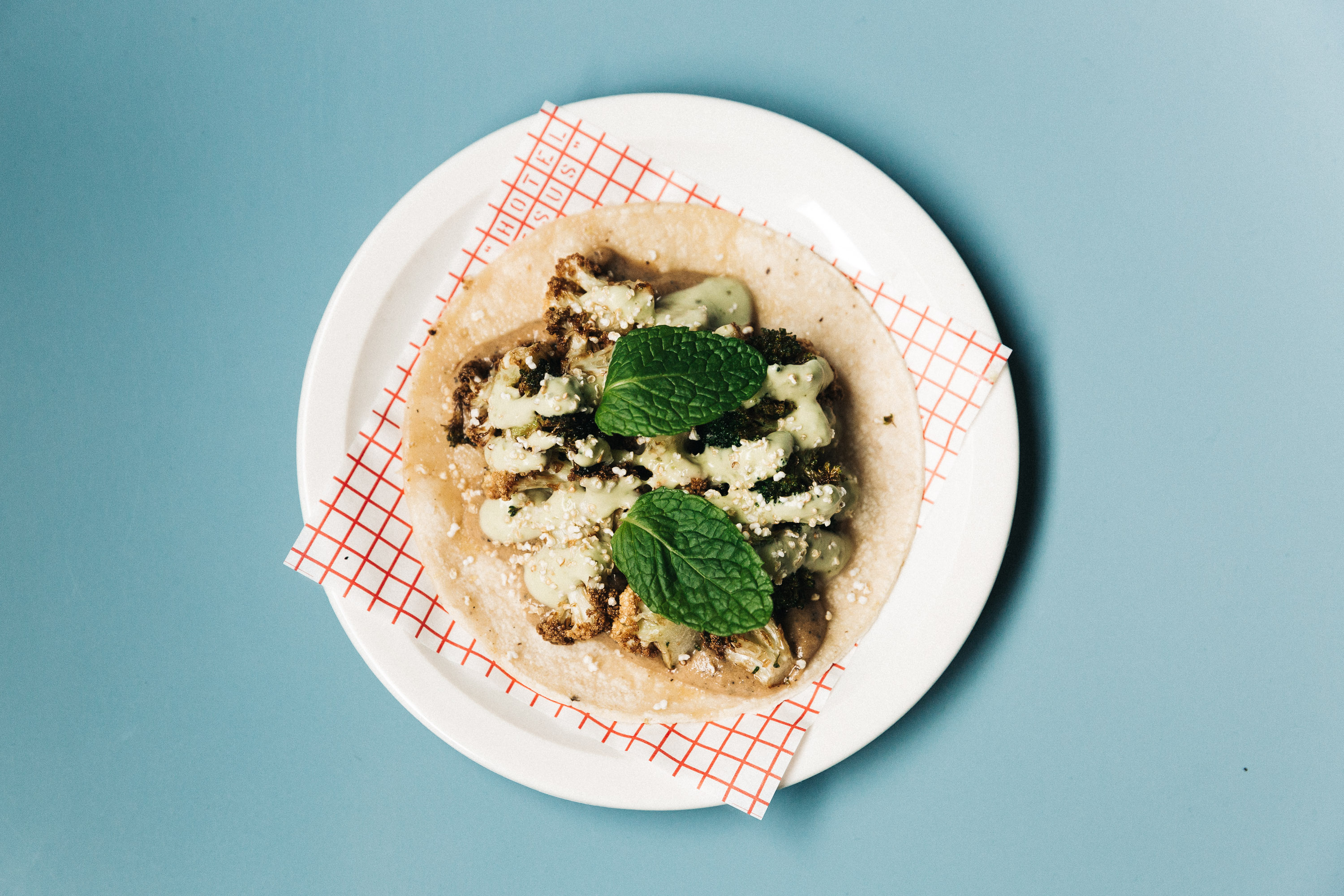 This taco – with pork, guajillo chilli and pineapple – is probably the most common style in Mexico. It’s slightly similar to a kebab, and is thought to have originated among the Lebanese diaspora that settled in Central Mexico. 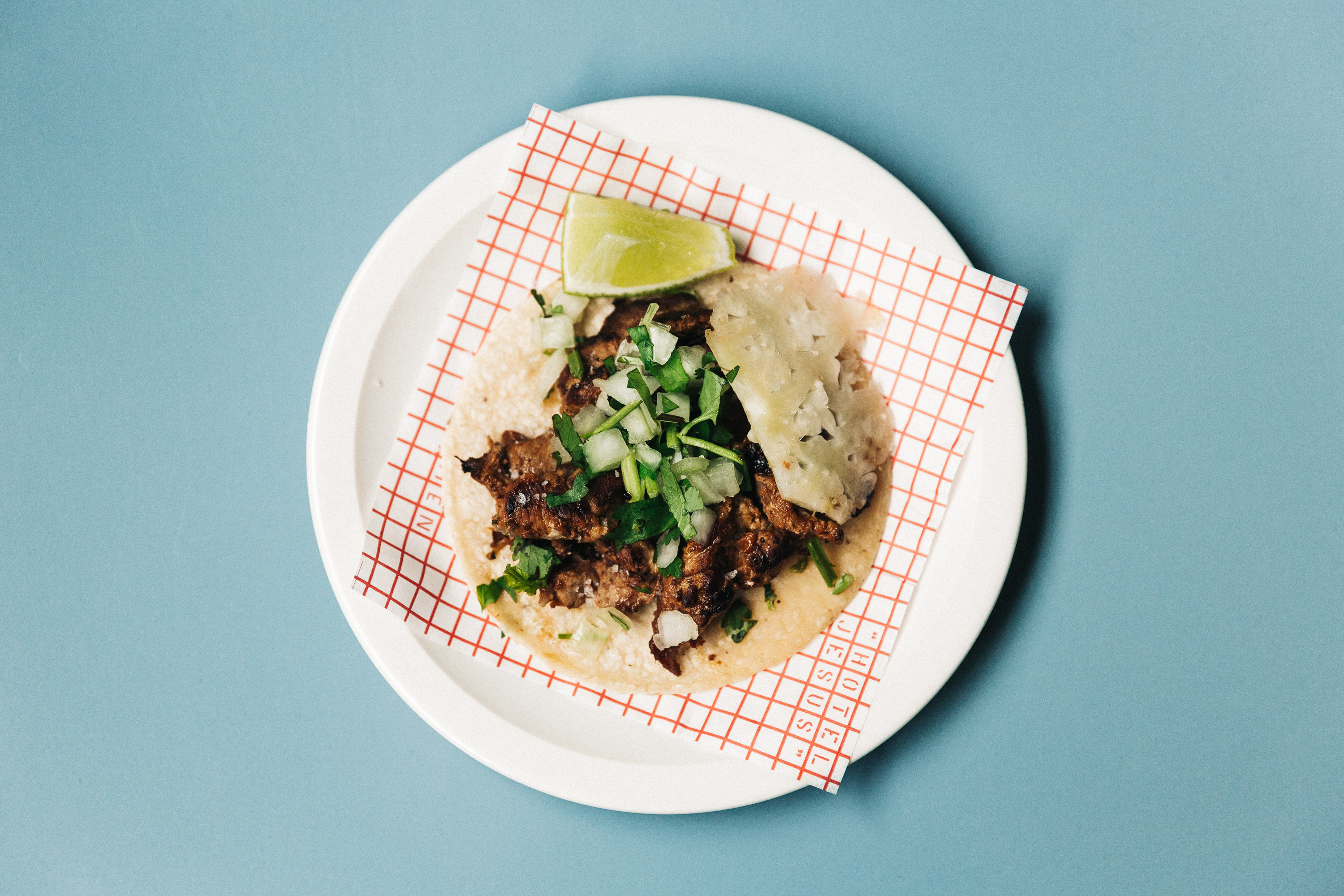 The Green Chorizo taco
Mexican taquerias commonly use comals (a Mexican cooking griddle), which was the inspiration for the Green Chorizo taco – a favourite in Toluca, just outside Mexico City. Because they couldn’t legally import a real comal, Garcia rigged up his own version, which he uses to make confit-style chips. 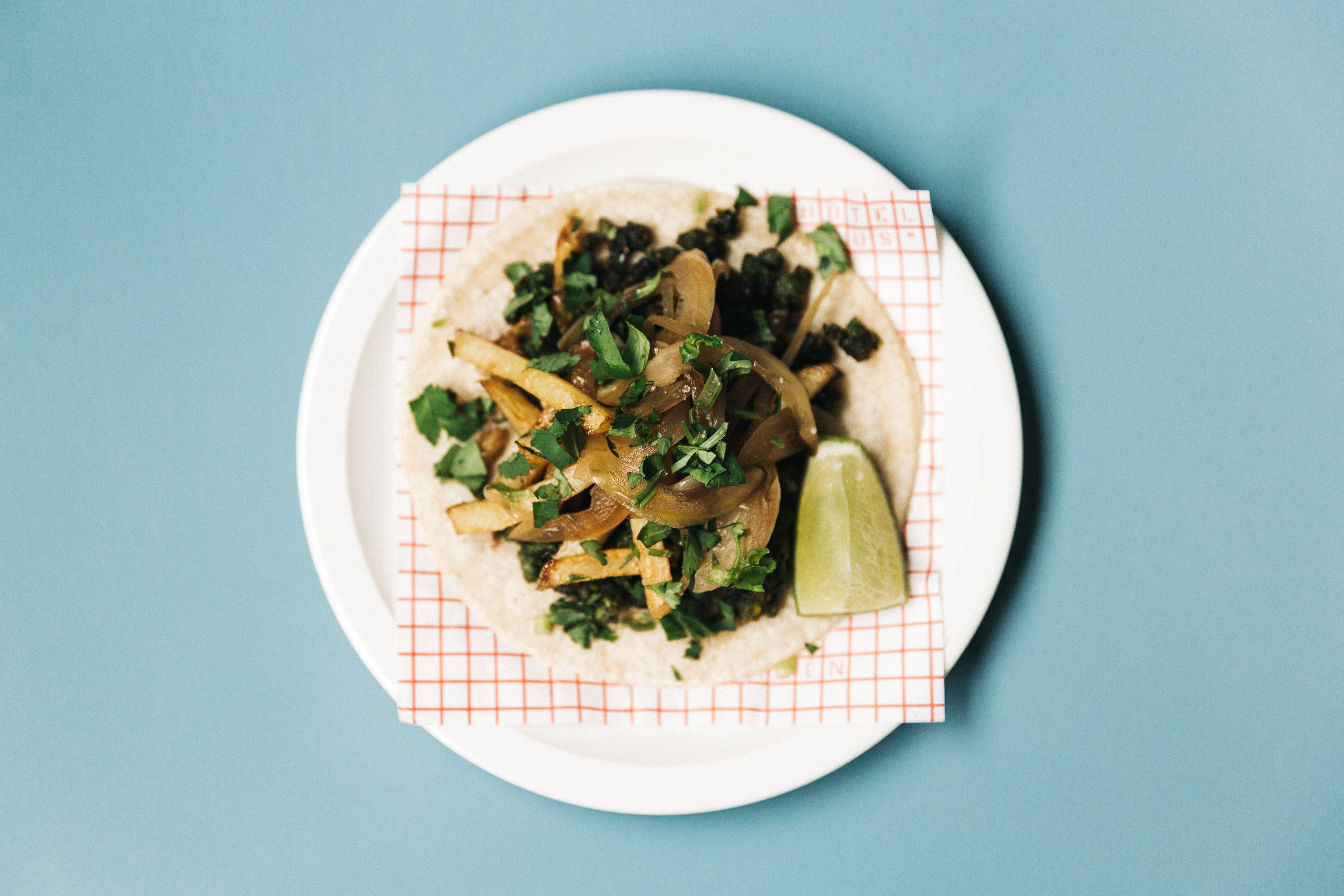 The Suadero taco
The Jesus comal is also used for the beef brisket in its Suadero taco, a simple meat, onion and coriander option that’s found all over central Mexico. Lane discovered this one at the popular hole-in-the-wall Taqueria Los Cocuyos in Mexico City. The top-spice spice salsa, El Diablo, is made from habanero, green chilli and seasonal citrus. Though, as Lane is quick to point out, spice isn’t a typical priority in authentic Mexican cuisine, despite popular belief. “It’s more about flavour,” he says.

To top off each creation, Garcia prepares a variety of salsas, ranging in flavour and spice.

“A taco without salsa is like a meat pie without tomato sauce,” he says. 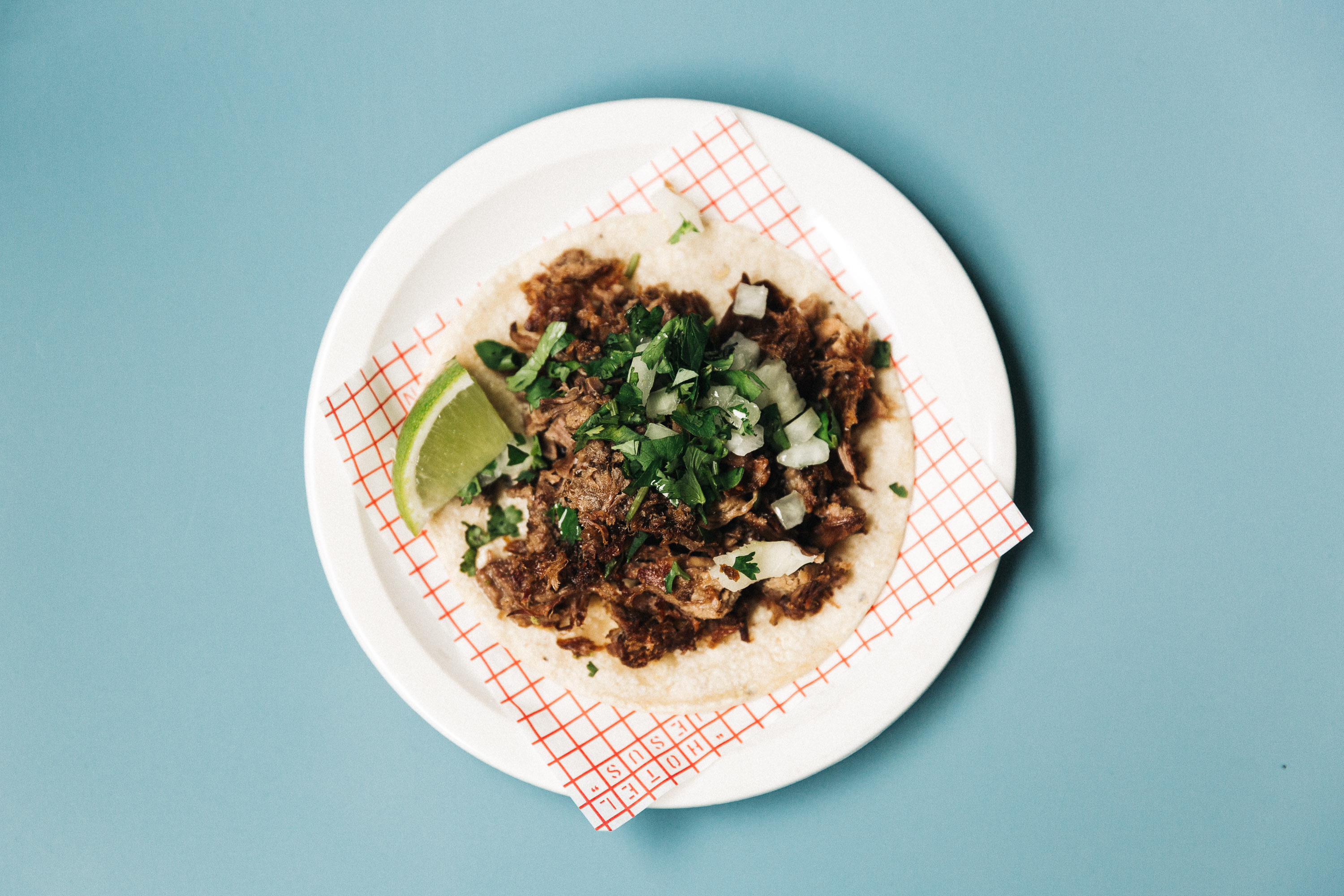 Taco Tuesdaze
Hotel Jesus is also, as of today, beginning Taco Tuesdaze – with $2 tacos every Tuesday from 5pm to 9pm. There will be three tacos offered – all guisado (stewed) tacos – one veg, one chicken and one beef. Its standard menu tacos will stay the normal price. 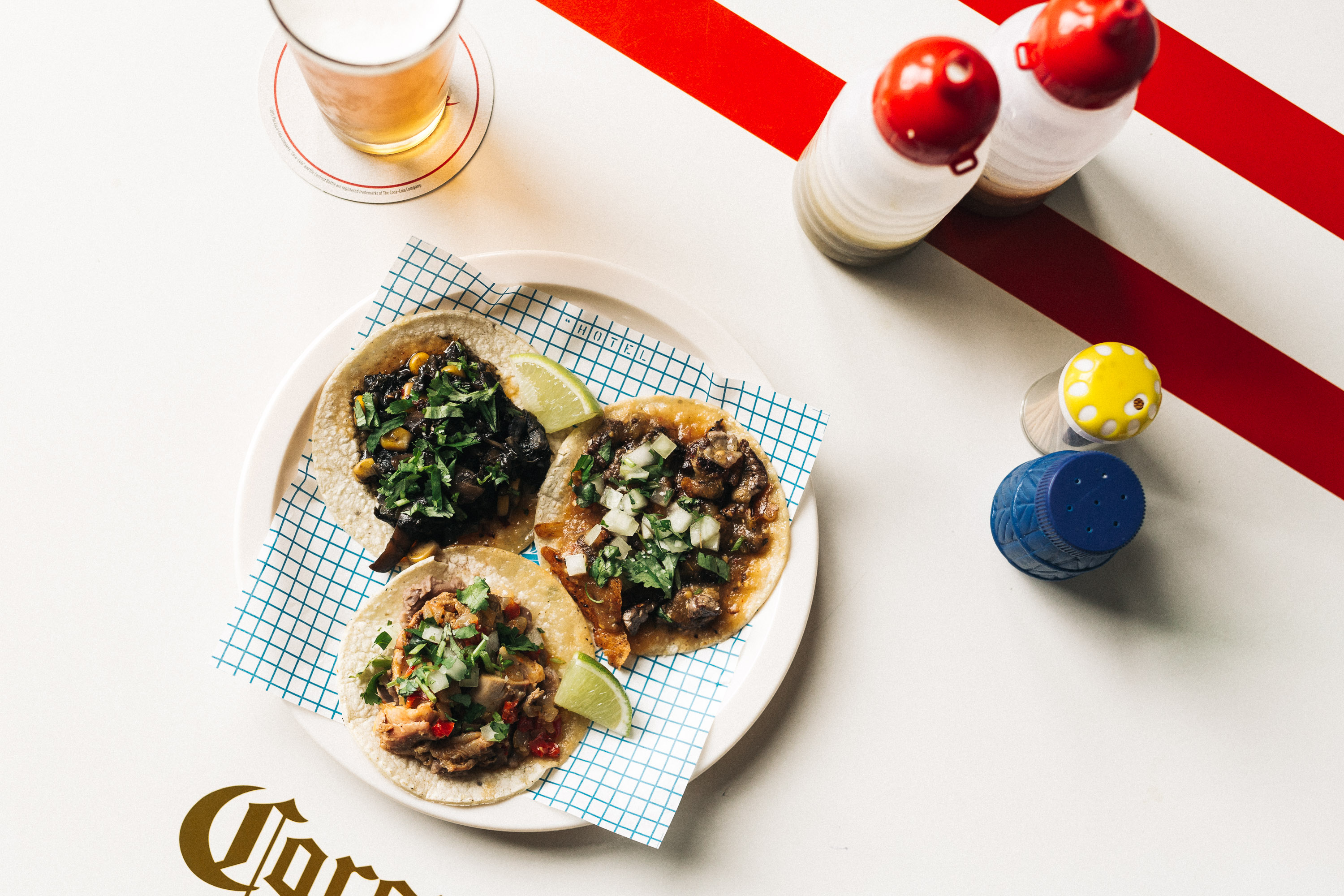