A Very Good Week (of Beer)

Nothing new to report: beer is still pretty good. Its so good, Good Beer Week is back for its fourth year with a massive 200 events around the city. Here are our top picks, depending on what kind of beer-drinker you are. Cheers. When Good Beer Week started three years ago, there were 50 events on the program. This year, 200 will be held between May 17 and 25. The week’s explosive popularity is easy to understand. Most of the events are on at pubs, and a good number are free. At the other end of the scale, degustations and masterclasses cater for punters after a truly exceptional beer experience. With the sheer size of the program, choosing where to go and what to drink can be tough. Here, we help you narrow it down.

I want to try new beers:

The other states may have caught up, but WA was the first to do craft beer properly, way back when “boutique” was still the word of choice. For the whole week, the Royston will turn over their taps to these early adopters. The widely-available Little Creatures is a good start, but this is an opportunity to discover the full breadth of WA’s beer scene.

Victoria may well be leading the nation's craft beer charge nowadays. Even if you live here, there are new breweries and beers popping up all the time, which makes this week-long celebration of local drops a must.

America is arguably the granddaddy of craft beer, even if it didn't invent the concept. Today, there are more than 2000 microbreweries in the States, giving the country an unparalleled range, from Sierra Nevada's traditional Bavarian wheat, all the way to Rogue's chocolate, peanut butter and banana ale. This is the best place to try some.

Every day of GBW, The Taphouse will debut a rare international beer in Australia. The selections are bound to be strong, and likely won’t be available again.

Using ingredients like truffles, watermelon and chilli, Moondog has brewed some of Australia’s most interesting beers to date. At this rocking street party, it will be joined by its US equivalent, Rogue, plus oysters, caviar and barbequed meats. If you have an adventurous palate, there’s no better opportunity to indulge it this GBW.

961 was literally founded in a warzone. Fed up with his country's average beer, Mazen Hajjar took to his kitchen during the 2006 siege of Lebanon and began brewing. Today, 961 makes a superb IPA spiced with za'atar, sumac and mint. Considering the brand is only just getting a foothold in Melbourne, this is a good chance to sample its full range, plus Mr Wolf's celebrated pizzas.

Despite its extensive use in other types of alcohol-making, barrel-ageing doesn’t get so much attention from beer producers. With paddles containing seven different brews, the crew from the Otways will show just how wrong the status quo is.

There’s no larger event on the program. Offering 100 exclusive beers, a food market, brewery stalls, beer seminars and entertainment, SpecTapular is like GBW itself rolled into a few hours.

I want to eat food matched with beers:

In another of the week’s stand-outs, Vue de Monde will be host a dinner pitting Garrett Oliver, world-renowned beer author and food-matching expert, against Martin Spedding, owner of Mornington Peninusula winery Ten Minutes By Tractor. It’s rare that two such experts are united with dishes from Vue de Monde, so don’t miss out.

With one of the best steak menus in Melbourne, The Station is the unsung jewel of the West. You’re in safe hands with the selection of German, Italian and Spanish smallgoods it’s offering for the duration of the week.

The V/Line runs right into Woodend, which is great if you don’t live close by. From the station, it’s a five minute walk to the Holgate brewpub. At this hands-on event, the crew will bus you to Jonai Farms and host a butchery lesson, before putting on a meat and beer-fuelled lunch. If you’ve never been to Holgate, trust us, they know a thing or two about food.

Founded in 1996, Mountain Goat is rightfully the state’s most successful craft brewery. Here, they’ll unveil a host of malt-driven (rather than hop-) beers, matched with a “multi-course feast of meat”. The beers might appear at Mountain Goat’s Richmond bar at a later date, but why take the chance?

When it comes to cheese, beer is a better match than wine, say some industry heads. With the help of 3 Ravens and Mash Brewing, Richmond Hill is determined to prove it. Seeing how most of us have access to little more than supermarket cheese, this is an experience that would be hard to do yourself.

Unfiltered and unpasteurised, cask ale is the most rustic of craft beers. Pair the style with cheese, and you have a traditional experience of sorts. Unless you’re willing to install a beer tap, this one is even harder to do at home.

Forget Asahi, Kirin and Sapporo. With its clever European/ Japanese hybrids, it’s breweries like Hitachino which really fly the flag for Japanese beer. It’s not every day such a prestigious brand comes to Melbourne to discuss its 180-year history, much less accompanied by food like Café Vue’s, so take advantage.

There are dozens of GBW week events matching beer with savouries, but this is one of the few taking on sweets. Given that dessert beers are generally expensive and harder to come by, the tastings offered here are a big drawcard.

I want to learn about beer:

Outside of GBW, you could learn to brew by attending a workshop, discover the history of beer by reading online, and teach yourself about the effect of glassware by buying a whole lot and doing some testing. Or, you could just attend this two hour session and do the whole lot at the same time. We suggest the latter.

Darebin might be this city’s best council for supporting all things home-made, and this free home-brewing workshop is a prime example.

Throughout GBW, it’s unlikely you’ll have a better opportunity to get close to a star brewer than here. Each brewer is seated at a different table: when the bell rings, they all switch seats. In between, the public has a chance to pick their brains.

I want to do something different.

An Italian, an Englishman, a Dane and two Americans walk into a pub. There’s no punchline, just a crowd of people voting for or against their beers, and crowning one of the 14 champion in a round robin knockout.

Finding clues, solving puzzles and competing in street karaoke – this is a pub crawl with a difference. You could organise one yourself, but this will be much more fun; maybe the most GBW has to offer.

At this Red Hill-sponsored snooker tournament, the winner will take home a stack of beer. People who don’t want to play can stand on the sidelines, downing Red Hill brews and munching food from Phat Brats and Shawcross Pizza. Even if you take away the snooker, it sounds like fun. 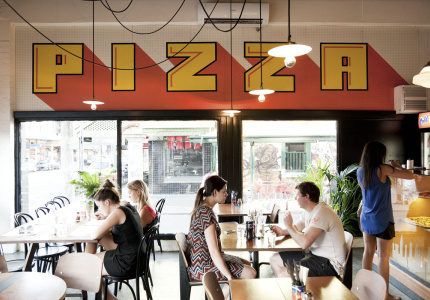