“We wanted to create a little restaurant that the locals can be proud of.” 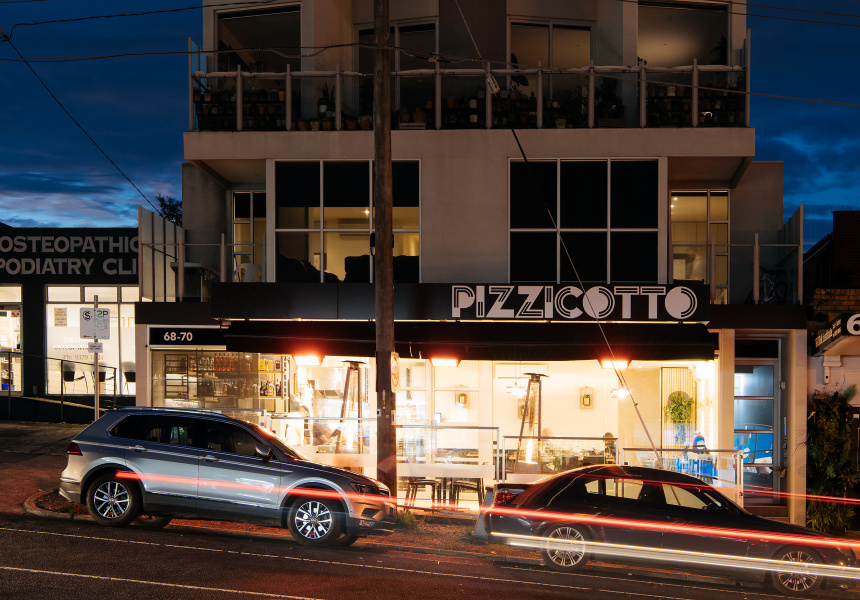 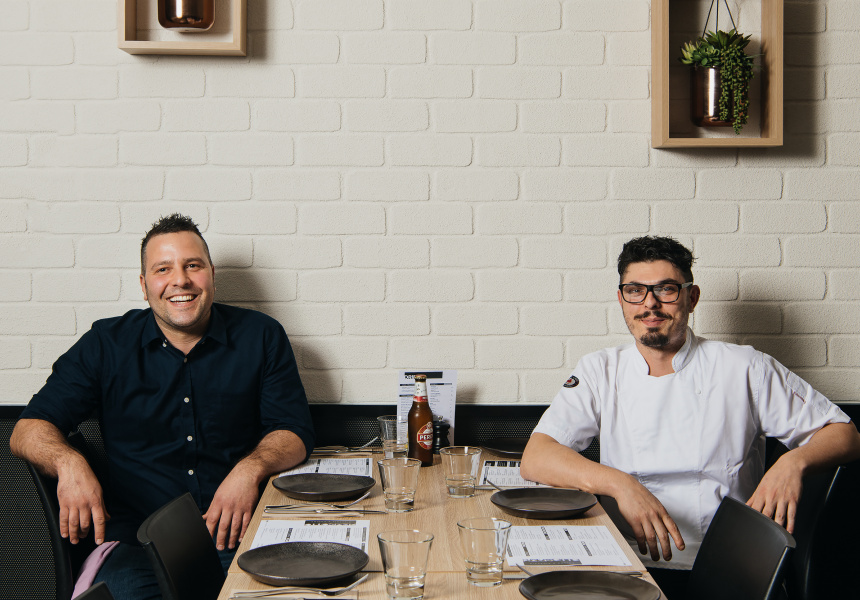 Manuel Masia grew up on the Mediterranean island of Sardinia, Italy, working as a pizza maker for ten years before moving to Australia in 2013.

Masia and Kovacic decided to open Pizzicotto after working together at Kovacic’s Coburg restaurant, Cornerstone Pizzeria, where the former was head chef.

“We spoke a lot about the restaurants [Masia] worked at in Sardinia … the look and feel of those restaurants is something we wanted to replicate here,” Kovacic says. “We liked the idea of creating something small, cosy and intimate.”

The pair found a venue in the old Modo Mio space on Woodland Street and, together with Anthony Guardabascio of design studio Continue, gutted the existing 30-seater pizza restaurant to craft a new interior.

“The shop is small [so] we wanted to keep it light,” says Kovacic. “We wanted to create a little restaurant that the locals can be proud of … to call it one of their own.”

The simple fit-out comprises white brick walls, blonde-wood timber panelling, polished concrete floors and the occasional pop of greenery. A small display of firewood stacked under the bar is a nod to the imported Italian woodfired pizza oven that dominates the open kitchen.

“We brought [the pizza oven] to the front so the pizza makers are front and centre,” Kovacic says. “The traditional way of cooking in a woodfired oven, you’re constantly having to turn the pizza so it doesn’t burn on one side. Because the stone plate actually rotates, you just slide the pizza in and it rotates itself.”

The pizzas have a thin, light base, crisp edges and classic toppings such as quattro formaggi, ortolana and funghi. Gluten-free bases are available too, as is vegan cheese, salami and ham. Pastas include homemade potato gnocchi with slow-cooked beef-cheek ragu, and rigatoni with ricotta salata and Napoli sauce. For kids, there are mini pizzas and schnitzels.

Desserts lean toward the traditional, too. There’s ricotta cannoli, a traditional tiramisu, and vanilla panna cotta with berries and pistachio. Close out the night with a digestif, such as an Amaro Montenegro, limoncello or grappa.

This article first appeared on Broadsheet on July 6, 2018. Menu items may have changed since publication.