But you can secure your scroll(s) via pre-order right now. 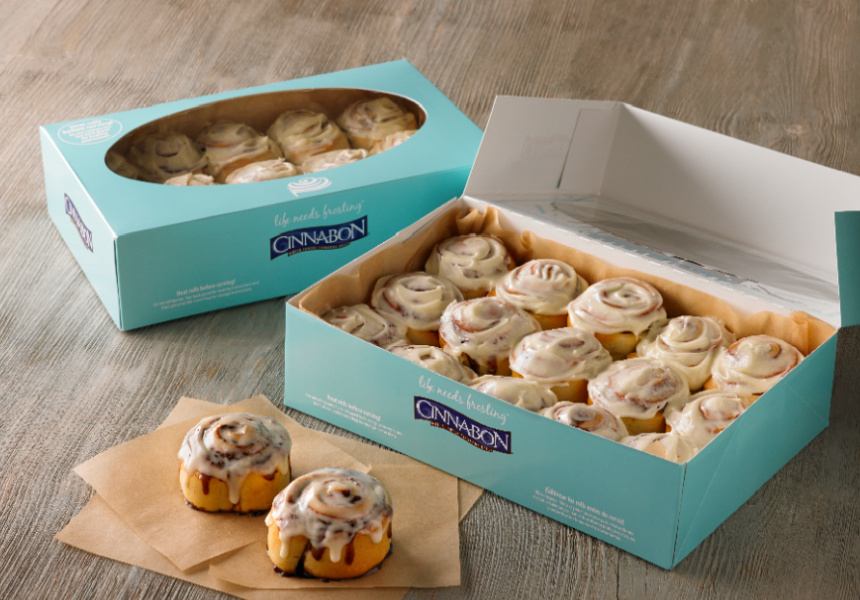 Chances are you already know Cinnabon. The iconic American bakery chain was founded in Seattle in 1985, and now has thousands of locations across more than 50 countries.

Since opening in Queensland in late 2019, it’s added two more stores in the Sunshine State. But the gooey cinnamon scrolls are finally landing in Melbourne next week – on Wednesday March 3 – at Westfield Southland.

The super-sticky scrolls are baked fresh daily, then covered with Makara cinnamon and slathered with Cinnabon’s signature icing (or as the Yanks call it, “frosting”). As well as the classic cinnamon, there are chocolatey and caramel-pecan variations.

Luckily, you can secure your scroll(s) ahead of the launch. Pre-order is now open for fourpacks of regular-sized scrolls and ninepacks of mini scrolls, as well as tubs of pecans and extra frosting.