There’s a hard-to-find ramen with a cult following in Japan; a fiery, Szechuan-inspired take on dan dan noodles; and a garlickly tonkotsu made with roasted chicken fat. Plus three super-slurpable vegan options. And all with handmade noodles. 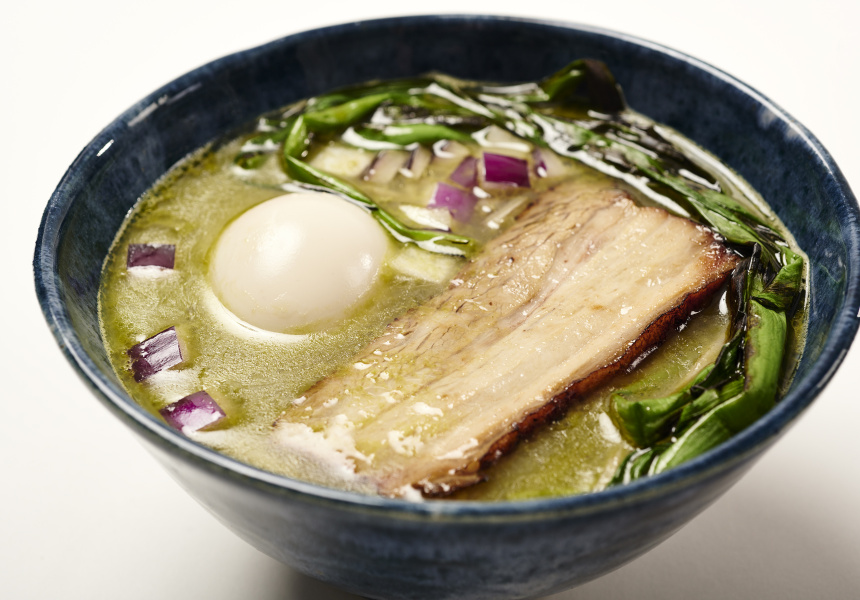 Melbourne chefs Ben Reardon and Ryan Maher taught themselves how to make ramen on several trips to Japan, refining their recipes over years. Now, their hobby has turned into a full-time gig.

Gomi Boys Ramen was born out of Covid-19. Both out of work, Reardon and Maher started making heat-and-eat ramen kits and delivering them across Melbourne.

“The word gomi is a slang Japanese word for rubbish. It’s a pretty juvenile word, not commonly used, but everyone over there knows what it means,” Reardon says. “So our name is a bit of a joke on ourselves. We don’t take ourselves very seriously, but we are deeply passionate about our cooking.”

The signature is inspired by a dish the pair tried in Golden Gai, an area in Shinjuku full of tiny bars. It uses a pork and chicken broth seasoned with niboshi (dried sardines, similar to anchovies), which makes for a strong, salty flavour that some Melburnians may not be familiar with. While Reardon says it has “a bit of a cult following in Japan”, it’s not as easy to find here. It comes topped with charred spring onion, a mirin-marinated egg and chashu (braised pork belly).

For the fish-averse, there’s a smoky chicken, bacon and tomato shio ramen, which derives its flavour from salt and blistered cherry tomatoes more than soy, and comes with a little smoked olive oil and some roasted, soy-marinated chicken breast.

The miso-tonkotsu (pork bone) ramen has “a really strong garlic and roasted chicken fat flavour” – you can see a slick of hot chicken fat on the surface – with chashu, caramelised onions, and bok choy on top.

And Reardon says the fiery tantanmen is a take on dandanmian, a Szechuan dish also known as dan dan noodles. Chicken broth is seasoned with gochujang (chilli paste), tahini and chilli oil, then Szechuan-spiced pork mince, bok choy and a mirin egg are all piled on top.

Each kit includes broth, noodles, toppings, tare (seasoning) and flavoured oil. So, your job is dead easy: warm the broth in a pot, then cook the noodles in a separate pot and add them to the broth. Everything else you can just warm up in the oven.

“We never considered doing it ready-made,” says Reardon of the deconstructed approach. “Ramen’s something that needs to be cooked fresh and eaten straight away – it doesn’t travel well.”

Reardon and Maher (who most recently worked at Yarraville eatery Mantra Studio and rooftop bar Land of Plenty in St Kilda, respectively) make their alkaline noodles there by hand. “We use sodium carbonate to get the correct pH level in the dough to keep the noodles firm in the broth,” Reardon says. 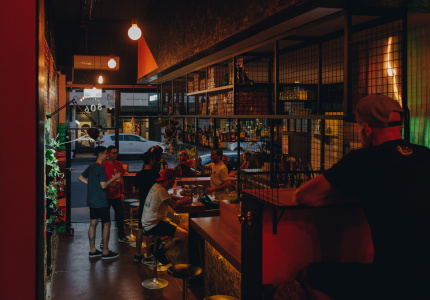