The name may be foreign, but the approach is local. 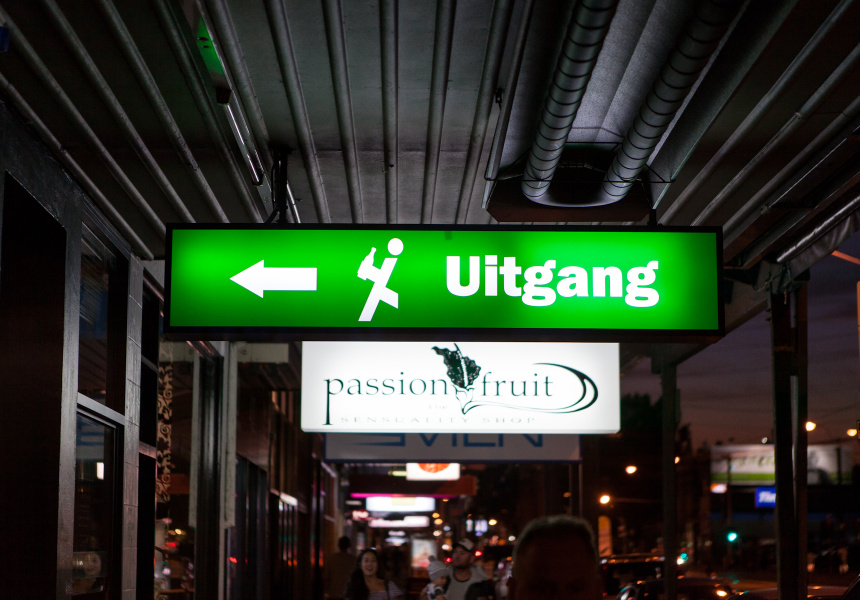 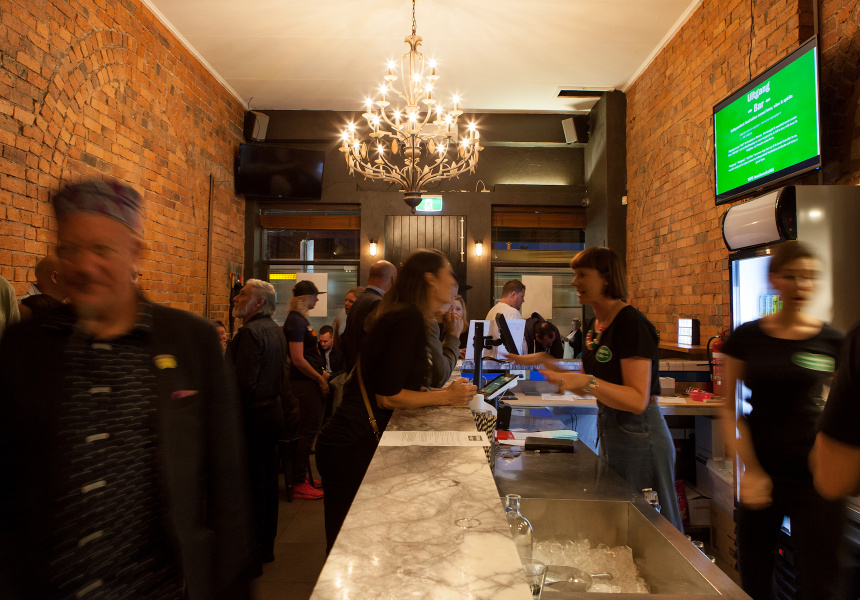 Before trying to say the name of Exit Brewery’s new bar, Uitgang, co-owner Fraser Rettie suggests making sure there are no Dutch or Flemish people around, then just say, “out-gang”. It may not be 100 per cent right, but he says it’ll do.

The bar has 10 taps pouring four Exit Beers, and one from Kaiju, who they share a brewery with in Dandenong. They also have a cider tap, and one pouring single origin North St Carbonated Coffee. Rettie says they want to keep the taps as Australian as possible.

Uitgang is “a way to showcase beers to people that they wouldn’t necessarily otherwise be able to get around Melbourne,” Rettie says. He also wanted the bar to be a welcoming, warm spot for local residents, rather than just beer geeks.

“There’s no snobbery about this,” he says. “That’s the culture we’ve tried to bring out.”

The focus on Australian-made also carries through to the small list of bottled beer, wines, and spirits from Bakery Hill, Archie Rose and Melbourne Gin Company.

You can order food over the bar from neighbouring businesses such as St Domenico Pizza Bar and Mister Minh, and it’ll be delivered right to your table.

Rettie and Exit co-founder Craig Knight teamed up with another partner, David Pike, to open the bar. Both Rettie and Pike are Bridge Road locals, and they kept bumping into each other at nearby bar Slowbeer and Maker Coffee. Pike’s wife, Alana, is also a brewer at Mountain Goat just a few blocks away.

When Rettie mentioned opening a bar Pike jumped at the chance, having admired the craft beer industry from the sidelines for a while.

“I’ve worked in a number of different industries and this is one of the most collegial environments,” says Pike. “I’ve helped Exit out at a number of beer events, pouring beers or spruiking.”

When the space came up, the trio was immediately taken with its location – close to Slowbeer, Maker Coffee and Mountain Goat Brewery – and its spacious beer garden.

“There have been a lot of people who have been good to us in the beer industry. We know how hard it is as a small brand to get out there,” Rettie says. Many of the staff have supported Exit since its start, helping the team at beer festivals and events. “If you can do something that your friends actively want to be involved with, then it’s a great thing.” 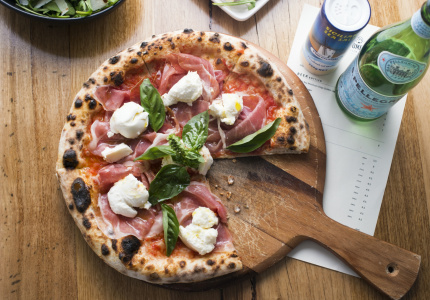 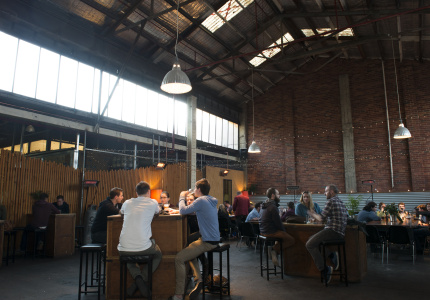