Visit for a porchetta roll with sticky-sweet crackling that we can’t stop thinking about; a breakfast sanga slathered with bacon jam; and takeaway Cannoleria cannoli piped with ricotta (plus a bunch of other traditional and less-traditional flavour combos). 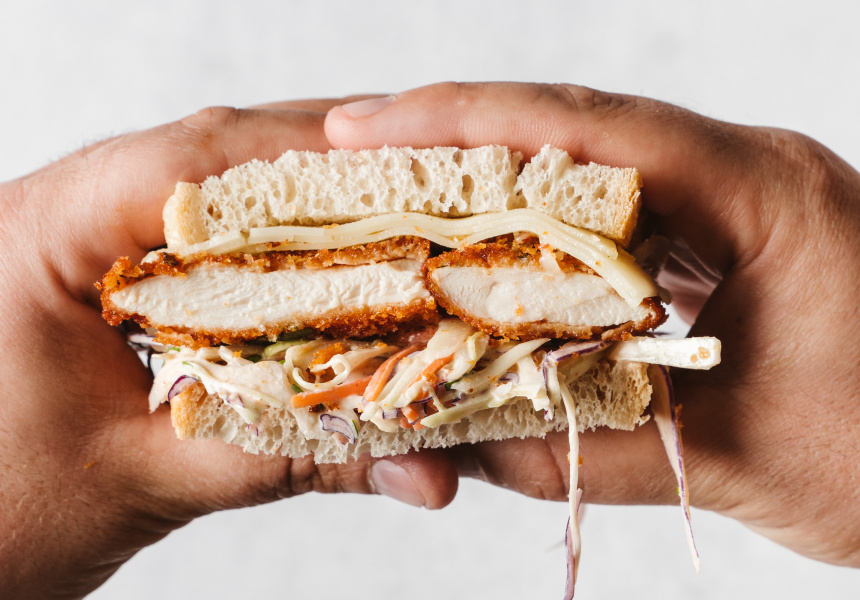 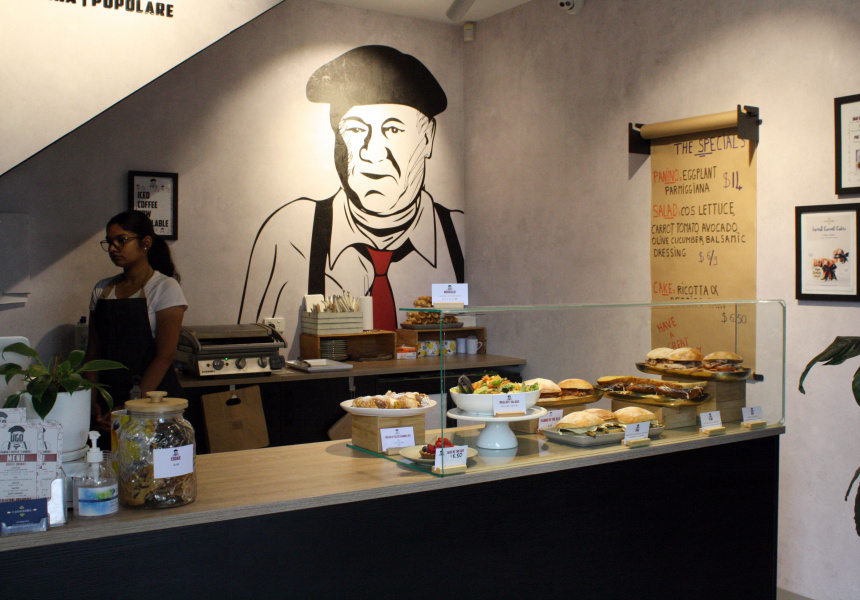 When Cannoleria moved out of That’s Amore Cheese’s Thomastown headquarters into its own independent factory in July last year, co-owner Dario Di Clerico saw an opportunity to open a takeaway cafe on the new premises.

“We thought we needed another brand where we [could] showcase a savoury offering,” he tells Broadsheet. Located in an industrial pocket of Heidelberg West, Ugo Cucina Popolare is focused on Italian-style panini, Cannoleria’s signature cannoli and coffee by Symmetry Coffee Roasters.

The tiny cafe is little more than a display cabinet and coffee machine, but if you’re keen to linger there are picnic tables outside. The menu covers breakfast and lunch, with cornetti (Italian croissants) filled with ricotta, Nutella or jam; a savoury option with ham off the bone and caciocavallo (smoky, aged mozzarella); and a breakfast sanga with frittata, bacon jam and tomato.

But if Di Clerico is around when you visit, he’ll insist you try the porchetta roll. It’s made with Noisette ciabatta, salsa verde and giardiniera (Italian pickled vegetables). Di Clerico grew up in Italy’s Abruzzo region, where porchetta is a common street food – generally slow-roasted with rosemary, garlic and pepper. He also cut his teeth working with the region’s porchetta king, so you can count on it being traditional. The trick to nailing it, he says, is in the pick of the meat – always female, never male. The verdict: his porchetta is tender with a sticky-sweet crackling that gets stuck in your teeth (in a good way).

Other panini include the Filini with chicken schnitzel, caciocavallo, coleslaw and mayo on soft sliced bread, and the Pina, a baguette with frittata, zucchini, scamorza and chives – alongside rotating weekly specials. Ugo also has a selection of seasonal salads and cakes – you might find a flourless orange cake or a gluten-free crostata (tart) with homemade jam.

Cannoli can be bought individually or in boxes of three, five or 12. Traditional flavours include ricotta; pistachio and chocolate; lemon; and chocolate. For the more adventurous there’s peanut butter and jam; berry and white chocolate; and Bacio with hazelnut and crushed Baci chocolate.

The cafe’s name comes from one of Di Clerico’s favourite fictional Italian characters, Ugo Fantozzi, a hapless office worker who was portrayed in a series of satirical films from the ’70s to the ’90s.

This article first appeared on Broadsheet on January 19, 2021. Menu items may have changed since publication. 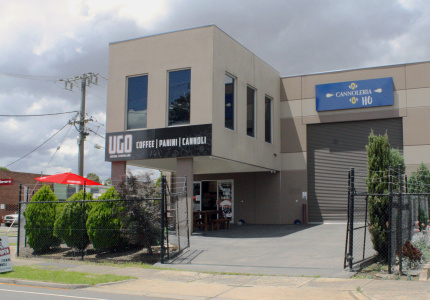