The Stephanie Alexander Kitchen Foundation helps Aussie kids form positive relationships with food. And you can help, simply by dining out. 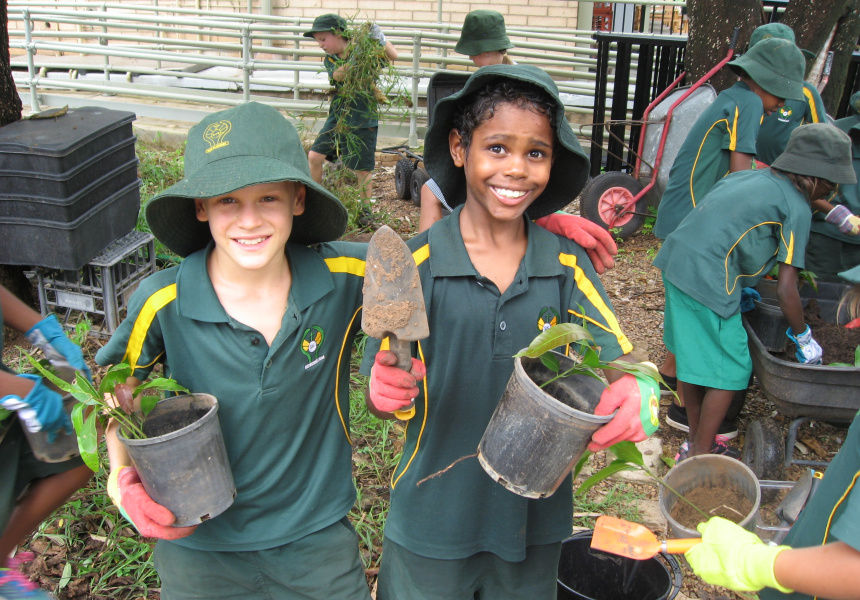 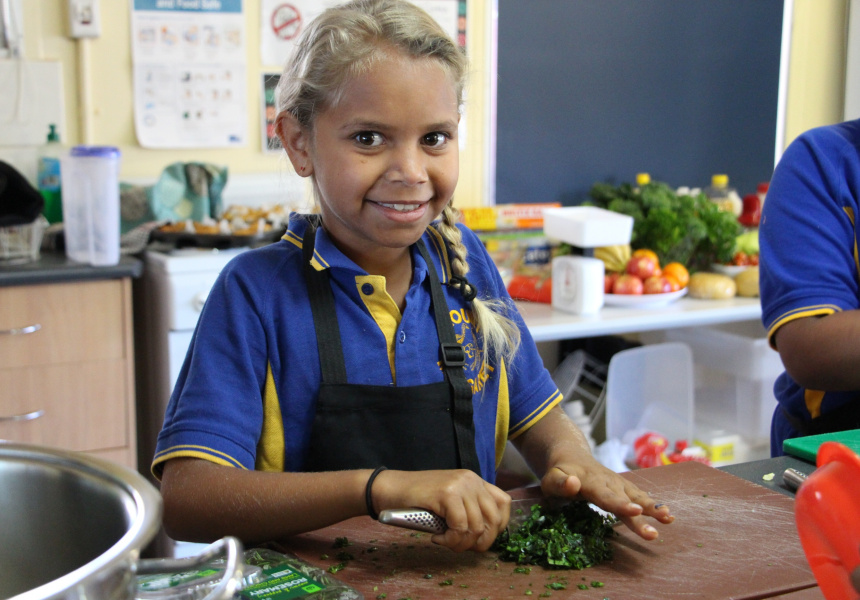 To help Australian kids grow into adults with healthy eating habits and an appreciation for fresh produce, the renowned chef, author and restaurateur Stephanie Alexander is launching Turning the Tables – a fundraising drive for her Kitchen Garden foundation, founded in 2004 – for a second year.

“What we want is for kids to understand the amazing world of food, to open their minds to new experiences, new flavours, and to get a sense of how they can look after their own food future,” Stephanie Alexander tells Broadsheet.

Throughout April, the chef is asking diners across Australia to support the foundation by donating at local restaurants or by bidding for dining vouchers in an online auction.

The foundation provides educators and schools with resources to establish kitchen gardens in which kids experience the joy of growing and preparing their own food, learning everything from soil management to waste reduction.

“If they’ve got a problem, a challenge, if they want to know how to introduce irrigation, they want to know what’s a great way to use too much zucchini, there are all sorts of ways in which we are available,” says Alexander of the services the foundation provides. “You’re setting them on a fantastic path for the rest of their lives.”

The foundation is currently piloting a secondary school program that may inspire future professional chefs, but the aim is not necessarily to spark careers in hospitality. Alexander simply wants kids to expand their horizons.

In its inaugural year, Turning the Tables raised $60,000. This year Alexander has set an ambitious new target of $100,000. The money will be used to expand the foundation’s work at schools across Australia by providing more learning material, information and inspiration. Broadsheet last spoke to Alexander after she won the Victorian of the Year Award in 2010, and since then the foundation has gone from supporting 139 schools to over 1900.

Customers can donate by adding a sum of money to their bill (or by dropping change in a donation box) at participating restaurants. There’ll also be an online auction where donors can bid on gift cards to use at Australia’s best restaurants, including Brae in regional Victoria, Estelle in Melbourne and Tetsuya’s in Sydney.

Turning the Tables will run until April 30; the online auction will take place from April 18 to 28. To donate, bid and see the full list of participating restaurants, head to kitchengardenfoundation.org.au.