Turning the Key at Filter

The culmination of The Keys is here at last: Andrew Kelly’s new CBD cafe, Filter, is open. 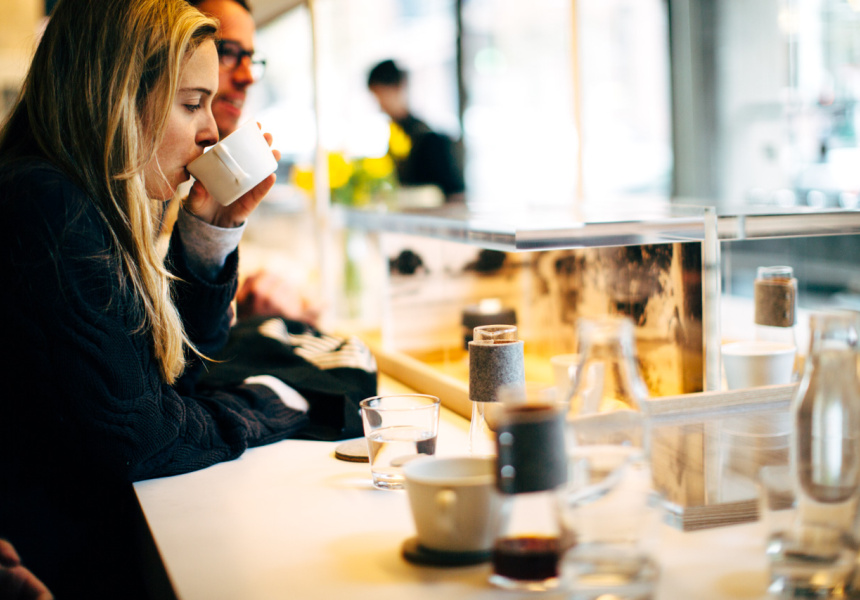 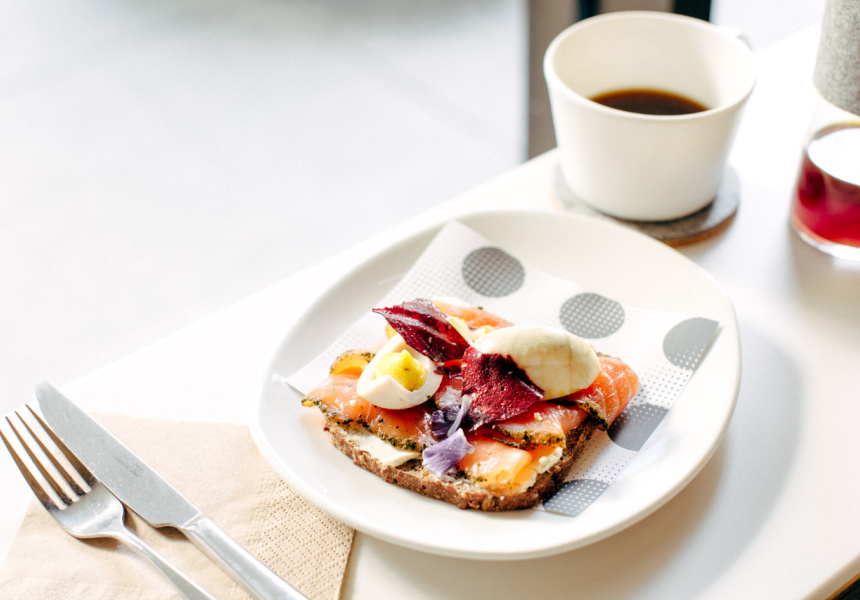 In August last year, Broadsheet announced The Keys – a competition giving one of Melbourne's established cafe owners the chance to pursue a new venture with help from us and Bank of Melbourne. To ensure the winner, Andrew Kelly’s, vision was fully realised, we enlisted the help of a few friends to mentor him through the process; namely Kate Bartholomew of Coda and Tonka, Nathan Toleman of Top Paddock and Two Birds One Stone, Chris Lucas (Chin Chin, Kong and Baby) and Bank of Melbourne’s Vanessa Hastie.

We filmed the journey as Kelly (of Auction Rooms) worked towards opening his Collins Street venue, Filter. This week, after six months, it finally came to fruition.

As the name lets on, Filter is mad for coffee strained through paper, (although it serves espresso too). Not only can pour-over equal other coffee, Kelly believes it can even best it when paired with food. Espresso tends to overwhelm other flavours, he says, whereas filter is, "A much cleaner experience; a bit more nuanced and transparent. Less intense."

This is of particular importance at a cafe where the other focus is smørrebrød (“smerr-e-brud”), an open sandwich popular in Sweden and Denmark. These usually consist of a heavy slice of rye with equally heavy toppings: deli meats, pickled herring, cheese, local versions of pâté. Despite this, Kelly says, pickles and other zesty condiments give smørrebrøds an uplifting finish. "It gives me the same kind of feeling I get after eating Japanese," he says. "You're sated, but you're not overfull, or feeling greasy and stuffed."

Kelly first came across smørrebrød at Little Bourke Street's Denmark House, and later fell for them at a Melbourne Food & Wine Festival dinner. Looking further into Scandinavian cuisine, he made the same connection the people there have made: the malty character of rye bread is a perfect match for the gentle roastiness of filter coffee, something he already loved. "In Scandinavian countries filter coffee is heavily consumed. It's the default coffee option," he says. "Espresso is the emerging option."

Playing on these items' inherent novelty – for Melburnians, anyway – Filter is split down the middle by two mammoth bars, around which patrons sit and observe the gentle pouring of filter coffees and the assembly of ten made-to-order smørrebrøds, including duck, beef, vegan, and three breakfast options on brioche, rather than rye. “The space itself is almost some kind of coffee cocktail party,” Kelly says. “People can mill around in between the two bars.”

In this sense, Filter is a concept store of sorts, with which Kelly hopes to promote the alternate brew. “We want to move people away from thinking it's something that can only be appreciated by wine bar coffee snobs," he says.

During Filter's first month of trade, Bank of Melbourne customers who show their bank card between 7 and 11am will receive a free filter coffee.

Visit bankofmelbourne.com.au/broadsheetthekeys to learn more about Filter and Kelly's story.