Truffle Pasta and Led Zeppelin: OUT Opens in Tokyo 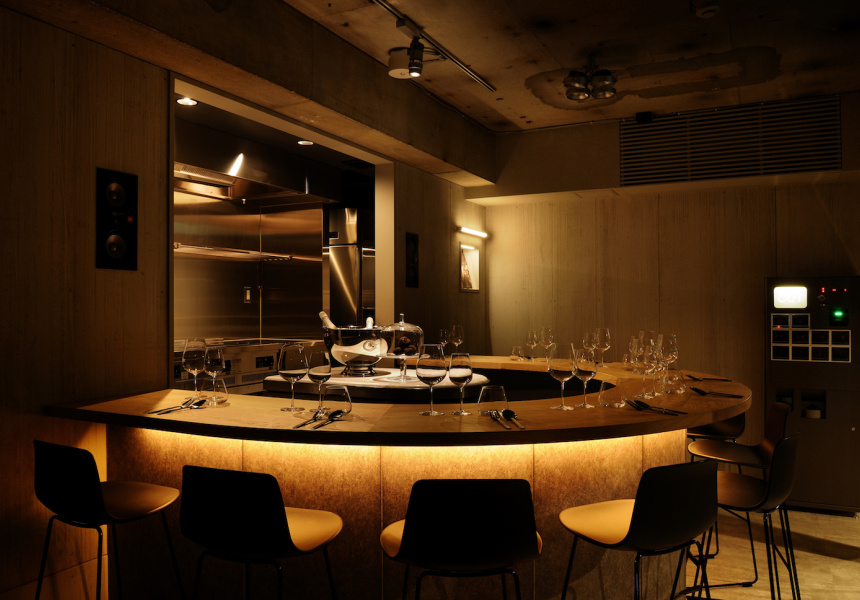 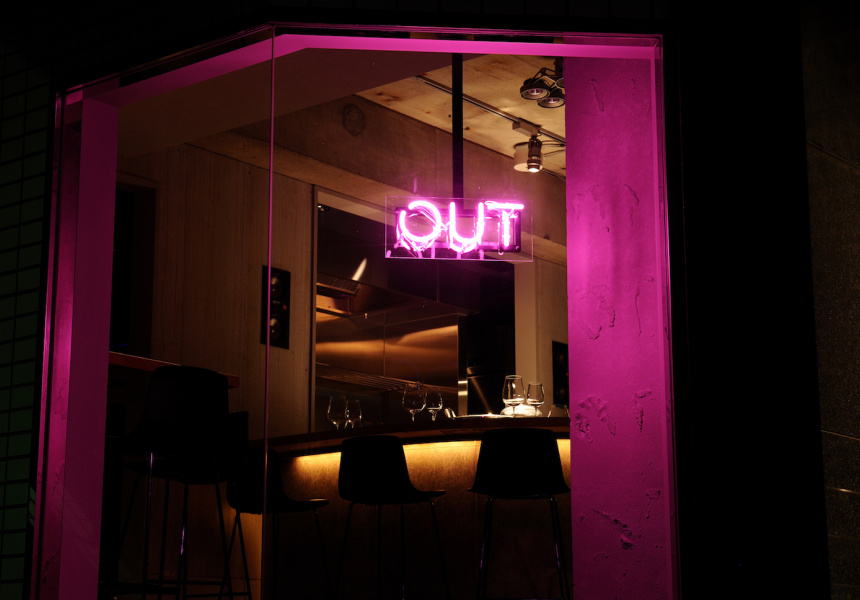 For most of us, crazy ideas remain just that. Not for David Mackintosh and Tom Crago, whose outlandish idea – opening a truffle pasta, red wine and Led Zeppelin-only-playing bar – was realised when OUT opened in Tokyo in June.

The story goes like this: Mackintosh – who has a stake in Lee Ho Fook, IDES, Rosa’s Canteen, SPQR and soon-to-open Mayfair – and Crago – CEO of video-game development company Tantalus and co-owner of SPQR with Mackintosh – were hosting a dinner party at Crago’s home in Healesville four years ago.

“There were some great bottles of red wine on the table, and I’d cooked a very simple Italian dish of fresh pasta, butter and parmesan, and I’d shaved a really obscene amount of black truffle on top,” says Mackintosh. “All of a sudden Tom sort of got up and took whatever record was playing off and put Led Zeppelin IV on, and this really fun energy just settled over everyone at the table. Everyone was looking at each other going, ‘Man, this is cool’.”

It prompted Mackintosh and Crago to seriously consider whether a restaurant that only sold fresh pasta with truffles, red wine – and which played only Led Zeppelin – would work. They decided it would … but only in Tokyo.

“Tokyo, for me, is defined by small experiences,” says Mackintosh. “Little wine or whisky bars, ramen counters, they’re all small, most of them seat like 10 people. So doing something very focused and narrow felt right in Tokyo.”

OUT, named for Led Zeppelin’s final studio album, In Through The Out Door, is on the border of Shibuya and Aoyama, and is managed by a third partner, Crago’s sister, Sarah (who recently worked with Michelin-starred chef Skye Gyngell in London). It has an oval counter with 10 seats, and another small table with three stools. Like many other small Japanese eateries, ordering is done via a ticketing machine. The set menu – 150 grams of fresh pasta, five grams of fresh truffle, and a glass of red wine – will set you back 4000 yen (about $40). Pol Roger champagne is also available by the glass or bottle.

“Tokyo is just about the only city that would embrace such a refined, specialised, but quirky kind of proposition,” says Mackintosh. 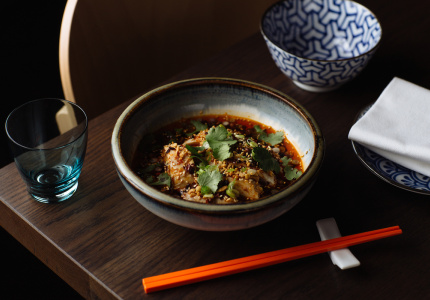