The sleepy seaside town that became one of the world’s premier surf destinations (and centre for much of its industry), Torquay is changing up its laidback style to accommodate the culinary tastes of increasingly sophisticated locals and visitors. 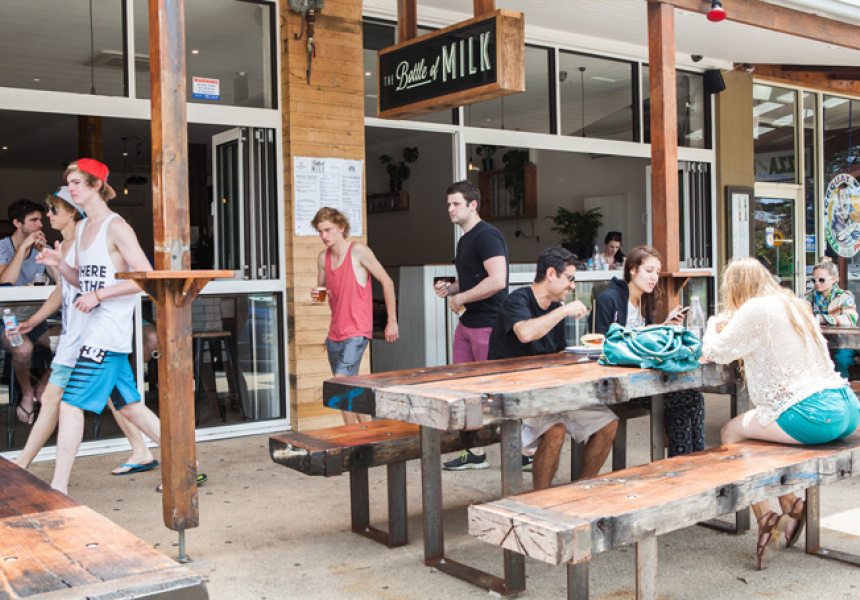 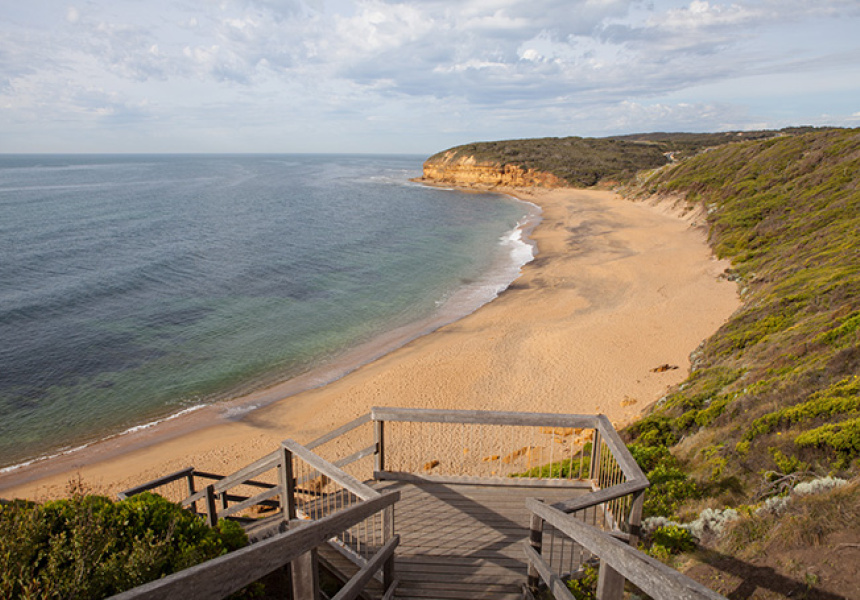 Nick Cogger grew up in Torquay, and although he loves surfing, he doesn’t need to be reminded of it over his morning coffee. “A lot of my friends are full-time surfers and even they like to have an escape,” says Cogger, who along with partners Brett Graham and Robert Lowther, opened The Bottle of Milk in late September.

A reimagining of the existing Bottle of Milk in Lorne, the Torquay venue serves Seven Seeds coffee and a selection of “really good burgers”, including more than a couple of vegie options. With minimal signage and relying on word-of-mouth to publicise the venue, The Bottle of Milk definitely takes a leaf out of its city brethren’s book. “We’ve gone for a ‘50s American diner feel, but kept the coastal influence with upcycled timber to contrast the white tiles and walls”, says Cogger. “Back in the day, there was no hospitality that would be profitable through winter. We’re trying to add to the culture of the town and we stay open all year round.”

After working as an architect in Sydney for 15 years, Joel Farnan made the move to Torquay a couple of years ago to join the family business set up by his parents John and Jan. “The decision to set up here was lifestyle driven,” says Farnan. “Dad’s always been a surfer, and it’s good to be on the fringe and out of Melbourne, so we can do our own thing.” Working from a 35-year-old starter culture, Zeally Bay Sourdough delivers nothing less than certified organic, handcrafted sourdough loaves to the best shops and cafes of the area (and beyond – look for them in a few shops around Melbourne). “We stuck our neck out from the outset by going certified organic,” says Farnan. “We concentrate on the quality and we do what we believe in.”

Tucked in between the Rip Curl, Oakley and Billabong stores on the Surf Coast Highway, Sticks and Stones is a little slice of Melbourne in amongst the swell of surf giants. Opened in July 2012 by accredited national barista judge Nick Michaelides and Axil coffee roaster’s David Makin, the cafe has received a great response from the locals. “There were no specialty cafes in the area when I moved here,” says Michaelides. “I saw an opportunity and went for it. We rolled the dice and it paid off.” With a strong focus on specialty coffee as well as food sourced from local producers, the winning formula established at Sticks and Stones will soon be setting up shop in nearby Geelong also. “I don’t want to go back to Melbourne at all now,” says Michaelides. “I’ve got everything I need right here.”

These are just a few of the new wave of venues popping up around Torquay. We’ve collected a selection of businesses to add to your ‘must visit’ list next time you visit – whether you hit the surf or not. 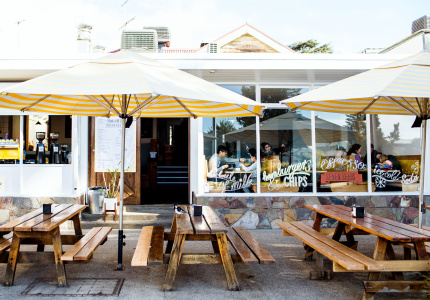