Ignore the Insta-buzz surrounding the “pink room” – there’s more to Torpe than that. 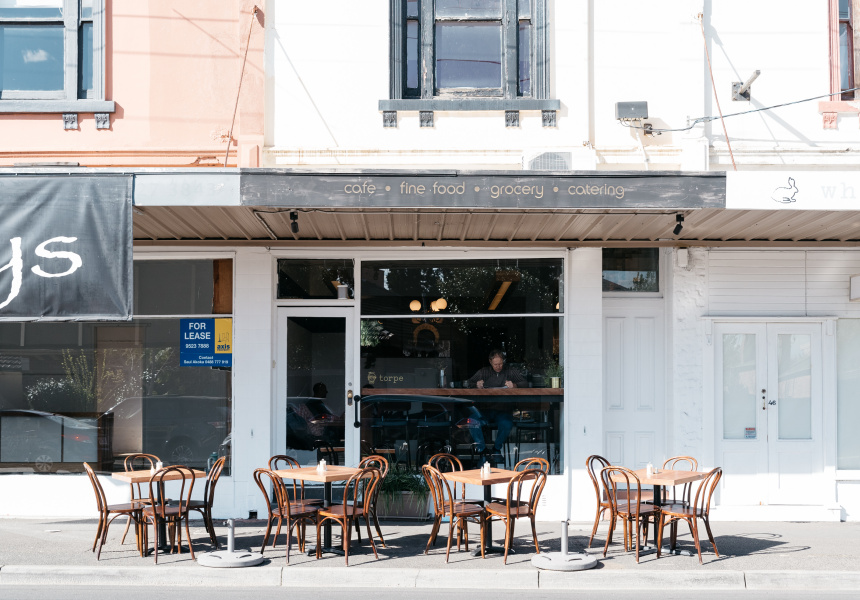 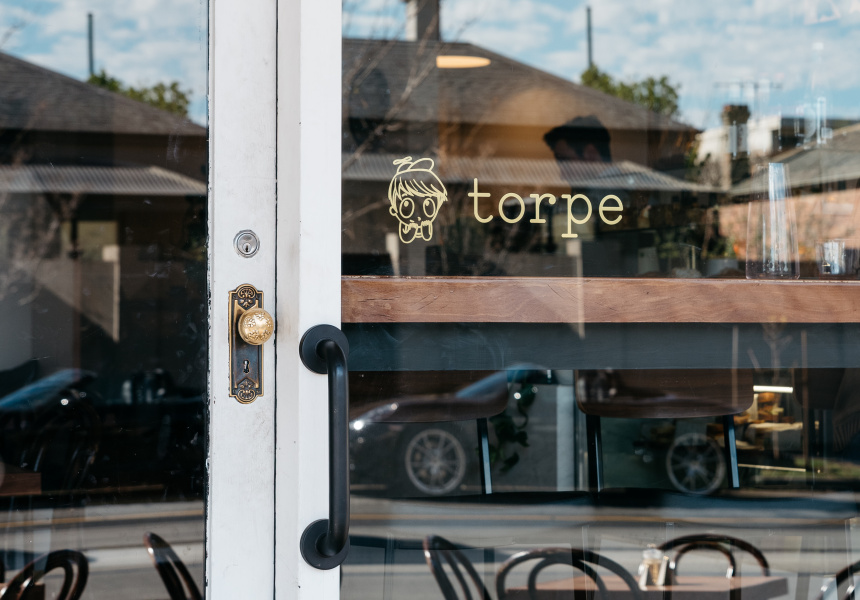 Armadale’s Torpe has oodles of endearing qualities. Co-owner Zachary Riggs’s grandmother, for example, visits each and every day. “She just started getting the paper delivered here instead of to her place,” Riggs says, with an unembarrassed grin. “It’s pretty great.”

This sense of casual community is what gives Torpe its soul. Opening four months ago on Wattletree Road, a short trot from Armadale’s High Street, Torpe feels comfortable among the stately homes canvassing the neighbourhood – it seems like it’s been there a long time.

The pair say Torpe, to them, means “being too shy to pursue amorous desires.”

“There’s always this playfulness between customers and their barista,” Riggs says. “Our name is a fitting nod to that.”

The north-facing terrace is brimming with natural light. Upcycled timber light fixtures provide a tonal contrast to walls of royal dark blue. Accents of pink (in the glassware and flamingo-patterned pillows) keep everything at a requisite level of cheekiness.

The menu is dutifully health conscious; acai, green brekky and soul bowls are the clear winners. There’s a myriad of vegan options, as well as the classics: chilli scrambled eggs, smashed avo and shakshuka.

The back courtyard is Torpe’s biggest drawcard, where sun dapples through the leaves of an enormous peppercorn tree. It’s dog friendly (there are “pup-cakes” on the menu), and there are gigantic planters with bourgeoning sage, mint, tomato and beetroot crops. A chicken coup has six clucky residents poised to move in. Riggs hopes to establish a gardening program with a nearby kindergarten.

Actually, Riggs has ideas coming out his ears. “Like life drawing classes, regular gallery launches and exhibitions, after-school activities,” he says, excitedly. “We want to open a deli and a pizza-pasta restaurant next door as well, but that’s down the track.” One project that’s well underway is Torpe After Dark, an upstairs wine bar.

The After Dark space is split into two rooms with distinct colour palettes. The blue room is as promised, with more royal blue and tabletops of black marble. The pink room is exhaustingly (Riggs says: “violently”) pink. Everything is the kind of deep hot pink that has unsurprisingly attracted Instagram attention. Although having one pink and one blue room sounds more like a gender-reveal party than a wine bar, the wine list is eclectic and enticing, with offerings from Jordan and Georgia alongside recognisable local options. Torpe After Dark will surely find its feet as its opening months unfold.

On our way out the door, as promised, Riggs’s pink-cardigan-clad grandmother enters the cafe. She blasts straight past us. Moments later, we spy through the window, she’s checking the herb garden. Judging by her satisfied nods everything seems to be in order.

This article first appeared on Broadsheet on November 5, 2018. Menu items may have changed since publication.