Right now, we’re settling into a new reality – one where picking up or ordering in is the new dining out – and some of the best venues in town have adapted with creativity and innovation.

You’ll find the full list of delicious new initiatives here, but for a tighter list of takeaway picks, as selected by Broadsheet editor Ellen Fraser, read on.

Got an excellent new takeaway suggestion we should check out? Let us know.

Samba Empadas
The empadão is confused for the empanada so often, Google is adamant I mean the latter, not the former, every time I type it in. But Thiago Mateus is out to popularise the dish in Melbourne.

Mateus moved here from Brazil seven years ago, carving meat tableside at a Brazilian restaurant, working for a few months at Mamasita, and cheffing at Red Hill bistro Polperro. Out of work due to lockdown, he made an empadão – a Brazilian dish a bit like a pie, with a crumbly shortcrust pastry – for a friend. Word soon spread, and he’s now delivering the popular street food all over Melbourne.

Pies are made using his mother’s recipe, and have either a spiced chicken and corn filling, flecked with Mount Zero olives and homemade sundried tomatoes; or a creamy one made from heart of palm, caramelised leek and garlic, weighing in at 1.6kg and 1.2kg respectively, so they’re undoubtedly family-size.

Only a small number of empadão are made each week, as Mateus does all the cooking from his Brunswick kitchen and makes deliveries himself. Despite already being run off his feet, he has plans to add a prawn version to the menu soon.

The chicken empadão costs $55 and the caramelised leek and palm heart empadão is $45. Delivery only, and orders can be placed over email.

Smith & Daughters’ pizza night
This new all-vegan pizza shop is by Shannon Martinez, the plant-based dining pioneer behind Smith & Daughters and Smith & Deli. But you’ll have to be quick to experience it – the ordering window is open for just 24 hours each week.

The a succinct menu of just four pizzas is entirely animal-product free, with traditional Neapolitan-style bases handmade by head chef Joshua Bosen and team. There’s a classic margherita with San Marzano tomatoes, mozzarella, basil and parmesan; a ricotta and artichoke pizza with basil pesto; and a fiery Sichuan one inspired by mapo tofu, with mushroom mapo, spring onion, coriander and chilli oil.

The fourth pizza is chosen by fans of the Smith & Daughters Instagram page in a poll that’ll open over the weekend (I’m voting for Hawaiian, sue me).

Pizzas cost between $21 and $23. Orders open 12pm Sunday and close 12pm Monday. Pick-up only from 175 Brunswick Street, Fitzroy between 5pm and 7pm Monday.

Mabu Mabu tuck shop
Nornie Bero’s Yarraville cafe is known for its use of native Australian ingredients in dishes designed to bring people together (mabu mabu is a Torres Strait expression that means “help yourself”).

In short: order lots, start out sharing politely, but be ready to nab the last of the kangaroo tail bourguignon with yam mash, the only remaining golden, crisp curl of pepperberry-dusted calamari, or the final yam chip or emu and samphire taco.

Add a bottle of the First Nations-run eatery’s house-made pineapple or bush tomato hot sauce for extra kick, and wash it all down with a non-alcoholic finger-lime cerveza or lemon-aspen pilsner, made in Queensland by Gamilaroi man Clinton Schultz.

Order ahead for pick up from 13 Anderson Street, Yarraville between 12pm and 7.30pm Wednesday to Saturday, or delivery to suburbs nearby.

Seekh kebab sausage rolls at Ish
Ganeev Bains remembers eating seekh kebab rolls as a kid in India. He’d get them at Karim’s, an Old Delhi restaurant open since 1913, but it’s a popular takeaway dish throughout northern India. Now, at his modern Indian diner, Ish, in Fitzroy, he’s doing them as a sausage rolls.

Instead of grilled meat skewers served in folded naan bread, here lamb mince – spiced with cumin, coriander, garam masala and chilli – is mixed with fresh green chilli, mint, garlic and onion, then wrapped in puff pastry. Despite the double load of chilli, the heat is pretty mild, and it comes with a mint and coriander chutney on the side.

Seekh kebab sausage rolls are $8.50 each and are available for pick up from 199 Gertrude Street, Fitzroy or delivery within 15km of the restauraant.

Made-to-order Piña Coladas from Leonardo’s Pizza Palace
With a swathe of pre-made bottled cocktails hitting the market, the crew at this good-time Italian diner wanted to shake things up, so to speak.

So, in addition to the Carlton eatery’s punchy pizzas, cheese-laden lasagne and natural wine selection, on Saturday nights you can pick up made-to-order Piña Coladas. The cocktails are made with rum, cold-pressed pineapple juice, coconut and fresh lime by Matt Stirling of top Melbourne bars Black Pearl and now-closed Fancy Free.

To order, just text a pineapple emoji to the restaurant (but be sure your finger doesn’t slip – on the emoji keyboard, the eggplant is dangerously close by).

Pina coladas are available from 3pm on Saturdays until sold out and must be ordered with food. Orde by texting a pineapple emoji to 0475 587 708, or online. 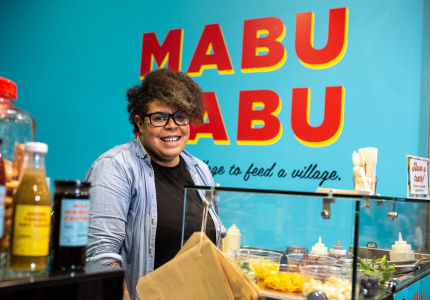 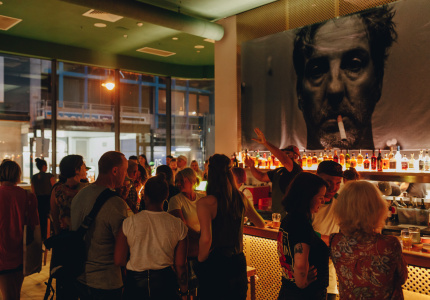 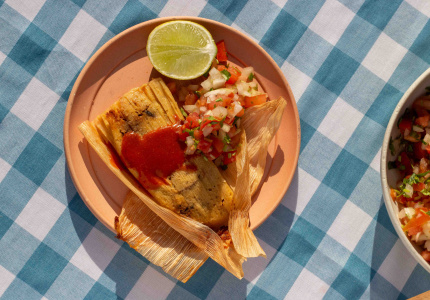 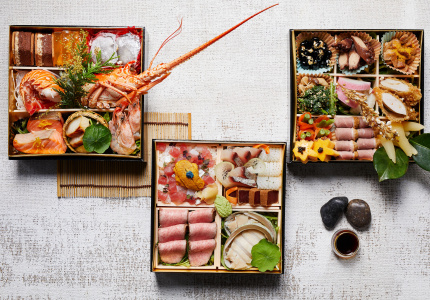 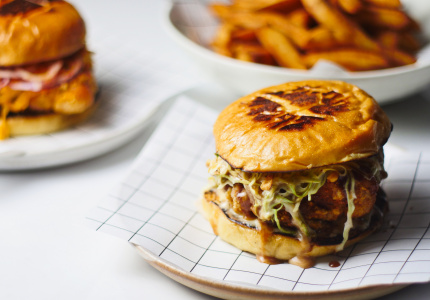