Plus killer regional Indian takeaway from a rising star chef; gluten-free cherry doughnuts and chocolate babka; a seafood paella that’ll transport you to the Spanish coast, and a beauty of a Basque cheesecake that’s burnished on the outside, silky in the middle. 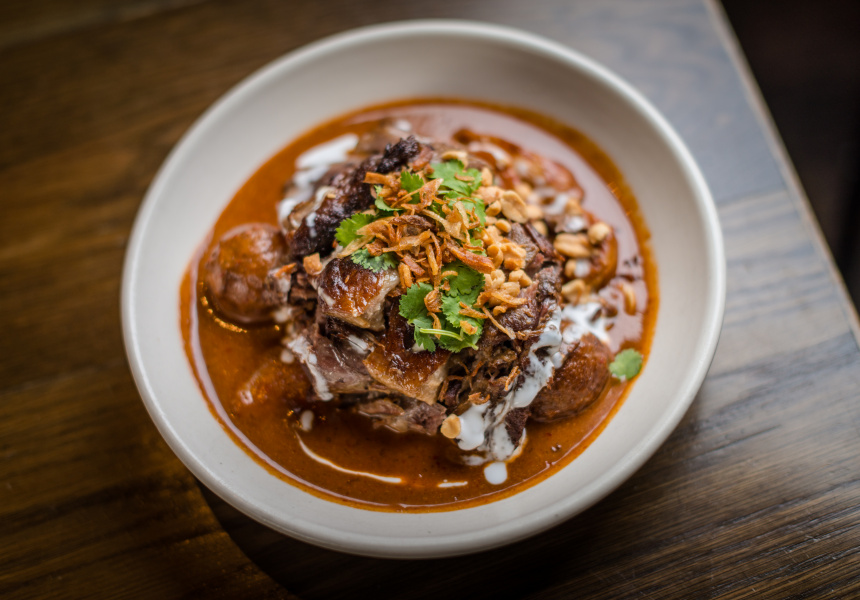 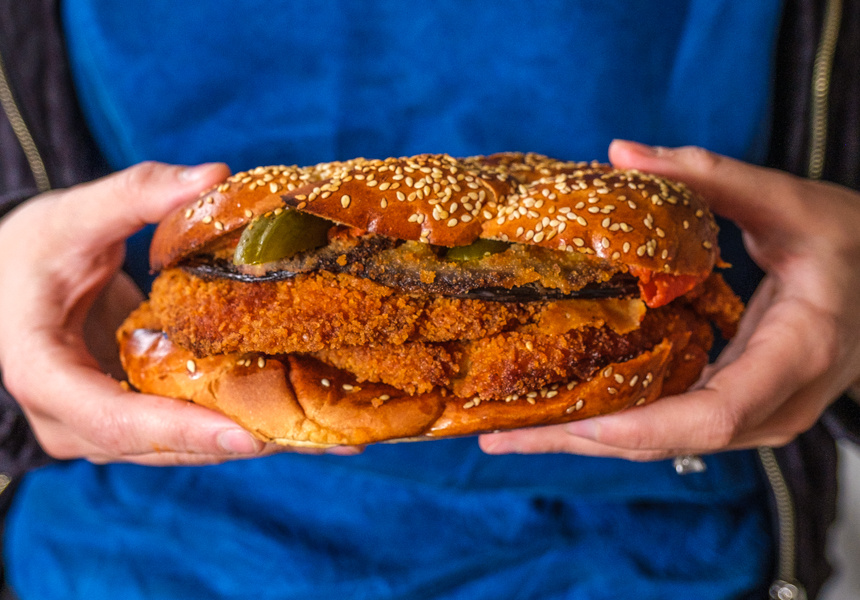 Right now, we’re settling into a new reality – one where picking up or ordering in is the new dining out – and some of the best venues in town have adapted with creativity and innovation.

You’ll find the full list of delicious new initiatives here, but for a tighter list of takeaway picks, as selected by Broadsheet Melbourne editor Ellen Fraser, read on.

Got an excellent new takeaway suggestion we should check out? Let us know.

Enter Via Laundry
When Broadsheet uncovered EnterViaLaundry in 2018, Helly Raichura was cooking for small groups in her Box Hill living room and flying mostly under the radar. Since then, her highly personal dinners have seen her popularity skyrocket, even getting her a stint on Masterchef in May. Now, she’s cooking weekly set menus of regional Indian cuisine. But this is not your everyday Indian takeaway. This week centres around the food of Jammu and Kashmir, where the use of tomato and creams is less common and big, punchy spices take centre stage. Dishes include gade pakode, fish fritters in spiced batter, usually reserved for celebrations; lamb yakhni, a fragrant stew of lamb slow-cooked in yoghurt, finished with fried onions and mint; and nadroo palak, a dish of lotus root cooked in spinach with mild heat courtesy of Kashmiri red chilli. Most dishes just need a few minutes in the microwave or oven, filling your home kitchen with the aroma of black cardamom, cloves, fennel and ginger.

Each menu runs for seven days, costs $115 and feeds two. Pick up from Burger Shurger, 297 Glen Huntly Road, Elsternwick, or get delivery for $10 extra.

Longrain
Longstanding Thai diner Longrain’s seemingly permanent closure earlier this year was one of Covid’s most high profile early restaurant casualties, but after chef Scott Pickett stepped in, it’s back. A more extensive takeaway menu is in the works, but for now there are just three curries – all Longrain faves – to choose from. There’s a green curry with Japanese pumpkin, snake beans and Thai basil, and a big hit of galangal and lemongrass; a sweet, salty panang curry with chargrilled lamb; and a mild beef brisket massaman with potatoes and pickled onion. They’re all vacuum-sealed, and come fresh or frozen, ready to throw in the freezer for (slightly fancy) emergencies.

Goodwin is also making hojicha (roasted green tea) canelés; chocolate cookies with gooey, layered nougat and caramel centres; sour cherry doughnuts; and sourdough loaves made with naturally leavened wild yeast. The glutenless goods are just right on the day they’re made, but due to the nature of some gluten-free starches, after that they’ll benefit from a little warming up – in the oven, the microwave, or a pan with some good butter – to restore them to their former glory.

Available Thursday to Sunday. Order by 5pm for pick-up from The Windsor Hotel, 111 Spring Street, Melbourne, or delivery within 15 kilometres ($15 to $30 extra) the following day.

The Left-Handed Chef
When Israeli chef Ehud Malka was a kid living in Jerusalem, his dad’s office was located next to the shuk (local market), so he’d spend hours there, wandering the winding paths lined with food stalls, from well-established fruit stalls, fishmongers and falafel shops to new microbrewies and vegan joints. At his South Melbourne restaurant, Malka’s food draws on the energy and buzz of that market, serving street food that’s big on flavour, with presentation coming second. Despite the takeaway switch, Malka’s still serving his popular hummus – get it topped with spiced lamb mince, or fried cauliflower dusted with za’atar. Pita pockets come stuffed with spit-roasted chicken, hummus, pickles and tahini; or chunky, handmade falafel and Israeli salad. If you’re feeding a few, a banquet for five people is $90, and there’s even a whole challah loaf filled with chicken schnitzel, crumbed eggplant, matbukha (tomato and red capsicum sauce) and pickles. Add Turkish coffee and – yep – more chocolate babka for dessert.

Pick up from 219 Park Street in South Melbourne, or get it delivered.

Sebastian
When Sebastian swept into Williamstown almost two years ago, one of its best assets was a sprawling beachside deck, complete with outdoor bar and day beds. Now the enormous eatery is channelling those Spanish coastal vibes through its at-home menu. Dishes might include whole charcoal-roasted flathead with confit carrots; leek croquettes with leek ash aioli; slow-cooked lamb shoulder with parsley and fennel dressing; and patatas bravas, a classic tapas dish of potatoes with romesco sauce. Dessert is none other than a baked Basque cheesecake – burnished on the outside, silky in the middle – and on Wednesdays there’s paella for two, studded with king prawns, smoked chicken, mussels, clams and squid.

Available Wednesday to Saturday. Set menus are for two or four people, and range from $60 (vegetarian, two people) to $120 (for four carnivores). Dessert, sides and wine cost extra. The seafood paella costs $45 and serves two. 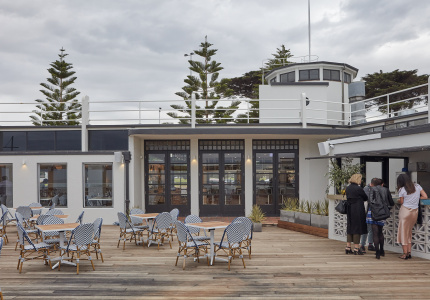