“When 10 people a week are telling you to start selling hummus, you really start thinking about it,” says chef Tom Sarafian, whose shuttered restaurant served hummus worth travelling for. After a seven-month hiatus, it’s back – in take-home form. 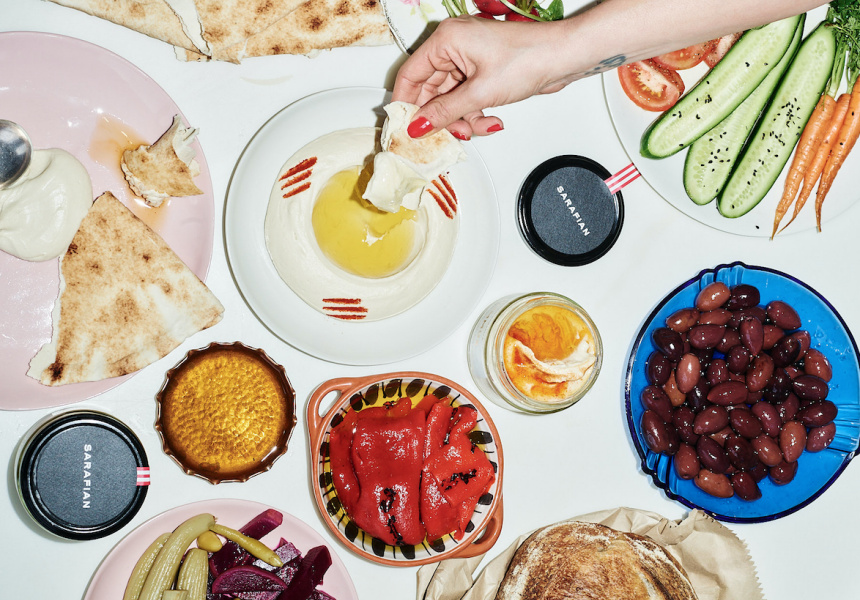 Tom Sarafian grew up eating homemade hummus during Sunday lunches at his grandparents’ house. Born in Armenia, they came to Australia via a stretch in Cairo, bringing Egypt’s food with them. Still, it took a recent plane ride to ignite Sarafian’s obsession with hummus.

“In between leaving Rumi and opening Bar Saracen [in 2018], I went back to Lebanon and Beirut,” the chef says. “I was really lucky – I had some food-writer friends take me out to some really incredible restaurants. I had some mind-blowing hummus experiences. It was the texture that blew me away. As delicious as my grandfather’s hummus was, it was always a little bit chunky. These were super smooth and creamy.”

After months refining his recipes, he opened Saracen intending to serve seasonal variations of hummus – an idea that fell apart once customers tasted his version topped with spanner crab and king prawn meat. It stayed on the menu permanently, becoming one of the city’s most popular and recognisable dishes, ordered and photographed by most tables at Saracen.

“People started giving us huge compliments, saying how delicious the hummus was,” Sarafian says. “When one person tells you that, you’re like, ‘Whatever.’ But when 10 people a week are telling you to start selling hummus, you really start thinking about it.”

Sarafian wanted to start selling the stuff weekend markets, but he was too busy running the restaurant. When it closed in January, his schedule emptied right out. Sarafian was born.

“The first things I taste when I have supermarket hummus are citric acid and vinegar, which I think they add instead of lemon juice because it makes the hummus last a lot longer,” Sarafian says. “But for me it gives it this horrible sour acidity, rather than a pleasant fresh lemon juice flavour.”

This hummus is also smoother, creamier and more delicate, without the acrid garlickiness of some brands. I hoovered up half of my first 300-gram jar in one sitting.

“For me it’s really important to taste all the ingredients in harmony,” Sarafian says. “Nothing should overpower anything else.”

Sarafian hummus is available from Friday August 27 at Baker Bleu, Morning Market (Fitzroy and Prahran), Meatsmith (Fitzroy, St Kilda, Brighton and Balwyn) and All Are Welcome (Northcote only), with more retailers to be announced soon. 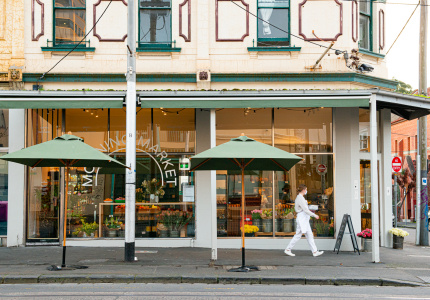 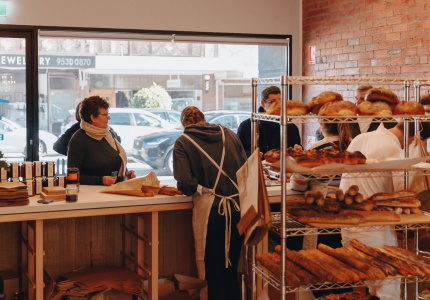